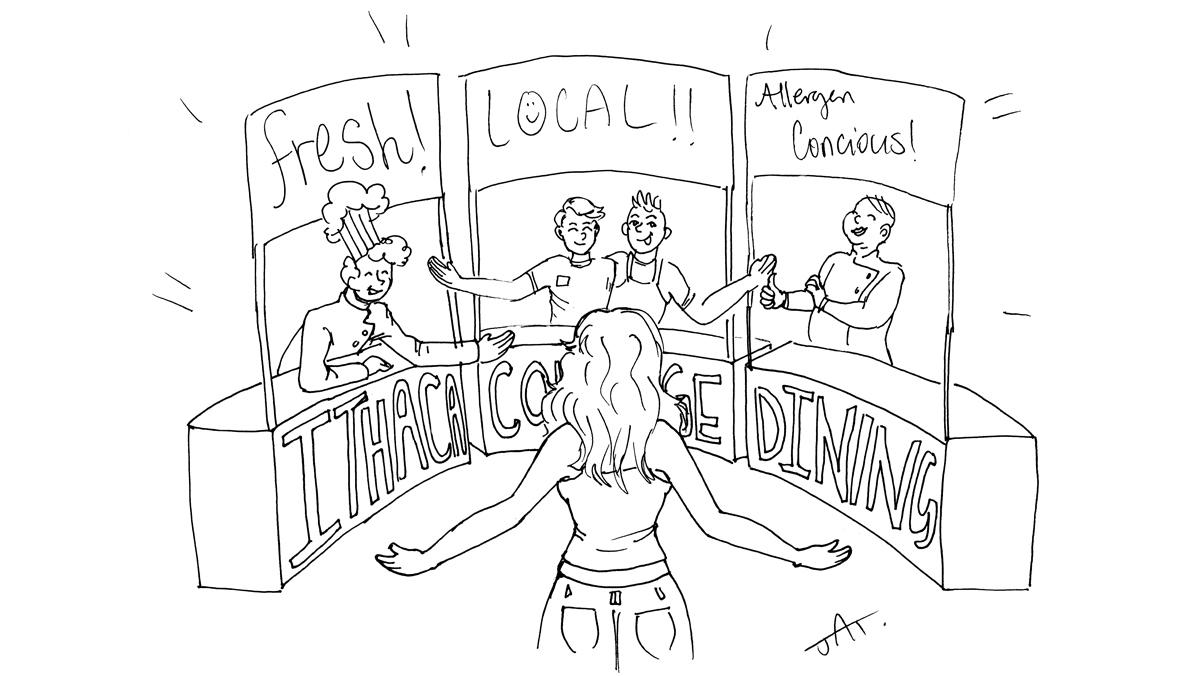 In March 2019, Ithaca College announced its decision not to renew its contract with Sodexo, a food service management company. The change was based on a comprehensive review of its dining programs, which included a campus-wide survey, an open forum and collaboration with nationally recognized food consultants. In June, the college took dining operations and retail dining services into its own hands.

The introduction of local food providers to college dining services is an exciting step for the college community — and a smart move for the college. Its relationship with Sodexo prompted a number of student complaints, primarily relating to accessibility for those with food restrictions and the overall food quality. The college’s new plan not only addresses these concerns but innovates dining services through the promotion and appreciation of local businesses.

The larger Ithaca community strongly revolves around the idea of local living and entertainment. The city often encourages “buy local” and “shop local” initiatives — initiatives that, through the new dining plan, the college now shows support for. Its five-year strategic plan, released July 2019, voices commitment to building community partnerships that will help optimize resources, model stewardship of shared resources and serve the public good. The new dining plan does just that.

The college has yet to identify the exact cost difference between its former contract with Sodexo and the new in-house dining plan; what is certain, however, is that the new program will be cheaper for students who opt into the meal plan. This lowered cost is the first step in helping to alleviate financial burdens and food insecurity among students.

The expanded and improved presence of local food, beverage and retail providers at the college will help alleviate a sense of isolation that often plagues students “up on the hill,” encouraging familiarity among students, Ithaca residents and businesses. The change will promote and retain the local economy and help students better understand and appreciate the culture of the larger community itself.