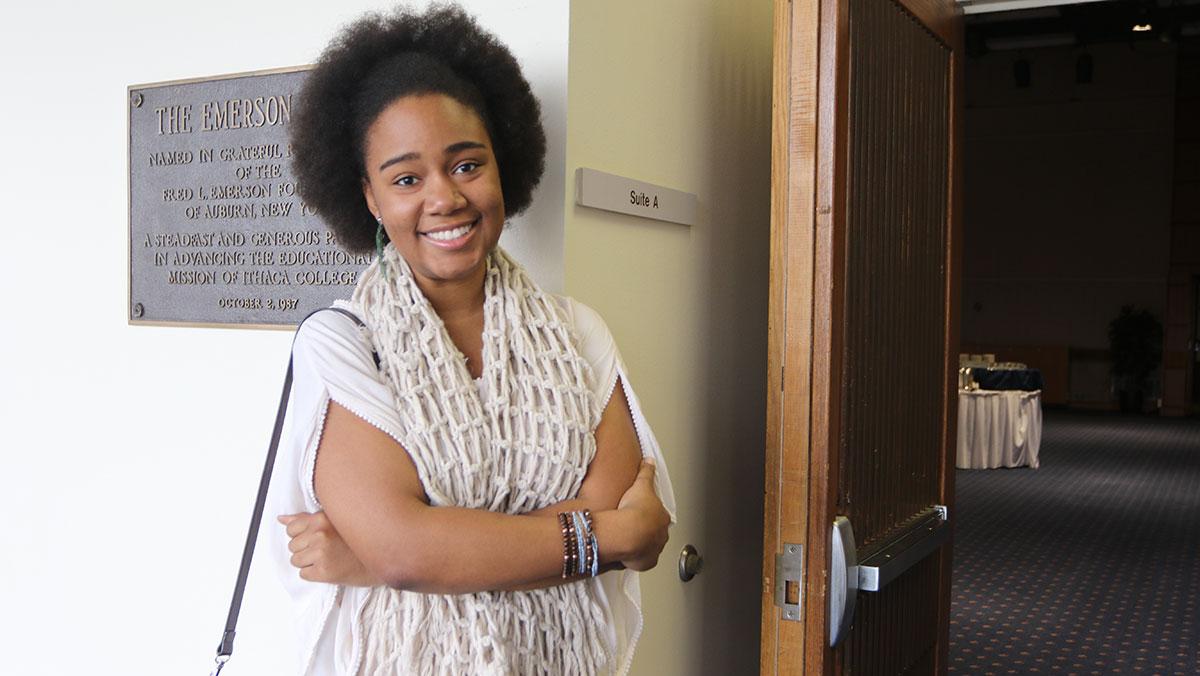 The idea for last week’s IC Color week grew out of conversations following the events and protests of the fall semester, and now, IC Color will continue as a student organization.

Founded by senior Namarah McCall, IC Color will seek to unite different pockets of campus around common issues and respond to them in artistic ways, as was the theme of last week’s series of events highlighting specific marginalized communities. Opinion Editor Kayla Dwyer spoke with McCall about her inspiration for this alternative response, what it adds to the community and how IC Color will move forward in this vision.

Kayla Dwyer: How did the original idea for an IC Color event come up?

Namarah McCall: There were a group of students that were meeting at the School of Music — it was the POC at IC at the School of Music group that Laura Douthit organized with Dean Paulnack — and there were a few sessions where people were talking about a few things and asking if there was some type of alternative response in regards to everything that was happening during the fall semester. I raised my hand and was like, “Hey, I love that we’re talking about these things, but why isn’t it that we just do something.” … I kind of took the lead, and my approach was to first do a concert, which was the collaborative concert on Sunday. My vision was to involve as many groups on campus as possible. … When I revisited the idea of a collaborative concert, the concert seemed to me like a little fix-it: If it was just this one two-hour thing that was for diversity and inclusivity, then everyone kind of comes, they feel good, feel good about feeling bad, feel good about immersing themselves in this quote-unquote “culture” and then go on their way. Making it a weeklong thing gives it time for people to resonate with it, talk about it and really have a more eloquent conversation about the topics.

KD: You mentioned this arose out of a desire for an “alternative response.” Based on those conversations, what do you think might have been missing from responses to what was happening?

NM: I don’t think anything, in particular, was missing. If anything, it’s just that certain tools are able to connect with people in different ways, so you have to find multiple ways to pump out the same information in order to impact as many people as possible. It’s great that there are protests, it’s great that there are talking sessions, but some people don’t like to be talked at, some people don’t like to go out and be a part of the protests. Some people like to just go and experience art, reflect on their own situations and have their own private conversations. …  I would never say that anything was actually missing in the past talks, but in order for you to have the greatest impact that you possibly can, you can’t just do the same thing over and over again. You have to use the same information and use different ways for people to see the connections and how it affects other people.

KD: I read that another purpose for this week has been to “celebrate the progress.” What kind of progress has there been since last semester that you see?

NM: For students to convince an administrator to do anything is a big deal, regardless of him not resigning immediately when we wanted it to happen. … This is not about Tom Rochon, but this is just one aspect of how much the student body, the faculty and the staff have so much of an influence on this campus that they don’t really realize until they actually get into these action-oriented events. … Our campus is usually a very disconnected campus. Regardless of what the issue is, what the activities are, everyone kind of lives in their own world. To see so many people put their own personal experiences and personal issues aside and come together for this issue that they all deeply believe in — I thought that was incredibly powerful and incredibly beautiful. I wanted to have an artistic kind of response to that, to put that on display, to see how beautiful it is to bring so many people from different aspects of the Ithaca College community together and do something so great like that. One of the secondary objective goals of IC Color is to inspire an atmosphere like that … to have IC Color be that bridge for these other student organizations, for them to be able to collaborate.

KD: Do you have plans in place for ensuring the continuity of IC Color?

NM: We actually are in the works of establishing it as a student organization. We already have someone who has agreed to be our adviser, and we had a few people sign up throughout the week. … If anyone is interested to be a part of IC Color, they’re more than welcome to send their information to the Facebook group or email me using my Ithaca email.

KD: What do you think of the student response to IC Color week, it being the first one?

NM: I think students responded to the events the way I expected, meaning that because we are generally a disconnected campus, it’s very hard for everyone’s voices to get heard. So we had specific engagement in specific events. … I would say it was an average turnout, but at the same time, I really wasn’t surprised with that because it is the first of its kind, and like I already mentioned, we are on a pretty disconnected campus. Looking back on it, I definitely could have made other decisions in the way that we could have promoted IC Color, but again, it’s a trial thing, and there was no real format or blueprint for us to go about this. … I was really happy with what came out of IC Color week.