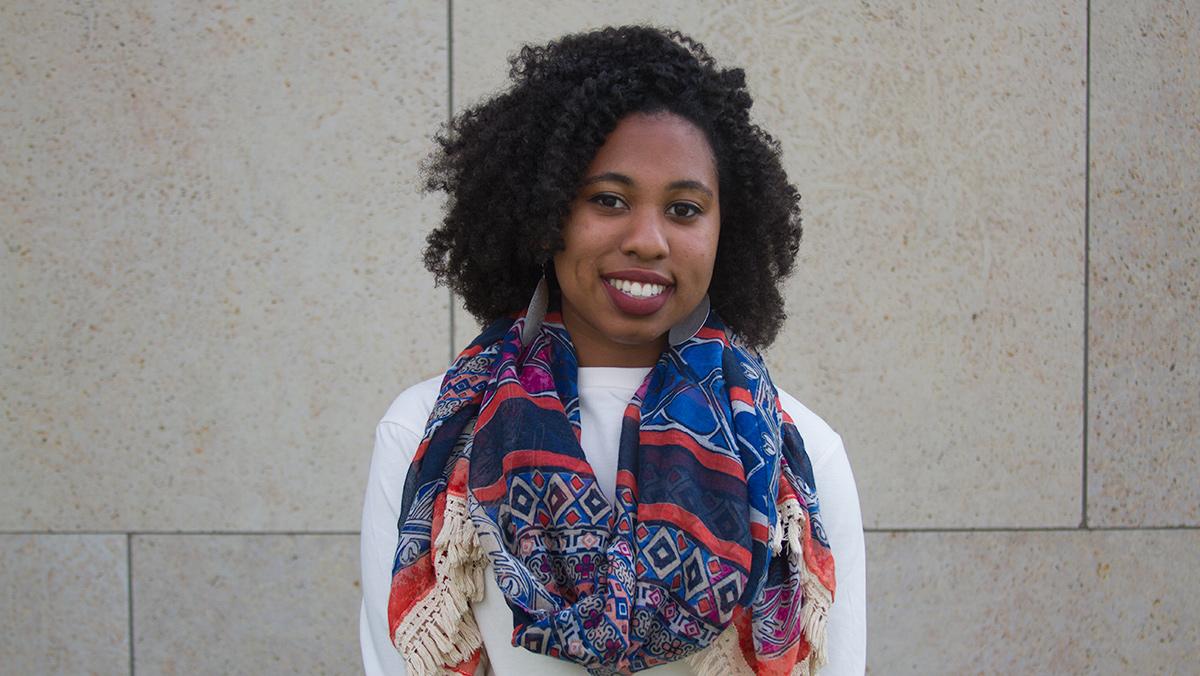 The act of raising awareness of a certain topic can take many forms, such as through writing, video or the spoken word. Ithaca College sophomore Victoria Jackson is using YouTube as her platform for her video series, “Raising Consciousness.”

In her debut video for “Raising Consciousness,” Jackson defines the phrase as “the moments in our lives when we experience something that challenges or changes the way we think about the world and the people in it.” Jackson’s videos touch on issues of race and gender by telling stories about her personal experiences. The series also invites viewers to submit their own “raising consciousness” stories to be discussed in her videos.

Opinion Editor Celisa Calacal spoke with Jackson about her inspiration behind “Raising Consciousness,” her passion for storytelling and her interests in the topics of race, class and gender.

Celisa Calacal: What inspired you to start “Raising Consciousness”?

Victoria Jackson: I started two years ago before I actually got to college, and before that,  I was the Spectrum diversity president at … my old high school. And basically one of the things that I learned from my club members was … the power of stories and what people have to go through and what the people harbor on a daily basis and what do they have to receive on a daily basis. And what annoyed me was that it wasn’t being televised. It wasn’t being taken into consideration. It wasn’t really being talked about. And so that’s what my goal for RC’s story was: to start raising consciousness, but just to tell our story and our words in our way, in our writing, and not have … media say it in a way that is for ratings or something like that, because these people are going through real things. And then same with me … when I do my own raising consciousness, it’s basically showing also my story of not being the typical story of a black person that you see on the TV or that you see on movies. You don’t see too many black people coming from suburbs, going to private-school education and then going to college and stuff — so I wanted to get that story out there as well.

CC: Where does your passion for this kind of storytelling come from?

VJ: Actually it comes from a lot of different areas. I’ve always liked writing, poetry; I song write, and I write my own music, and I’m starting to learn how to produce it. … But ever since I could remember, my dad’s always been telling me stories about his family: where did he come from, and just funny stories that have nothing to do with anything but gives a moral at the end. And so I feel as though I’ve been surrounded by stories my entire life, and that’s where my passion comes from. … I realized that there is a certain power to storytelling and who tells it because there’s a reason why they call it “history” instead of “our story,” and so I hope to change the narrative of storytelling in general.

CC: How do your identity and personal experiences tie into what you talk about in your videos?

VJ: My personal experiences tie into it because some people don’t know what to talk about in their arts and stories, and so hopefully, by looking at my videos, people can be inspired to, “Oh I can write a story about that too.” … My stories are basically examples of what people can write about in their own way. Of course, not everybody has experiences I have, but if they do, please share. And also, I do it in a way that — ’cause I can be very deep, very easily and very quickly — and so I try to do it in a way that is also light-hearted. That’s why I do day-to-day, basic things instead of the overall how does this accumulate to my pressure being here at a PWI [predominantly white institution]. … That’s kind of how my stories relate to RC’s story, which is at the heart of what I’m trying to do. And then hopefully later on once I know what to do, how to make videos and stuff, later on I hope to create actual video productions of these people’s stories through a more visual, aesthetic way instead of just me saying it from a paper.

VJ: So as I said, I went to private school. So what that entails is I went to school in the top 1 percent, and the more you go up in the social hierarchy system, the more white it gets. … My mom purposely did that to me and my brother. Since we’re in kindergarten to ninth grade, I’ve been the only black girl in my class for a long time. So coming here, … the only difference is that people are more conscious and I’m more conscious. Back then … I had questions, and no one was giving me the answers to the questions, and I just ended up being confused, therefore pushing it back to the side. But now I feel like I can’t push it back anywhere. It’s going to be in me. It’s going to follow me into my classroom. It’s going to follow me to the hallways of my first floor. Every person I meet I’m going to feel some type of way. And it’s almost like that ignorance is kind of just gone.

CC: When people watch your videos, what do you hope they get from watching?

VJ: Honestly, hopefully when they watch my videos, I hope that it just gets them thinking. And because some of the stories that I have received for RC story’s submissions, they have been pretty on the deeper side. And hopefully with those stories, people will think and think so much that they want to change something about it. Because not everyone has to go through what these people have to go through, and I feel like that’s not fair. And therefore those people, because of all those pressures that they have, they have to work twice as hard just to even get up in the morning and still stay motivated and still tell themselves things that society tells them they’re not. And that’s what I hope people can understand, you know when people say that, “Oh they’re just complaining. They just didn’t work hard enough. They just didn’t do that and the third.” I’m just like, do you even know their lives? Do you even know the things they see on a daily basis and hear on a daily basis, including my life? And hopefully with my life, people can understand that there is an alternate narrative to this idea of the “black story.” … Hopefully people can create some sort of understanding, create conversations, create thinking spaces instead of safe spaces, just thinking spaces in general. Because even if we create this so-called safe space, most of us don’t feel safe. No matter how much we put on a bulletin board, “This is a safe space,” if you’re a person of color talking about what it’s like to be a person of color you don’t feel safe. You feel invaded, especially if you’re with people that don’t get it, don’t want to get it and will never get it. … So that’s what I hope people can understand.