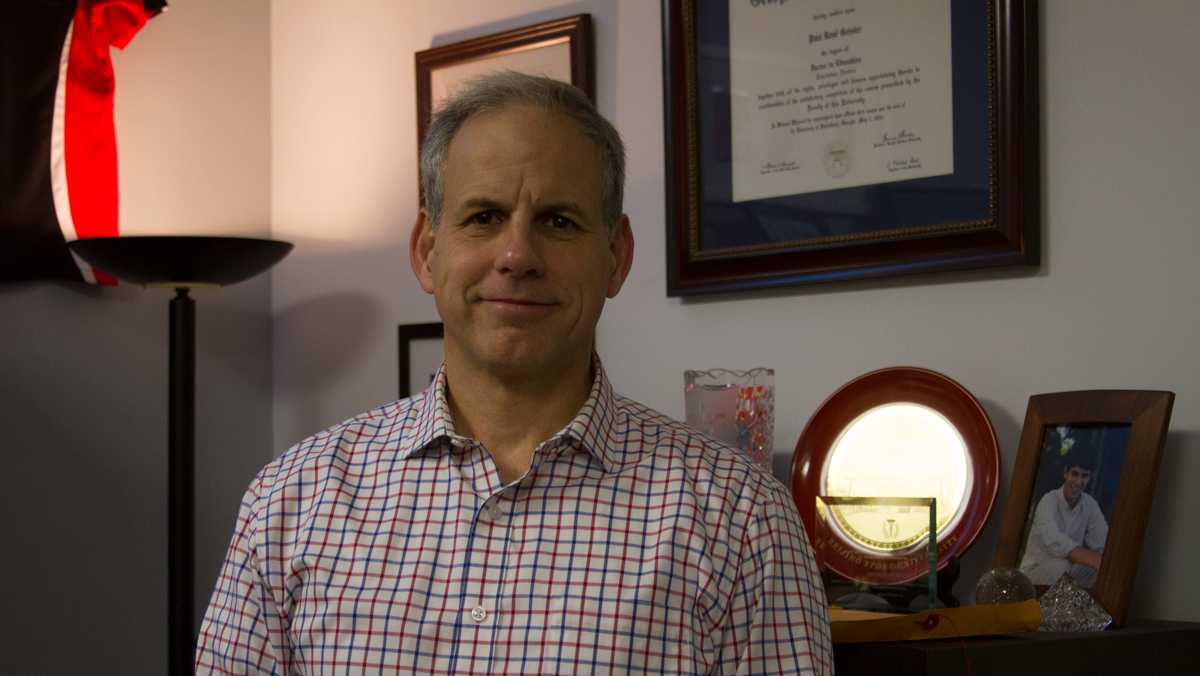 Paul Geisler, associate professor and program director of athletic training in the Department of Exercise and Sport Sciences, helped organize and presented at the Eastern Athletic Trainers Association’s first Educators Conference. Geisler presented on the merits of Ithaca College’s athletic training program at the conference on Jan. 5.

Opinion Editor Meaghan McElroy spoke to Geisler about the conference, how it improves his teaching and what his hopes are for the future.

Meaghan McElroy: I read that this was the inaugural conference. How did this come together? Were you a part of that?

Paul Geisler: Yes. Our profession has an educator’s conference every other year in Dallas that’s nationwide and it’s for people in my position, who are involved in education. A lot of people can’t afford to get there, or it’s too far to go for some people. The EATA [Eastern Athletic Trainers Association], which is a subdivision of the national organization, has a lot of accredited AT programs — that’s all of New England, New York, Pennsylvania, Delaware, New Jersey. … I simply came up with the idea four years ago. I’ve been on the research committee for seven years, but as we were talking about future changes we’d like to make, I came up with the idea of our own educator’s session on alternate years of the national conference. The executive board of the EATA heard about the idea, thought it was a good idea and said “go for it.” So I was on the organizing committee for this one, the first one, and it’ll be every other year now.

PG: My doctorate is in education, so my interest is really in the art and science of health care education; in particular, my sense is germane to athletic training. I beg, borrow and steal from medical educators that have been doing this a lot longer than I have. The curriculum design, the way we teach, the way we assess is based on a lot of information from medical information. … I’m passionate about and I’ve been a proponent of more people in my field pushing the envelope a little bit, becoming a little more artistic or a little more scientific in the ways they teach and how they run programs. Having this conference every other year is a part of that, to create a better space for educators in the Northeast to share research, ideas and experiences. Personally, I’m fascinated with what medical education has done over the years. I’ve taken the best of that — what they offer and what they’ve published — and I’ve tried to put that in our model, so that our model is based on what education has proven works. That was the focus of my talk.

MM: You gave a presentation on the structural model of this program, but what makes the program at Ithaca so unique?

PG: First of all, it’s much more based on bioscientific information than a lot of other AT programs. We work hard to stay up to date on biomedical knowledge behind what we do. … Number two, we approach it from a thinking-based approach, I guess is the easy way to say it. Everything we teach in every one of our classes is about thought process and a student’s ability to defend an answer and explain an answer. If they can do that, when they confront something in the future that we didn’t cover or they can’t remember, they can problem-solve their way through it. The other part is it’s medically based, it’s based on medical cognition, so we’ve done a lot of research on what makes a medical expert. … The idea physicians who are deemed experts — what characteristics do they have?  For example, experts are known to be very reflective. They think a lot about what they’re thinking and they act on that. They seek out deliberate practice — they don’t want to just do it, they want to do it perfectly and seek out feedback. They have extremely well-organized minds so they can easily access information. We teach from an organizational standpoint so that students process the information and turn it into knowledge.

MM: In terms of the conference, what are your hopes for the future of that?

PG: That it continues — because an executive board of a committee can cancel it because it costs money to do some extra stuff. That it grows — 60 people signed up, but only 30 people made it because of that blizzard that hit us. That we have newer scholars submit abstracts on creative and newer ideas, and that we have people from people from medicine that are already doing this stuff.