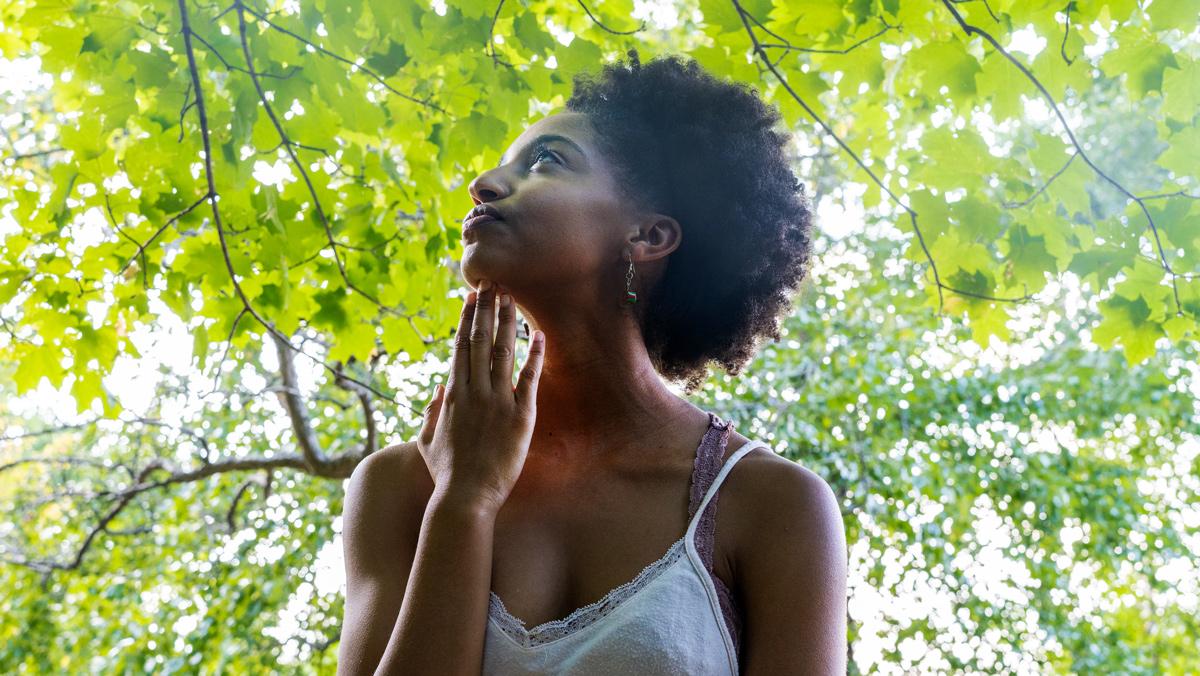 Lockett’s research was funded by Ithaca College’s School of Humanities and Sciences Summer Scholars Program. The competitive program funds students, a benefit that allows them to conduct research of their choice and connects them with faculty mentors.

Opinion Editor Brontë Cook spoke to Lockett about her personal connection to Hansberry, her complicated research process and her first experience with writing a play.

Brontë Cook: Tell me about Hansberry. Who was she?

Erin Lockett: She is an amazing black queer woman who was a writer. She is a poet. She is a playwright. She painted for a little bit in college in Mexico. She’s mostly known for her plays, like “A Raisin in the Sun.” Everybody knows “A Raisin in the Sun.” … She was around with James Baldwin and Langston Hughes, that group; those are her contemporaries. … She also wrote under a false name for a lesbian magazine. …

She ended up being a recluse. She lived in the woods a lot. … She was just alone with her husband at the time. … Their whole relationship was really interesting. … He knew she was gay, but they had a very intense companionship. … There was no animosity there. They were best friends. … But layering that on top of her actual sexuality, it’s very confusing. And it was really difficult writing about it because so much of that stuff was kept under wraps.

Her relationship with women … one of the characters [in my play] becomes a metaphor for that. Mary is a white student she meets while studying abroad in Mexico. … I wrote it like that because when you’re left with so little information about something, … it was such an important part of her life. And the frustrating part is not having anything to root that in like actual names and letters that were passed between people. I had to make it a metaphor, but I’m really happy it turned out in a pretty poetic way.

BC: So, this one-act play that you wrote about Hansberry’s life … it was inspired by your summer research. Why did you choose to do your summer project on her?

EL: [My professor] watched a … documentary about Lorraine Hansberry, and she was like, ‘Why hasn’t anyone ever written anything about this? Why isn’t there a play about just her and not about her work?’ … So she talked to me and she was like, ‘You should watch this — get to know her a little bit and see if you want to write something.’ I don’t know why she thought I could write — I never mentioned being able to write anything. But I watched it, and I really, really enjoyed it. And then, at some point later, I heard about the Summer Scholar project. What kind of sold me on it was that I would get paid over the summer to basically do [research on] whatever I wanted. So I was like, “Well, okay, I’ll research her and I’ll write about her,” … and then it kind of just kept growing into this big thing. At a certain point, I was like, “I’m gonna write a play.” … It was a lot of just throwing things out there and people being interested enough in me having to show up and do things, but it worked out. They paid for trips to the city to do research, which is fun.

BC: Can you tell me about your one-act?

EL: It starts with … the ending of “A Raisin in the Sun,” and then it goes into her life. … It’s chronological. You follow her through school, and you follow her through Mexico. Her father also died when she was 15, so a lot of it is her looking for her father and then trying to find herself. She ends up finding herself. … She goes to Mexico, she finds her identity, … like who she is and who she wants to be. She ends up dying at the end because that’s what happens.

BC: How much of it is fact? And how much did you weave in a sort of fictional narrative?

EL: Most of the play is true facts. … I have some of her writings in there, … some of her letters. I have her newspaper clippings. … All the stuff that I found in the archives are verbatim, but stuff like the metaphor of the queer relationship in Mexico — that’s made up. There was no one named Mary.

BC: So how did you do your research? You said that a lot of her history is hidden, like her sexuality. How did you begin to uncover who she really was?

EL: I started with her plays. I started reading “A Raisin in the Sun.” … I went to the Schomburg Research Center in Harlem. They have this giant archive of boxes and boxes of her actual letters and her actual journal entries. … In her high school yearbook, she wrote in stuff like, “Wow!” next to a guy who was shirtless in a swimming picture, stuff like that. … It just humanized her so much. … I went there a few times. … There’s a biography called “Looking for Lorraine,” which is really good. It goes through her life chronologically. … That’s when I started picking up on the similarities between her life and the letters I’d read earlier. … When she was young, her dad … moved her family, her full black family into this white neighborhood. … Of course, there’s a riot. [Neighbors] threw a brick through the window — it nearly hit her. … That parallels perfectly with the ending of “[A] Raisin in the Sun.” … It’s about a black family, … and at the end, they end up moving to a white neighborhood. … You never see what happens after, but … she put herself in the play. … I also assistant directed “[A] Raisin in the Sun” at the Hangar Theatre.

BC: What was it like to assistant direct “A Raisin in the Sun” after doing research on Hansberry?

EL: I’ve never assistant directed anything. I’m always acting, so that was cool. At the beginning, I had to really bite my tongue … “That’s not how it’s written” and that type of thing. … But then I had to take a step back and think like, ‘Okay, a play’s a play.’ … It was very valuable. … It was really fun. I’m grateful to have had that opportunity.

BC: Do you think you’ll ever produce your play?

EL: Some people have encouraged me to do a little showing of it at the end of the year since it is so short. … It’s my senior year, so why not try?

Q&A: Professor invited to star in one-woman play in Lebanon