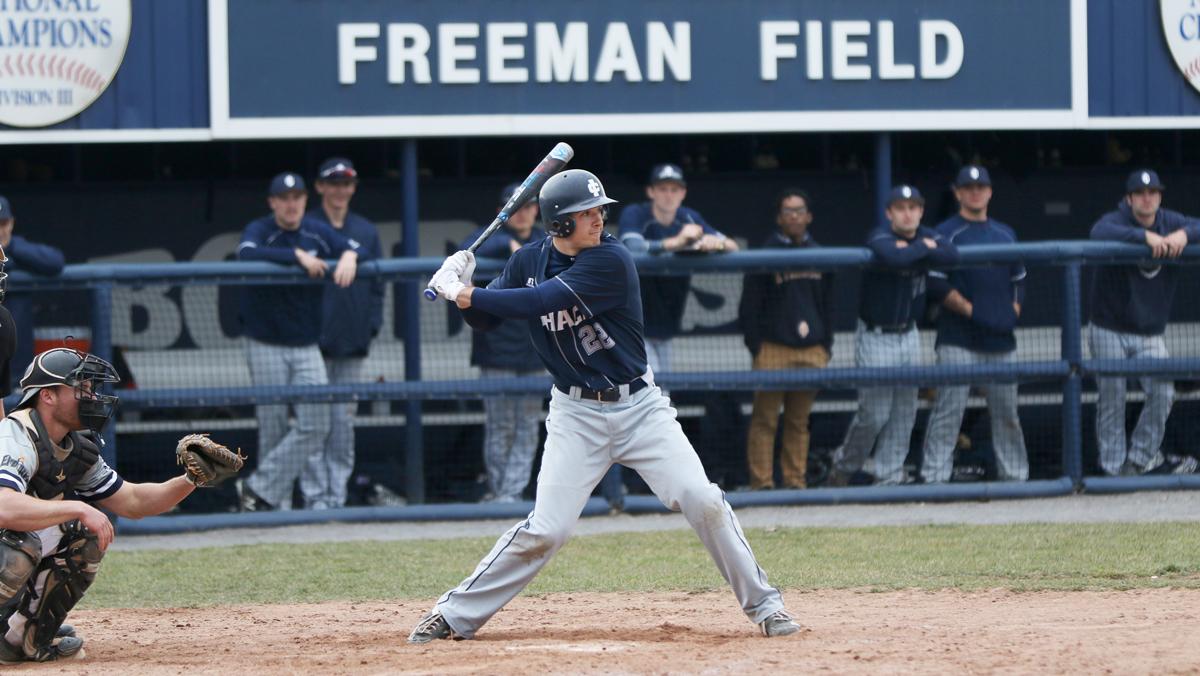 George Valesente, former head baseball coach at Ithaca College, will be remembered for his 41-year coaching career. Even as he steps away from the position, he will have a lasting impact on the program with a new fund established in his name.

Three former Ithaca College baseball players started the George Valesente ’66 Endowed Baseball Fund. Steve Guinan ’86, Gregg Kidd ’84 and Dave Feldman ’56 provided the funding to establish this endowment in honor of the iconic coach. The fund was created to provide the baseball team with the resources it needs to grow the program. This includes providing funding for the team’s annual spring trip to California, where the Bombers usually begin each season. The alumni endowment will also be put toward purchasing new equipment and upgrading facilities, like the field. Kidd said he has committed to contributing $25,000 and believes the fund will have approximately $100,000 to start. This amount is in total, not yearly.

Valesente said the team will not be traveling to California this season due to the changes in the academic calendar and travel restrictions and will most likely be playing its games within the state. The college has yet to make a decision regarding spring sports competition. The college stated in its announcement Nov. 9 that a decision would be made in January or February.

Senior outfielder Garrett Callaghan said he is grateful to the alumni who are making the effort to improve the program.

“It’s so great to see that we have so many alumni willing to push us to even newer levels,” Callaghan said. “Whether it’s financial support or building facilities for us or paying our way out to California for a year, it means a lot.”

Kidd said he believes the establishment of the fund can be attributed to the impact that Valesente left on the hundreds of players he coached in his tenure with the program. In over four decades as head coach, he served as a mentor both on and off the diamond.

“He was a good role model,” Kidd said. “He probably instilled some level of discipline in me that I didn’t have. I absolutely got more out of the four years involved with the baseball program than I did from the educational aspect, which should say a lot.”

Valesente came to South Hill in 1962 as a three–sport athlete, competing on the Bombers’ soccer, basketball and baseball teams. The 2005 American Baseball Coaches Association Hall of Fame inductee led the Bombers to two national titles and 1,136 victories in his career.

Valesente said that he is honored that his former players hold him in such high regard and that he is proud that their experience with the baseball team has prompted them to give back to the program. Valesente said he hopes that the fund will help the team remain competitive against opposing schools.

“It’s wonderful to know that my time coaching has been instrumental in the development of young men’s lives as they mature, developing discipline, work ethic, dedication and humility,” Valesente said. “Knowing that this endowment for the baseball program will provide assistance which can be drawn upon for many years is sincerely gratifying.”

“It’s incredible,” David Valesente said. “It’s something that’s highly valuable to our program. It really speaks to the relationships and the connections that my dad built with hundreds of players. Now, having the opportunity for them and my dad to give back to the program annually is very special.”