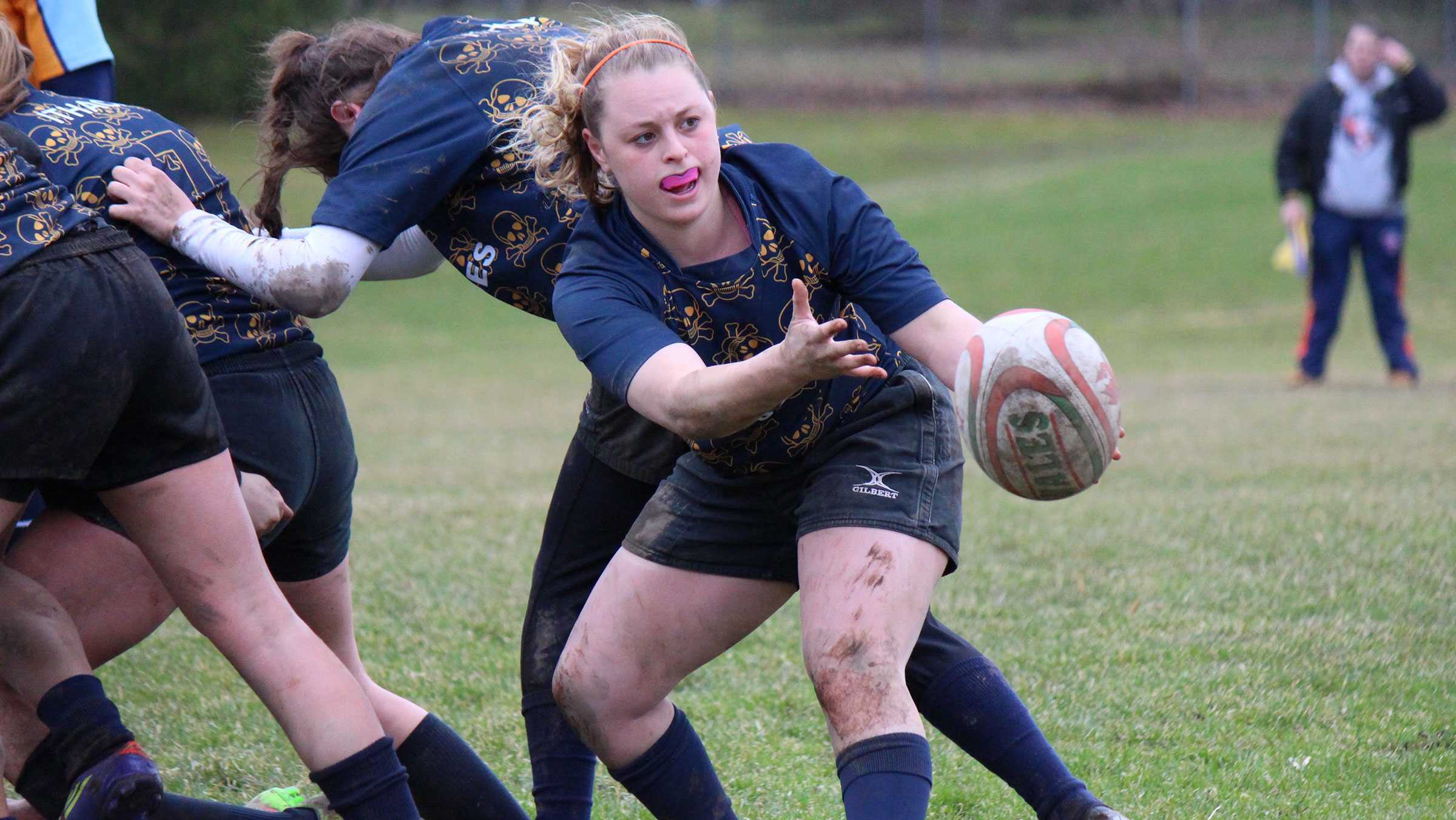 When it comes to team sports, a collective effort is second nature to athletes. But when two teams lack enough players to actually field a team, the collective effort imparted by both squads may eventually have to become collaborative.

This was the case this past summer when two successful groups of women’s rugby players came together to form a more-than-victorious team.

For the past nine years, the Ithaca Avengers, one of the largest women’s senior-side rugby programs in upstate New York, have been playing rugby summer Sevens. But the team, made up of local players of varying ages — from college graduates to women in their 40s and 50s — ran into one small problem before its summer season could start: The squad did not have enough players to actually have a team.

In May, the Avengers only had three players on the Sevens’ roster when the team would need at least seven to compete in matches.

Thus, a group that has been dominating the Sevens scene for quite some time was looking for some new teammates, and it didn’t have to look any further than the women on the Ithaca College women’s rugby team, a squad of talented players the Avengers have faced in the past.

Six players were up for the challenge from the college’s club team, despite knowing they had to get accustomed to a new team and a new style of play. Compared to 15s, the more traditional form of rugby that the college team plays, Sevens has a faster pace and high-scoring nature, and fewer players per team.

Last year, USA Sevens Rugby matches were aired on NBC, where an average of 1.23 million viewers tuned in to the network’s USA Sevens Rugby coverage. Farrell said because of its nature and heavy promotion, Sevens is becoming more popular as a spectator sport. It will also be debuting at the 2016 Summer Olympics.

Cheney, captain of the women’s club-rugby squad, said she enjoyed playing on the Avengers because she was able to learn from knowledgeable players whose years of involvement have taught them what it takes to be successful on the pitch.

“A majority of their players are very experienced, and so being able to learn from them is super awesome,” she said. “They also play a different type of game. They are always about possession and smart passes, and we’re more about getting the ball and running. It was nice to learn from them, and [we will] take that to our team in the fall.”

However, this was not the first occasion the two teams played on the same field, as the college’s team and the Avengers have faced each other on the rugby pitch in past years.

Karlins, president of and player on the college squad, said playing with and getting to know a team that was normally an opponent was an unforgettable experience.

About 10 men from the college’s men’s rugby team also joined in on the collaboration this summer. The male counterparts formed the Brovengers two years ago, but this year, Farrell decided to host coed practices, allowing the men and women to develop their skills together.

Both the Avengers and the Brovengers competed in a few tournaments this season, including Harrisburg Sevens in Pennsylvania; Roadkill Sevens in Binghamton, New York; and Rochester Beach Sevens in New York. The two squads fared well against their Sevens competitors, as the men came in fourth at Harrisburg and reached the semi-final cup tournament at Binghamton while the women’s team was exceptional, winning both Binghamton and Rochester Beach, Farrell said.

While both teams competed in tournaments during the summer, Jack Heismeyer, senior men’s rugby player captain, said his main goals for the summer season were to develop as a rugby player and to have fun in a more relaxed practice environment. He also said working out as a team over the summer was unique because college rugby players often go their separate ways during summer break.

“This summer was more focused on still improving, but having fun while we’re doing it,” Heismeyer said. “Especially with the coed practices — that was very new for me. I think it was very good to be able to work on skills. Most of the Avengers are personal friends of mine, so it was good to be able to work with them, still joke around during practice and having the IC women there brought the two separate teams on campus together.”

The two teams practiced every Wednesday evening of the summer at the Athletics and Events Center for about two hours or so, which Farrell said was a significantly lighter, less competitive experience than the men generally have during the school year. She also said having coed practices made the summer session a different, but impactful, learning experience.

“Obviously contact wasn’t coed. We played a lot of touch coed. We did a lot of passing skills coed, and a lot of the skill sets were pretty even,” she said. “Sevens is a finesse game, so it’s a really great example of it working … And I think everyone got a lot out of the experience.”

Karlins said Farrell’s coaching style was very focused on technique and perfecting the basics before the team did anything else. Cheney said practicing alongside the men helped her become a more confident player on the pitch.

“It’s a lot of fun because [the Brovengers] also play a very different game because they’re bigger and stronger, and so playing against them — like if I’m going up against a bigger girl — it teaches me how to be smarter about it,” Cheney said.

Farrell said she would certainly consider having more collaboration between the two campus rugby teams in the future.

“The women were the most dominant team in upstate New York by far, which is not new. The women have won eight of the last 10 Binghamton Sevens tournaments, so they dominated well,” Farrell said. “The women’s rugby team [at the college] is just an incredible collection of athleticism, and I know they would do incredibly well at the regional and national level at Sevens … so I actually hope there will be significant work together between IC men and IC women at Sevens this year.”