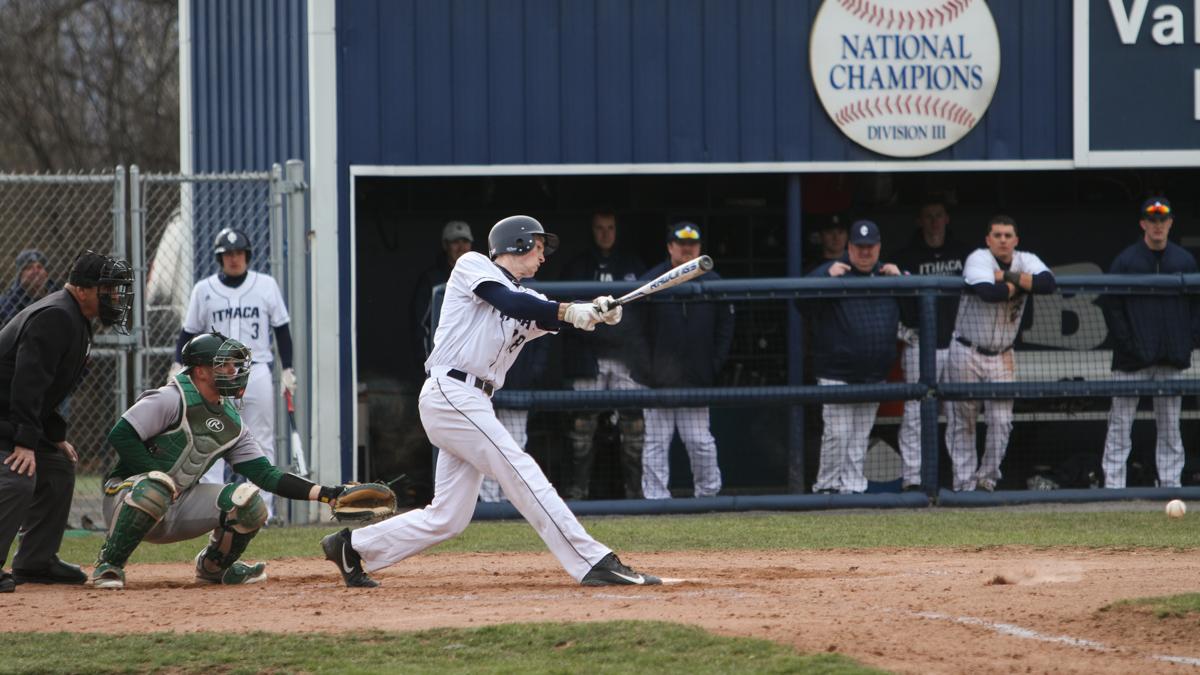 Oswego took the lead in the top of the first inning with a score of 1–0 and then pushed that further with three more runs by the end of the top of the third inning.

Coming into the bottom of the third with a score of 3-0, senior designated hitter Andrew Bailey was looking for a hit. Bailey secured a one-out single and then moved up to third with a hit to center by senior second baseman Webb Little. A wild pitch enabled Bailey to cross the plate, scoring the Bomber’s first run. Little claimed another run before the end of the third.

The South Hill squad held off the Lakers until the top of the fifth when senior right fielder Mike Dellicarri scored a run. The Bombers then tied up the game at 4-4 in the bottom of the fifth with a lead off double from sophomore shortstop Jack Lynch, followed by a two-run home run by Bailey.

By the bottom of the ninth inning, the Blue and Gold trailed behind Oswego 5–4. Junior first baseman Buzz Shirley led with a double hit to the left-center and moved up to third on an infield single by senior center fielder Matt Carey. Carey then stole second and another wild pitch brought Shirley home for the tying run. Senior right fielder Garrett Snyder then won the game with a sacrifice fly to center, which brought home Carey.