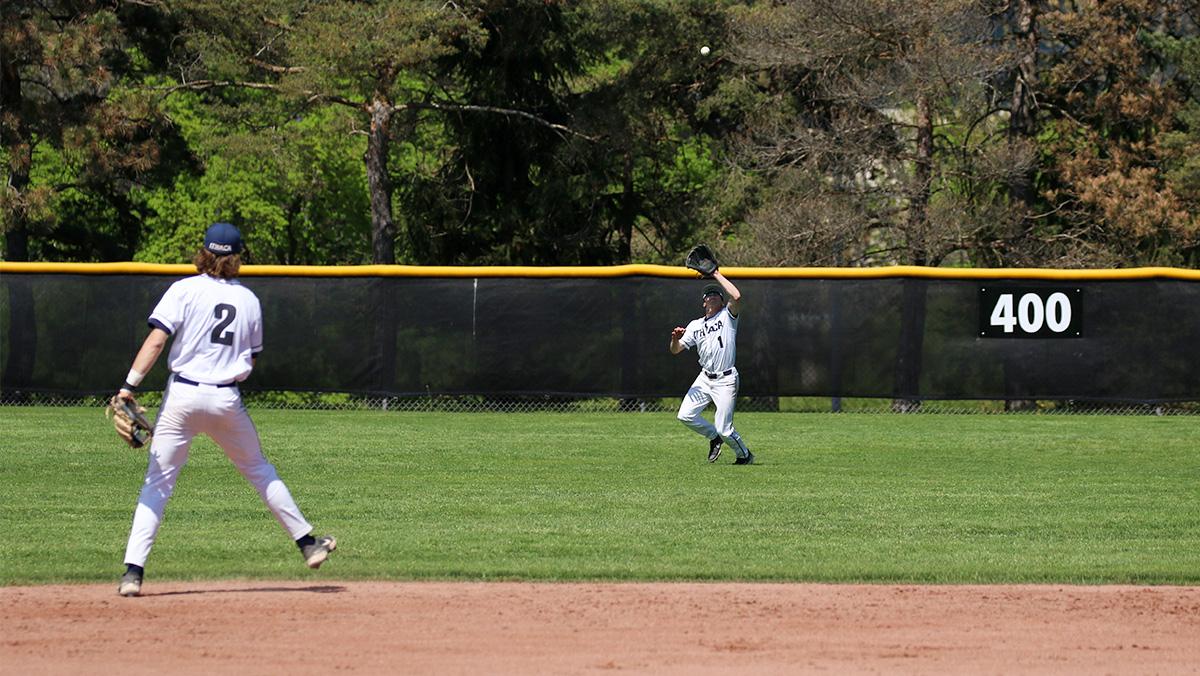 The Ithaca College men’s baseball team won its regional bracket May 23 with a 17–2 thrashing over Keystone College. The win marks the first time since 2013 that the program won a regional title and the first time in program history that it advanced to the super regional, a new addition to the playoffs, which it will host at Freeman Field May 27–28.

After winning the Liberty League conference with an 18–5 win over the University of Rochester on May 14, the Bombers moved into the NCAA Division III Regional Tournament with strong momentum but had to deal with weather issues that prevented them from playing for nearly a full day.

Despite the extended break, the team won its first game 8–5 May 21 over No. 25 Montclair State University. Senior pitcher Kyle Lambert was the star for the Bombers, pitching his first complete game of the season, while senior infielder Buzz Shirley went 4-for-4 at the plate with three RBIs.

Against Keystone College on May 22, the Bombers won 7–2 despite going down 2–0 in the first inning. However, Keystone would not go down easy, forcing a rematch after defeating Immaculata University 6–5 to advance to the regional final.

In the final of the tournament, Keystone simply could not keep up. The Bombers jumped to a 4–0 lead in the first inning, while their opponents could not score until the sixth. Freshman pitcher Colin Leyner, who was also on the mound for the team’s 18–5 win over Rochester, allowed just three hits in his seven innings of work. Junior infielder Matt Fabian led the offense in a game where every batter reached base at least once, going 3-for-5 with a home run and three RBIs.

Following the conclusion of the regional round, the NCAA announced that the South Hill squad would host the super regional, where the Bombers will face Catholic University on May 27 and 28 in a best-of-three series. The winner of the series will travel to Cedar Rapids, Iowa, to take part in the NCAA Division III World Series from June 3–8. Game one against Catholic will be noon May 27 at Freeman Field.