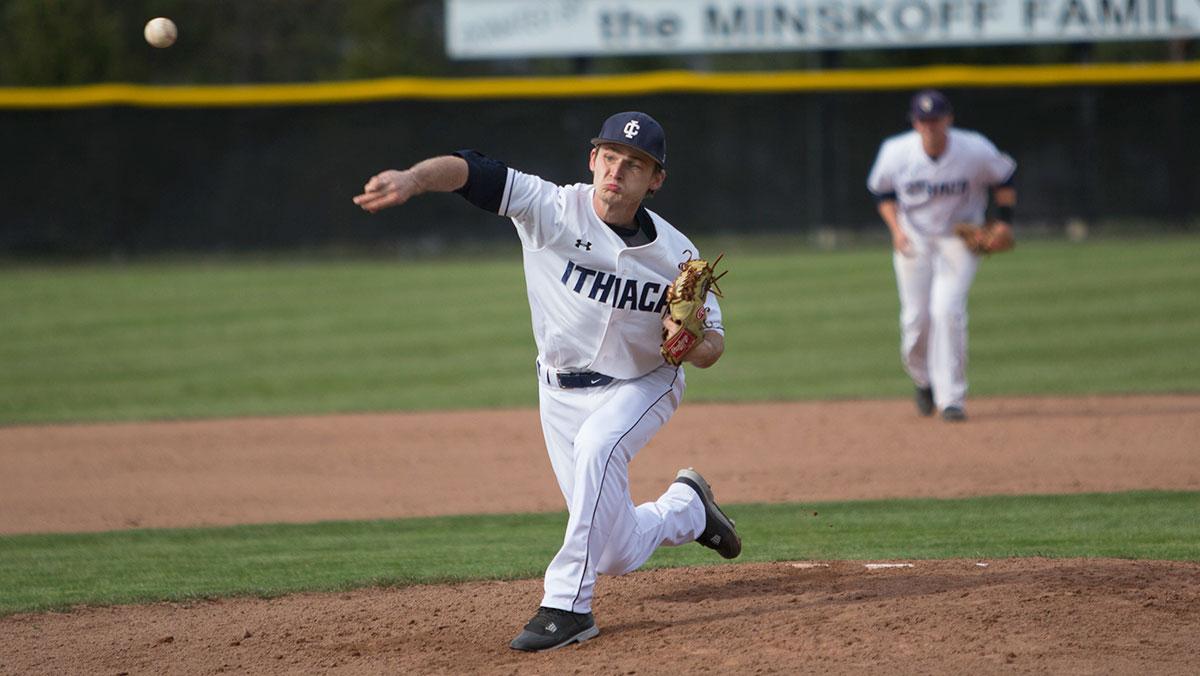 The Ithaca College baseball team crushed SUNY Oneonta Red Dragons by a score of 22–7 on March 30 at Freeman Field. With the win, the Blue and Gold are now 7–8 on the season, while Oneonta falls to 2–16.

The Blue and Gold got things started quickly, jumping out to 9–0 lead after the first inning. Freshman first baseman Andrew Bailey started the scoring rampage with a double to left center that scored three runs and was quickly followed by a two run-home run from freshman outfielder Sam Little. Two more runs followed shortly off a triple from sophomore outfielder Brennan McCormack.

Oneonta managed to score two runs in the second inning, but the Bombers extended their lead to 13–2 during the inning. The Bombers took advantage of a lack of control from Oneonta’s pitching staff, as they drew two walks in the inning and scored a few runs off of wild pitches.

Freshman third baseman Webb Little doubled in the third inning to score another run before the team drew three walks in the fourth en route to scoring three more runs. The Blue and Gold extended their lead to 18–4. The Red Dragons scored their final three runs of the game in the sixth.

That was not the end of the Bombers scoring parade. The Bombers’ offense got back on track in the seventh inning, as they collected four hits to score another two runs. Singles from freshman second baseman Jake Generali got things started before sophomore pinch hitter Jonathan Ripic singled in a run, and soon after, freshman catcher Adam Gallagher scored Ripic on another single.

The onslaught from the Blue and Gold didn’t stop there either. In the bottom of the eighth inning, off a bases loaded ground out, freshman third baseman Cam Fuoti scored his only run of the game from his one at-bat of the game

Nearly every member of the Oneonta pitching staff struggled on the day, as eight pitchers out of nine gave up at least one run. Freshman starter Michael Delio gave up five runs without recording an out before being pulled, but fellow freshman Steven Gerringer didn’t fare much better as he gave up four runs of his own.

Nine Bombers recorded at least two runs batted in, as the team was led by Bailey after going 2–3 with four RBIs and two walks. McCormack and Webb Little also collected two hits each and drove in three and two runs, respectively.

The Bombers return to action against Stevens Institute of Technology on April 2 in Hoboken, New Jersey for a double header at 3 p.m. and 5:30 p.m.