Club baseball off to impressive start to inaugural season 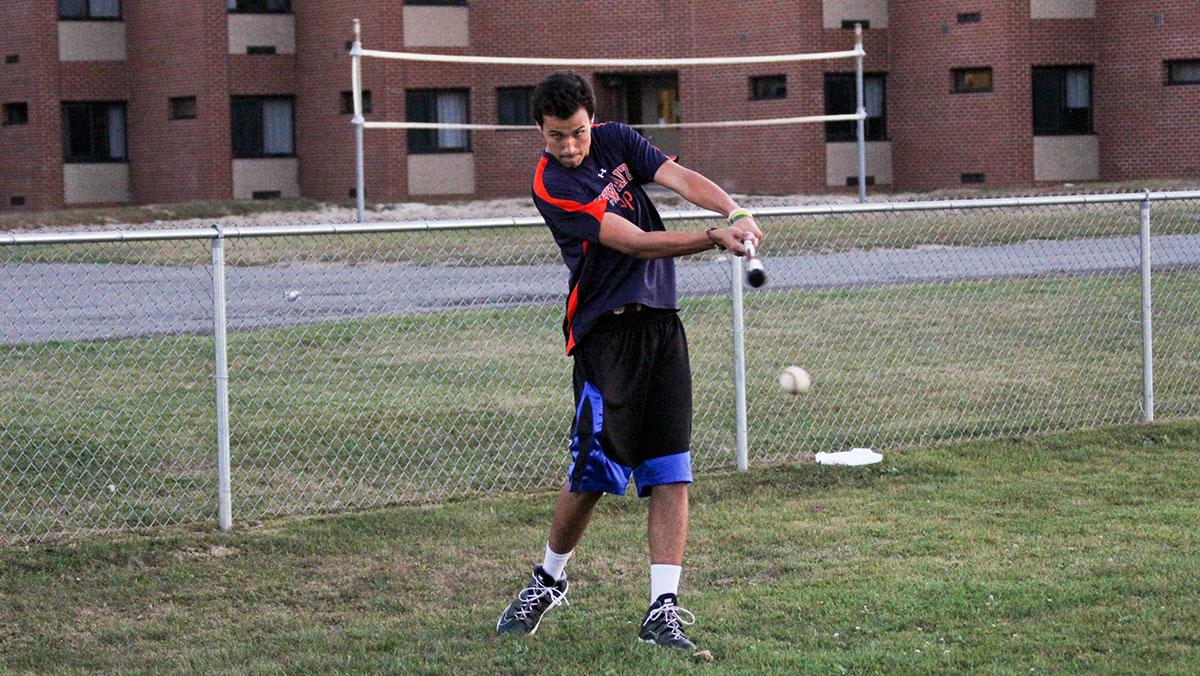 Caitie Ihrig/The Ithacan
Freshman Mike Moritz throws the ball during a club baseball practice Sept. 15 on Emerson Field. The squad is 3–0 to begin its inaugural 2015 season. Freshman Ben Zucker threw a no-hitter to give the Bombers a 23–0 win in its first game of the season.
By Vinica Weiss — Assistant Sports Editor
Published: September 30, 2015

The club baseball team is off to a successful start in its inaugural season, after taking on Alfred University on Sept. 26. The Bombers played a trio of games and posted three wins on the day, which included a 23–0 victory.

Freshman Ben Zucker pitched a no-hitter in the 23–0 shutout victory over the Saxons, a feat not many can say they have accomplished. In his five innings of work — a club game is five innings while a varsity game is nine — Zucker struck out nine of the 16 batters he faced, not surrendering a single hit. Zucker, who threw a 58 pitch game, earned Pitcher of the Week conference honors.

Zucker said he was extremely satisfied with his pitching performance, given that he has not pitched in a contest in quite a while.

“Just stepping on the mound for the first time, it felt great from the beginning,” Zucker said. “The team definitely backed me up with solid defense and was just a great all-around team.”

As a unit, the Bombers collected 11 hits, which included two extra base hits, a double by sophomore Matt Condame and a triple by freshman Jacob Stuckelman. Freshman Mike Moritz led the offensive effort with an impressive 3–5 performance. The Blue and Gold also drew 15 walks and only two strikeouts.

Senior Brian Belvin, one of the coaches of the team, said it was exciting to get on the field for the first time, and the team’s performance encourages the squad to strive for further success this year.

“We just want to put a competitive team out on the field every game, and just have fun with it,” Belvin said. “I think we have a pretty strong group of guys who like being around each other and like playing baseball, and I think it’s coming together pretty nicely.”