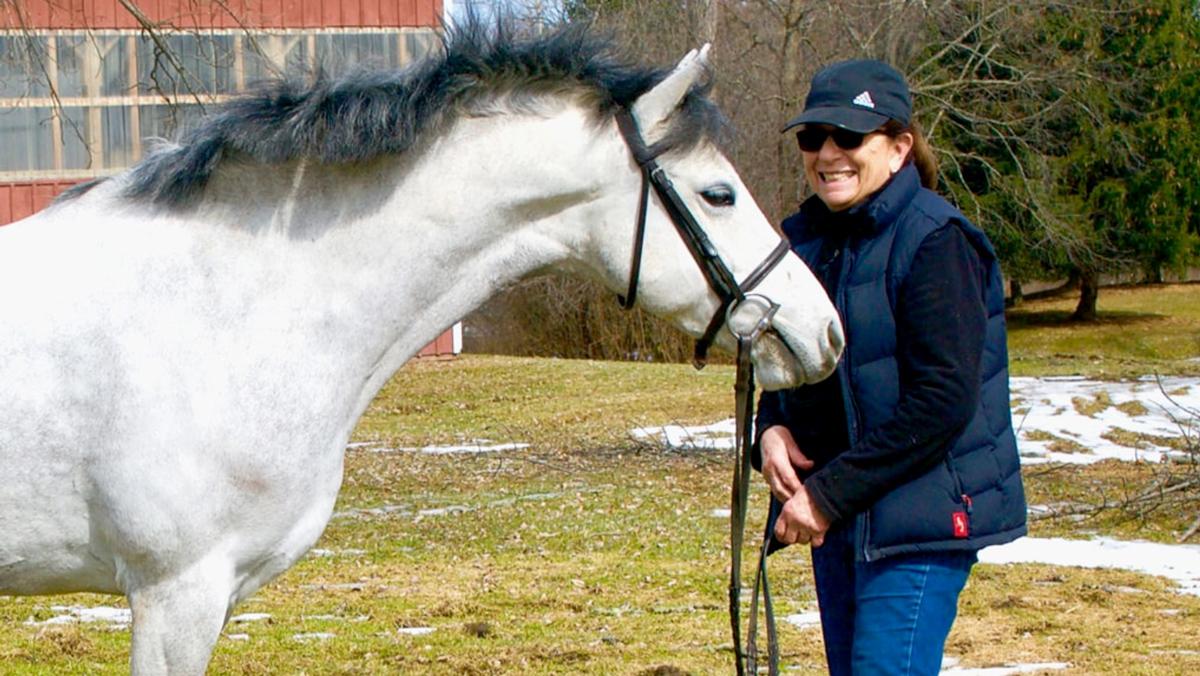 On Nov. 16, Susan Lowe, lifelong equestrian and trainer of the Ithaca College Equestrian Team, died after a tough battle with cancer. Lowe was the owner of If Only Farm in Freeville, New York, where the team trains and spends quality time.

Lowe and her husband founded and built the farm in 1979, and they welcomed the equestrian team to train on the farm in 2002. Head coach Audra Ravo-Putnam ’05 started coaching the team in 2006, first as an assistant for four years, and now she has been the head coach since 2011. Ravo-Putnam said the program was established in the 1960s and shut down a few years later but was reinstated around 1997.

“If [Lowe] hadn’t allowed us to use her horses and her facilities, the program wouldn’t have grown nearly to what it is today,” Ravo-Putnam said. “She opened up essentially her home to us to ride at. … Now we have between 25 and 30 riders on the team every year, and we are in the top few teams in the region every year. We send kids to nationals, which we had never done before.”

The team typically begins training within the first few weeks of the fall semester and rides until mid-April. Riders of all levels are encouraged to try out at the beginning of the season, and the team usually consists of a variation of training-only riders and competitive show riders.

“She basically was like their grandmother,” Ravo-Putnam said. “They saw her tough side, but then they realize that it made them a stronger person as well, not just riding but as a person in general.”

In terms of her training and coaching techniques, Ravo-Putnam said Lowe was always praised for her horsemanship and teaching her students how to truly be a horse person and how to value and put the horse first.

Due to the aggressive stage of cancer Lowe was battling in her final weeks, Ravo-Putnam said her passing still seems surreal because of the quick decline of her health.

“It’s still sort of a shock. We keep thinking that she’s just going to walk in the barn door again,” Ravo-Putnam said.

Ravo-Putnam said the team will continue to train at If Only Farm, and the program will run exactly the same as she thinks Lowe would have wanted it to run.

“Luckily she put a really good support system in place over the last 20 years,” Ravo-Putnam said. “She has a lot of amazing people there, myself included, trying to run the facility how it was, but, obviously, it’s a huge void to not have her there.”

Lauren Bovenzi is a senior equestrian and the current president of the club. Bovenzi said the club could not have functioned without Lowe and her horses and farm. She said Lowe made If Only Farm feel like a second home to the riders, and the environment was extremely welcoming and inclusive.

“Horse people just love horses,” Bovenzi said. “Being at the barn, it’s like a home away from home. It’s like an escape and a place to be happy and not thinking about school.”

The team rides outdoors in any weather conditions, and Bovenzi said that on cold days Lowe would bring out a Crock-Pot of warm soup for the team and invite it to her home on the farm.

Alongside her warm demeanor, Bovenzi said Lowe ran a tight ship and held the team members accountable for both their duties on the farm and as individual riders during training.

Olivia Riggio ’19 was on the equestrian team during her four years on South Hill. Similarly to Bovenzi, Riggio said Lowe had a very fiery personality and challenged the team in the best way possible.

“She didn’t really fall for lack of effort or lack of respect,” Riggio said. “She was one of those old-fashioned equestrian trainers who definitely demanded a lot from her riders because she just lived horses.”

Riggio said that though Lowe was tough, she was equally loving.

“Everything she did came from a place of love,” Riggio said. “When she was tough on us, it was because she wanted us to do our best.”

Both Riggio and Bovenzi said the team is extremely grateful for Lowe’s generosity and the community that she was able to give it.

“She was like the glue holding us all together,” Bovenzi said.