Bombers prepare for first round of NCAA tournament 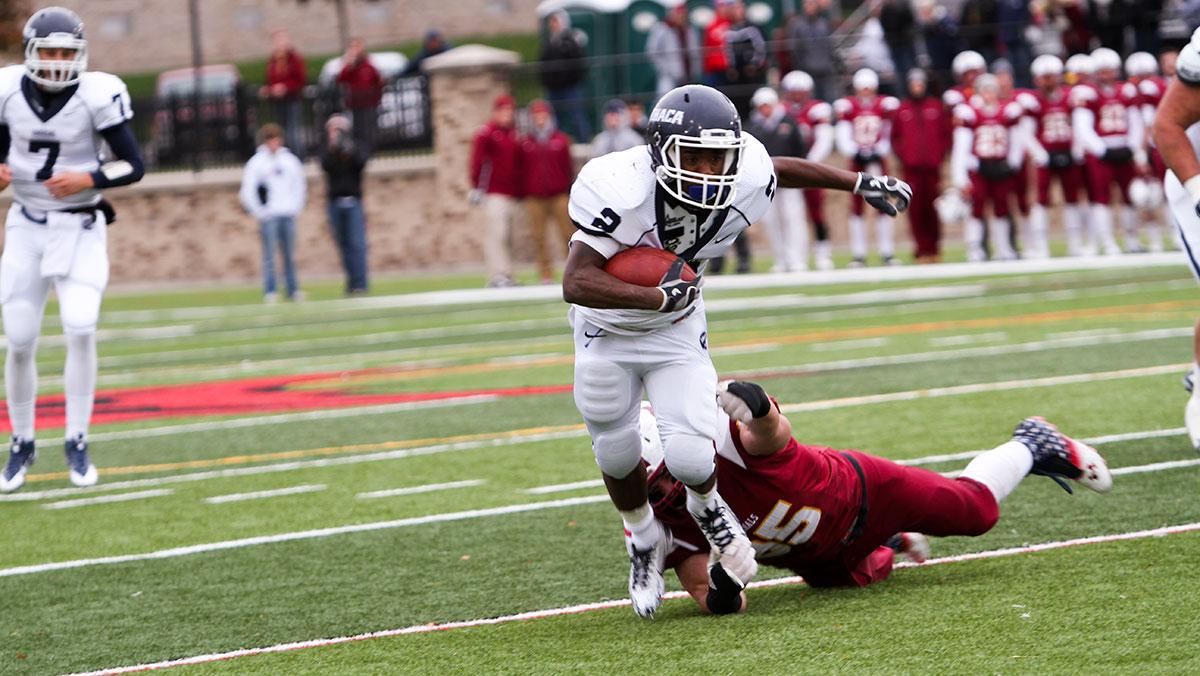 The collision between offensive lines and defensive lines is an invariable occurrence throughout a football game. It is a synchronized movement of two collectives that is always impacted by the success of each individual’s movements. With four seniors, each of the members of the football team’s offensive linemen have been tested often throughout their careers. If they want to continue their careers for another game, they will need to pass their biggest test when they play Hobart College in the First Round of the NCAA Tournament on Nov. 22.

Hobart senior defensive lineman Tyre Coleman has made a superlative collegiate career by single-handedly destroying an offensive line’s movements. He is in the top-10 in the all-time NCAA Division III rankings in both sacks and tackles for loss. His 85.5 tackles for loss come playing in a Liberty League that is primarily composed of teams that run some sort of option offense, so the passing plays — that he has ended prematurely on 48 occasions through four seasons — are relatively infrequent. In his era at Hobart, the Statesmen have only lost one regular-season game. Coleman credited the defense’s teamwork for being instrumental for his success.

“The teamwork makes me better,” Coleman said. “As a team, we all make each other better every year. That’s why I’ve been so successful. All the seniors and the juniors just make me get better every year, and they just help the team out in critical situations.”

Bomber seniors Bobby Garone, Dylan Rampa and Andrew Benvenuto and junior Scott Anderson have played the last two full seasons together. Two playoff games and a regular season in the hypercompetitive Empire 8 have provided enough scenarios during the last 22 games to provide an adequate environment of time and pressure necessary to form the formidable line that is required to win back-to-back conference titles. Bomber offensive coordinator Ryan Heasley said the gauntlet of defenses the offensive line faces in the Empire 8 has them prepared.

Heasley did not attempt to compare the Empire 8 and the Liberty League, but chose to reassert that his offensive line was ready for Hobart. If it is, it will need to find a consistent end product. The Bomber offensive line has given up one or fewer sacks in seven games, but gave up 15 in the three other games. The inconsistency can also be seen in the discrepancy between the Blue and Gold’s best running game, 247 yards against Hartwick College on Sept. 20, and their worst, 45 yards against St. John Fisher College on Nov. 8. Heasley said he preferred to examine the plays themselves rather than the stats behind them.

The finite space of a football field makes the matchup between offensive and defensive lines a zero-sum game. When Coleman outmaneuvers or overpowers his opposing offensive lineman to create space for himself, he prevents the offensive lineman from creating space for a running back to run into or for a quarterback to search for a teammate to throw to.

At only 6-feet-1-inch and 258 pounds, Coleman does not have much mass, so his superior force comes from his ability to accelerate out of his three-point stance. Ironically, his acceleration may help Heasley find the solution to the two-time Liberty League Defensive Player of the Year problem he faces.

“We want to have him chase plays, but it comes down to us being physical and wearing him out throughout the football game,” Heasley said. “As far as our scheme, we’ll have things for him where we could double-team him, single block him, run away from him or run to him.”

Heasley observed that the Statesmen run a slight variance on the 4–3 defense, using one fewer safety and an additional linebacker. In essence, this is a 4–4 defensive front, but it depends on how wide Statesmen senior outside linebacker Nolan Toran and Statesmen sophomore Michael Harper play. When they are forced to cover wide receivers or tight ends in spread offenses like the Blue and Gold’s, the defensive front is more of a 4–2–5, something the Bombers are used to facing. Coleman said he is looking forward to facing a spread offense like the Bombers’.

“We can get after these guys,” Coleman said. “They’re a good team. They’re a spread offense that can pass, but we’re prepared for it.”

For reasons particular to their own programs and seasons, it is difficult to gauge how far both the Statesmen and the Bombers can go in the tournament. The Statesmen are ninth in the d3football.com poll and undefeated. However, they have a weak strength of schedule and were soundly defeated by another Empire 8 team, St. John Fisher College, in the second round of last year’s playoffs. Though the Bombers have the higher strength of schedule figure, they have three losses, two of which came on the last play of the game. Senior quarterback Tom Dempsey said the Bombers feel unbeatable when they execute.

“We’ve got a lot of talent on our team and some of the best coaches in the country,” Dempsey said. “If we execute the way we are supposed to and play to the best of our ability, we control our own destiny.”