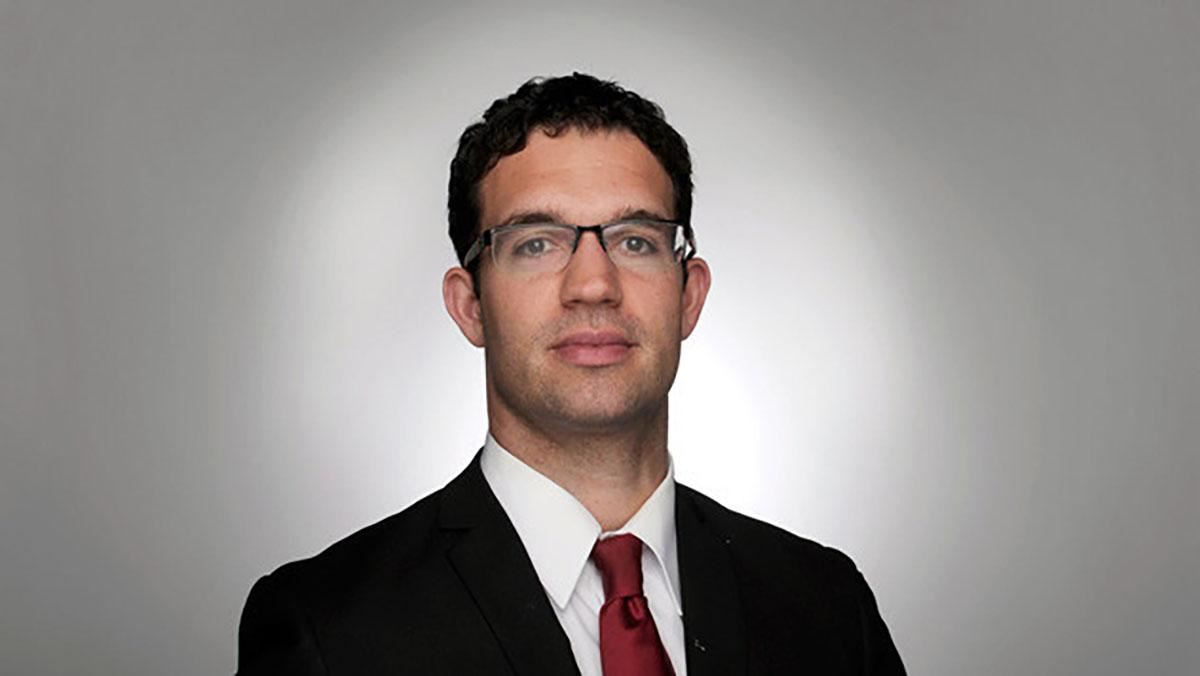 Courtesy of Jeff Bill/The Baltimore Sun
Luke Broadwater '02 received the Pulitzer Prize for his reporting with The Baltimore Sun this past March.
By Connor Glunt — Assistant Sports Editor
Published: September 6, 2020

It has been a while since former Ithaca College wrestler Luke Broadwater ’02 won any awards for pinning his opponents as a Bomber, but Broadwater did recently receive the Pulitzer Prize for his reporting with The Baltimore Sun on the former mayor of Baltimore’s financial connections to the University of Maryland Medical System (UMMS).

Broadwater’s initial reporting in March 2019 was about how former mayor and former UMMS board member Catherine Pugh made hundreds of thousands of dollars from a business deal with the hospital network. A series of stories published by The Baltimore Sun eventually led to Pugh getting sentenced to three years in federal prison. The publication also received awards like the George Polk Award for political reporting, a National Headliner Award for investigative reporting, and the News Leaders Association’s Al Neuharth Breaking News Reporting Award.

Assistant sports editor Connor Glunt talked to Broadwater to discuss his studies at the college, his wrestling experiences and the reporting process.

Connor Glunt: While in the Ithaca College Exploratory Program, when did you know you wanted to pursue a career in writing?

Luke Broadwater: I think I’ve always wanted to do something like that. When the writing major opened at [Ithaca College], maybe halfway through, I thought that would be a good fit. I wanted to go into the journalism program first. I got a lot more serious about college and doing well in my classes after my freshman year. I got really focused that I started doing three things: made sure I never missed class, made sure I sat in the front of the room and turned every assignment in on time. If you do those three things, you will do well in school. That’s all you can really do. I’m a very social person, so I had to get more focused. When the writing program opened up, I knew I liked to write. It was something that I wanted to pursue, and it ended up being an excellent opportunity. I think the exploratory program was cool because I could try out different things. I could try out different classes from other fields and see what I could do.

CG: Did you participate in any cocurriculars or internships over the summer at news outlets?

LB: I was an intern at The Baltimore Sun my junior year, but I didn’t really line that up through the school. I set that up myself. It was actually kind of through wrestling. I was in high school and there was a reporter at the high school covering wrestling, and I was like a punk kid at the time, and I would point out what I thought was mistakes in his stories and what I thought he should have done differently. We would go back and forth, and he took me under his wing. I asked him about internships at the paper, and he said, “Send it to me, and I’ll walk it down to the sports editor.” … He really advocated for me to get my foot in the door. I was part of a pretty big intern class, about 20 interns. I ended up getting three stories on the front page. I showed I could do the job, and that’s how I got in.

CG: How do you think wrestling for Ithaca College helped you professionally?

LB: Wrestling is a sport that instills in its participants a mindset that will lead to success. I don’t think it necessarily means you’ll be a success in life. I think it means you need to find the blame for yourself. You need to find the right profession where you have a certain passion. But once you find that, all the skills that come from wrestling come in handy. Wrestling is a sport where there is 100% personal accountability. There’s no one else to blame in wrestling. You either win or lose by yourself. I found that employers appreciate that mindset: that I’m going to get the job done. You can count on me. I’m going to be accountable for it. Wrestling also instills in you hard work and determination. You have to cut weight a lot in wrestling. You have to suffer a lot in wrestling. I remember my first match at [Ithaca College], I went out and got pinned. I went into the locker room and cried afterwards because I thought I wasn’t going to be good enough to wrestle in college. Then my next match, I came out and did really well against an All-American from The College of New Jersey, and that kept me encouraged. The mindset of hard work and determination, I think once you find your path in life, you can apply that and really be successful.

CG: Are there any moments or memories that stuck with you from your wrestling days at Ithaca College?

LB: I remember when Tommy Hall won the nationals, we were so excited for him. It showed us that one of us could do it. I remember being so thrilled that one of our guys went out and won a national title. And Tommy, that year, he went through injuries and went on this amazing run in the tournament and won it. That was really inspirational. I remember grinding it out through practices. What the whole thing in general taught me, it taught me a lot of life lessons. I think wrestling has helped make me who I am, and it still helps me be successful.

CG: How does it feel to win a Pulitzer Prize?

LB: It’s very rewarding, and it’s a huge honor. I think it’s a huge honor for the paper. Journalism has been through a hard time, especially for local newspapers. The Sun has cut staff tremendously over the years, and the Sun hadn’t won a Pulitzer for 17 years since 2003. So the fact that we were able to do it with such diminished staff and resources is a testament to how hard everyone works every day, and, even in trying times, you can still make a difference and people will notice. You can work hard and approach it with the right sense of ethics and determination.

‘How IC Sports’: No. 2-ranked wrestling with Ben Brisman