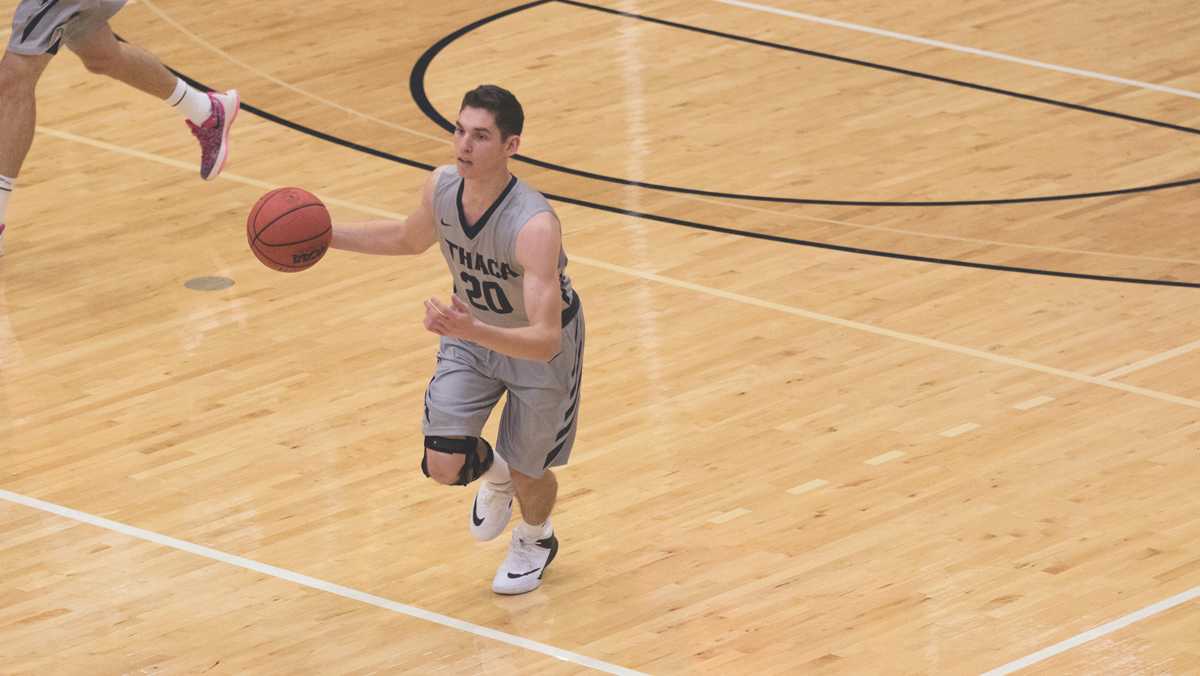 On a basketball team full of talented upperclassmen, freshman guard Cooper Macklin has made his presence felt. Macklin is proving himself to be a standout among this year’s freshman class, racking up 14 starts in 16 games so far this season. He is averaging five points per game while shooting 44 percent from the field and from behind the arc. He is second on the team in assists with 46.

Staff writer Matt Maloney talked with Macklin to discuss his goals for the season, his recovery from an ACL tear and what he needs to do to keep the momentum going.

This Q&A has been edited for length and clarity.

Matt Maloney: How do you think playing in high school got you ready to play Division III basketball?

MM: What are your biggest strengths on the court?

CM: I’d say my court vision and passing ability — they kind of go hand in hand. I think I’m best coming off of pick and rolls to set up teammates for shots they’re capable of making. I’m good at finding the open man.

MM: Why did you choose to come to Ithaca College?

CM: I came on my visit and stayed with all of last year’s juniors. I really liked all of the guys on the team, same with the coaches. I got to walk around campus on a really nice day and I loved it. Then a couple weeks later I came to a game and just really liked the way they played.

MM: Coming into this season, what were your biggest goals?

CM: I came off an injury. I tore my ACL and had surgery in January, so I was just trying to get healthy for the season, which I ended up doing. I was just trying to come here, carve out a role in the rotation and try to win. Right now I’m playing pretty well and we’re winning, so I just want to keep that up.

MM: How was your recovery from ACL surgery?

CM: It was long and frustrating, but I got there. I missed my senior season. Only played in the first five games, then I rehabbed all summer. I missed some of pre-season here, but then I was ready for the start of the season.

MM: You’ve been starting a lot this season, did you expect to have such a big role coming in?

CM: I didn’t expect to start right away. I was hoping to just get some good minutes and help the team win, but when Coach told me I was starting I was ready to step in and play well.

MM: How would you say the transition from high school and AAU to college has been for you?

CM: I think the biggest transition is just the speed of the game. Everything is just moving at a faster pace. Defensively, the guards are quicker. You just have to be on your toes at all times.

MM: What have been the biggest challenges for you on the court this season?

CM: I think the adjusting to the speed on defense. It’s especially tough coming off a knee injury and having to step in and be full speed right away. With the quick guards, just staying in front of guys has been a challenge all season. I’ve been getting better at it the past couple of games, but that’s definitely been the biggest challenge.

MM: Is there any one person in particular since you’ve been here that has really helped you a lot?

CM: I think Marc Chasin. He’s really helped me and all the other freshmen. I think he’s really taken a leading role with the whole team. He’s also another guard, so he’s really been able to help me out along the way.

MM: Getting down to the end of the season, what do you think you have to do to finish strong?

CM: I think I just have to continue getting my teammates involved, put people in the position to score, keep playing good defense and just do the right things to win the game.