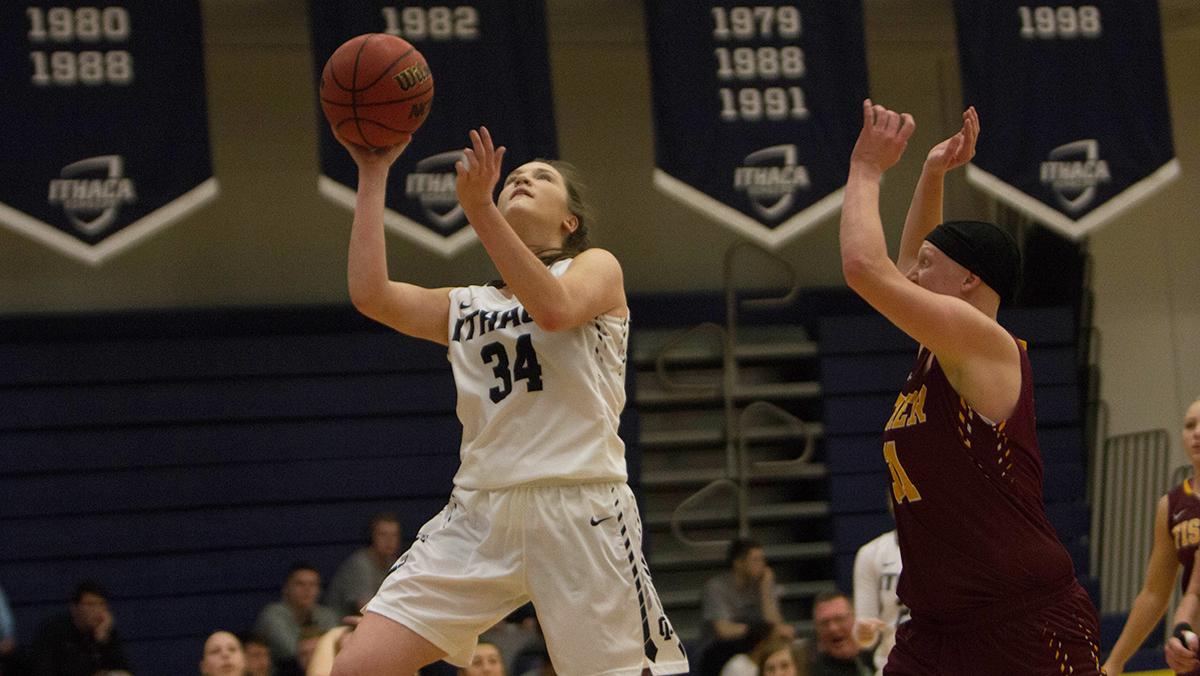 The transition between high school and collegiate competition was a challenge that women’s basketball freshman forward Cassidy O’Malley was expecting. A bigger challenge, though, was earning playing time during her freshman season — something most freshman players do not do.

However, the Summit, New Jersey, native has played in all 16 games so far this season, helping the Blue and Gold to a 13–3 record. She has been a playmaker from the start, coming off the bench in the first game and tallying four points, four assists, two rebounds and a steal in 17 minutes of action.

She is one of three freshmen on a young team that includes only three seniors.

O’Malley said her transition to college basketball has been exciting and engaging, despite having to adapt to a new system.

“I’m always learning,” O’Malley said. “It’s definitely a lot more time-consuming than high school basketball and way more organized and intense. Practices are much harder. We have lift three times a week and pre– and post–workouts.”

“Coach has weekly meetings with the freshmen to make sure we are adapting well and balancing our school work and basketball,” O’Malley said. “Also, the assistant coach, Devin Shea, was a post who played for Dan, so she helps me with more of the skill work.”

O’Malley comes from an athletic family. She has two older brothers, both of whom are football players. Connor is a senior at Union College, and Ryan, who was a standout Tight End for the University of Pennsylvania, is now on the active roster for the Oakland Raiders.

She said she’s thankful for every opportunity that comes her way and knows how important the team is.

“My teammates have my back, and I could go to any of them for assistance in basketball or anything in life,” O’Malley said.

Senior forward Erin Ferguson said O’Malley is extremely talented and up for any challenge.

“I’m excited to see her grow as a person and player,” Ferguson said. “She has a lot of potential: She’s coachable and a quick learner.”

With each game, her experience and confidence grow. She said she is understanding more about what it takes to succeed at the next level.

“I’m in a position where I’m learning a lot from the upperclassmen,” O’Malley continued. “Due to the relationships I’ve built, my experience has been great.”

“Cassidy brings great energy to the team,” Beers said. “She is very athletic. She is going to be a great player during her career because she can do many things on offense and defense.”

Beers said O’Malley is not only stellar on the floor but has a great personality off the court.

“She’s someone who can always make people laugh, and you can tell she’s always having a great time,” Beers said.

No matter how the season ends for the Bombers, O’Malley said she is thankful to everyone she’s met and is enjoying her first year.

“My experience at IC has been great, and basketball has been a huge part in making it so great, due to the relationships I’ve built already,” O’Malley said. “But I also have many friends outside of basketball and love a lot of things about IC.”