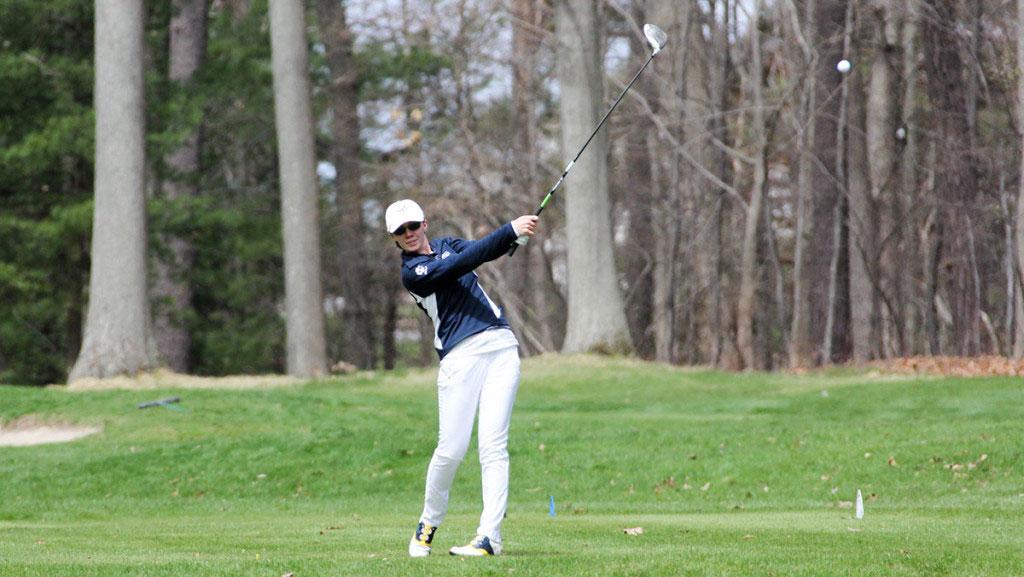 Over the past five seasons, the Ithaca College golf team has brought home five straight Empire 8 Championships. This season, the Bombers will be hosting the tournament for the first time and are looking to win one more Empire 8 title before they move to the Liberty League.

The Blue and Gold also want to finish the season with a winning record, which they can achieve by finishing in the top three in each tournament. Last year, they only placed third or higher in three meets.

With new members’ joining the team this year, the Bombers may reach this goal. The 2015 squad did not have any freshmen. The Blue and Gold also did not lose any members from last year’s team, and the addition of two freshmen brings the total to eight members this year.

Head coach Molly Braid said she believes freshmen Peyton Greco and Molly Walsh will help the upperclassmen achieve their full potential because there will be more competition within the team. The Bombers are allowed to send six people to tournaments, but only four scores count toward the team score. With eight members on the team this year, Braid said, there will be more competition for those six spots.

“The freshmen coming in bring solid tournament experience, as well as young leadership,” Braid said. “They will continually push the upperclassmen on and off the course to make this program stronger.”

Even though Walsh knows she has big expectations to live up to, she said she is excited to begin her collegiate golf journey with a team that she believes will help her reach her goals.

“I’m extremely anxious to play at the collegiate level because it provides more serious competition, coach-to-player focus, and I will have all the resources at my fingertips to make me the best player I can be at this stage,” Walsh said.

Jones said Greco and Walsh will drive the team to work harder on the golf course, and in return, they will be able to achieve the low scores they strive for.

Saylor said this means putting in 110 percent and competing against their own teammates during practice.

“This will prepare us to play hard and do the best we can in a tournament setting,” Saylor said.

Even though the team will be working vigorously on its play, Denish said, the team knows that if it wants to win another Empire 8 Championship, it will need to keep a consistent mentality throughout each tournament.

“Coach Braid really worked with us on body language and how that contributes to shot storage,” Denish said. “The more positive or neutral you react, the more good seems to come your way. Golf is very mental, and the quicker you change your mindset, the quicker you see results.”

Senior Mary Rooker said the women will be working their hardest to leave the Empire 8 Conference with a bang, especially since they will be hosting the tournament for their final year.

“It will be our final appearance in the Empire 8 tournament, so it would be special if we are able to continue our history of success,” Rooker said.

The team tees off the season Sept. 3 at the St. Lawrence Invitational in Canton, New York.