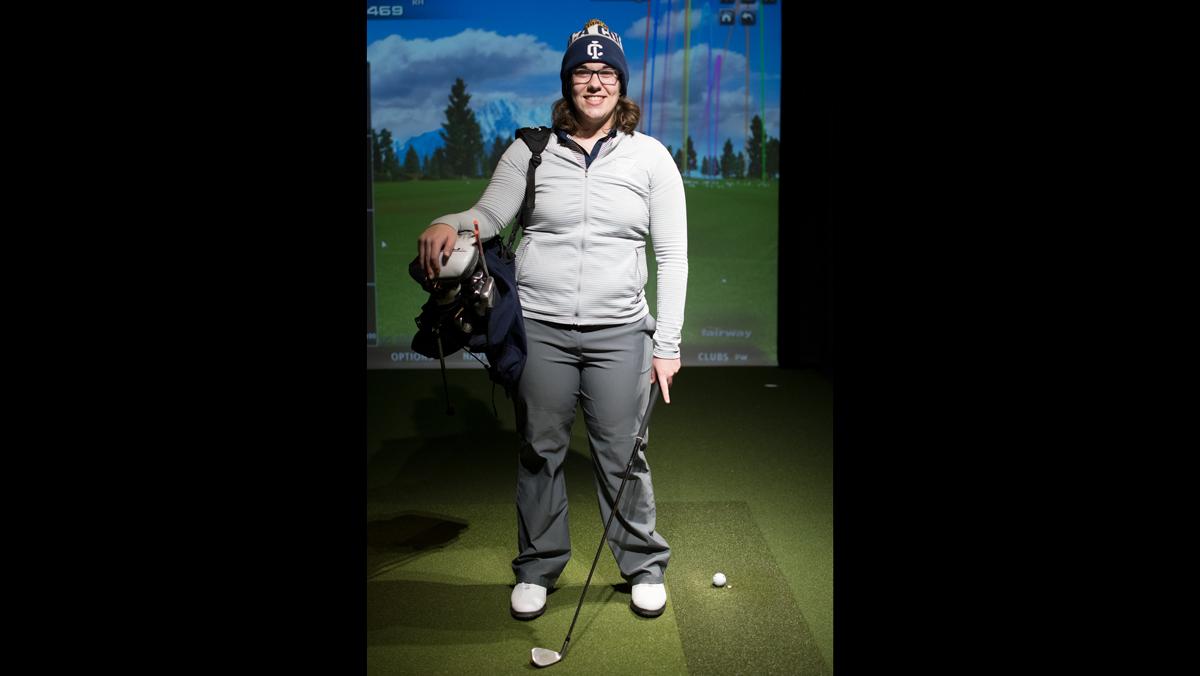 This spring marks Ithaca College’s debut season in the Liberty League Conference. However, the women’s golf team is no stranger to this new conference. The Bombers have been facing off against several Liberty League schools, mainly Vassar College and St. Lawrence University, for years.

Although the team has faced Liberty League opponents in previous years, this will be its first year participating in the Liberty League Championship in April.

In his first year as head coach, Keith Batson said he knows how to prepare for the school’s first Liberty League Championship.

“The championship is at St. Lawrence, and we know the course, so we will go over our course notes and be as prepared as possible,” Batson said.

The Blue and Gold have two first-place finishes from the six invitationals they have competed in thus far and have finished either fifth or sixth in the other four. The team grabbed the top spot in the William Smith Invitational on Sept. 16 and 17. It finished first in the Martin Wallace Invitational in Cortland, New York, from Sept. 30 to Oct. 1.

The remainder of its schedule includes leaving only the spring break trip, two invitationals and the Liberty League Championship to end the team’s season.

Senior Indiana Jones said Batson has made his mark on the team in his first year leading the Bombers.

“Coach Batson has been a great addition to the Ithaca College golf program,” Jones said. “His attitude and commitment is exactly what we needed for the program, and I couldn’t be more thankful that he has come to Ithaca.”

Jones has been a strong point the Bombers this season as the team’s top finisher in the Martin Wallace Invitational. Fellow senior Kyra Denish and sophomore Peyton Greco have placed the highest during the fall tournaments.

Freshman Sophia Israel was pleased with her first fall season and is looking forward to this spring and beyond.

“I had no real expectations for the fall, only to get a lot of experience,” Israel said. “I think also as a team we did very well.”

Batson said he was glad his two freshmen, Israel and Isabella Perry, were able to get the fall under their belts.

“We have two freshmen that now have college golf experience and hopefully will have less pressure on them this spring,” Batson said.

Now that the fall is behind them, Batson and his team are looking towards the future. The Bombers will next take action in March during their annual spring break trip.

“This spring break, we will be working on our game in Myrtle Beach and getting ready for the season by playing a few matches down there,” Batson said.

The Blue and Gold will then resume their season in early April as they partake in the Vassar Invitational. The Bombers finished fourth at the event last year and will be looking to add to their first-place finishes this season.

The South Hill squad ends its season with its only home tournament, the Ithaca Invitational, on April 21. Batson said he hopes to finish out the regular season with a win to build momentum for the Liberty League Tournament.

The Bombers are looking to translate their fall success into the spring and, eventually, the Liberty League Conference Championship.

“Golf is an ever-changing sport, and it is important to be on your toes all year long,” Israel said. “I did a lot of work over the winter and made a lot of improvements, so I am extremely excited to see how the spring season and future turns out.”

Jones said she is excited to finish her collegiate golf career learning from Batson.

“I look forward to working with him in the spring and picking his brain of all the knowledge he has before I graduate from Ithaca,” Jones said.

As for the school’s first Liberty League Championship, Batson is hoping for good weather to allow for proper preparations.

“It is a tough time of the year in the northeast,” Batson said. “We are hoping for good weather in March and April so we can get some rounds in outside, but in the meantime we are working on our short games inside and using the simulator to work on stuff during practice.”

Senior golfer gets opportunity to play golf in Scotland

New golf coach gets in the swing of things