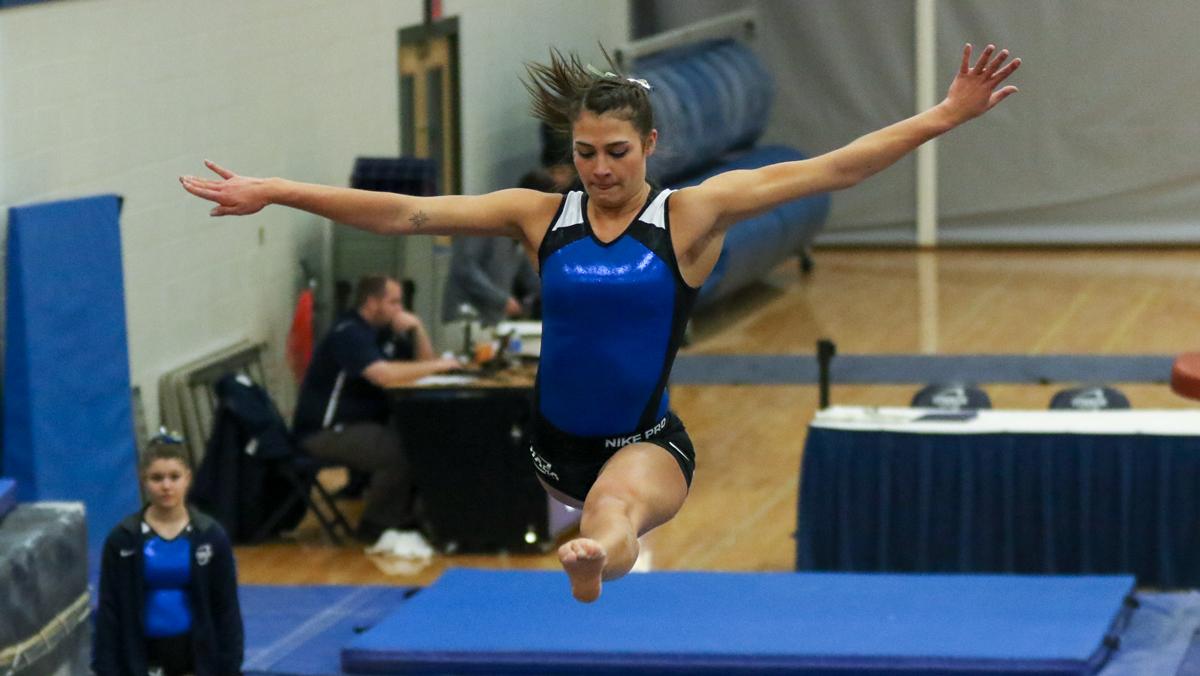 The No. 3 Ithaca College gymnastics team narrowly lost to No. 4 The College at Brockport in the Bombers’ home opener on Jan. 21. The Golden Eagles edged out the Bombers 188.375–186.950, making the Blue and Gold 0–1 in dual meets to start the season.

The first-year athletes had strong performances as well. Freshman Katie Halcomb came in third on the balance beam with a career-best score of 9.550. Sophomore Cassidy Marquette and freshman Alexis Griffin both tied for fifth with their floor exercises with a score of 9.650.

The Blue and Gold had one individual event winner during the meet. Junior Carolyn Nichols finished her vault with a score of 9.525, which tied Brockport’s Stephanie Mager for first.

Throughout the day, the South Hill squad was unable to catch up to the Golden Eagles. Brockport started the day off with a strong team performance on the bars, where they outscored the Bombers 47.050–45.850. At halftime, Brockport was winning 93.975–92.500 and never gave up the lead.

The Bombers will next compete at the Temple University Quad-Meet at 1 p.m. on Jan. 28 in Philadelphia, Pennsylvania.