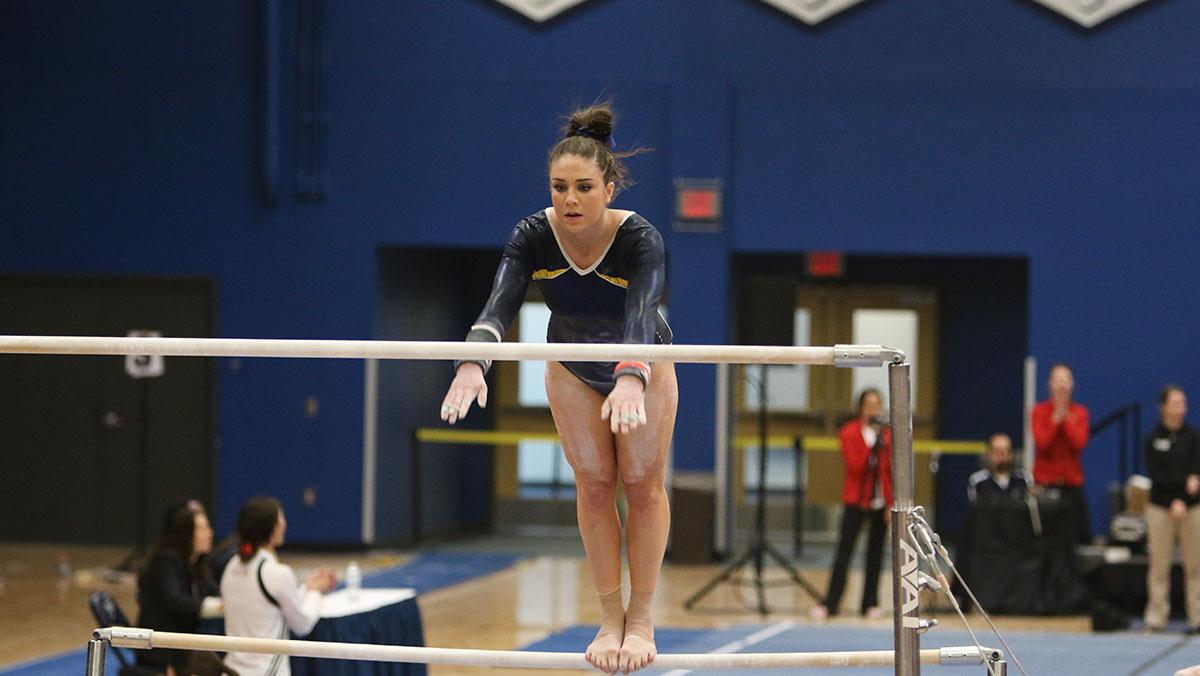 The Ithaca College women’s gymnastics team finished fifth out of six teams at the National Collegiate Gymnastic Association East Regional Championships in Ben Light Gymnasium on March 6. The team achieved its highest overall score of the season, scoring 186.475, despite being plagued by injuries and having to redo half of its lineup.

“I am so proud of everyone today. We did so amazing considering the circumstances,” senior Megan Harrington said. “I am amazed by the strength of each individual put together. We put out our best score of the season, and the best part is that we all had fun and soaked up every moment together.”

Harrington placed first in the All Around for the Bombers, earning her a ticket to the National Championship on March 18, while sophomore Kendra Balcerak will compete on the balance beam at the championships on March 19 after placing 12th.

“We had a great competition,” head coach Rick Suddaby said.

Balcerak was 12th on the beam with 9.6, while Harrington and sophomores Eleanor Almeida and Margaret Nieto tied for 16th with 9.5.

Harrington said she hopes to continue the momentum she established at regionals when she competes for the all-around title at nationals.

“My main goal is to be confident and not overthink everything. I think just having the same mentality as today will let everything fall into place, and I’ll be able to perform my best that way,” Harrington said.

Harrington and Balcerak will compete in the National Collegiate Gymnastic Association Championships on March 18–19 in Brockport, New York.