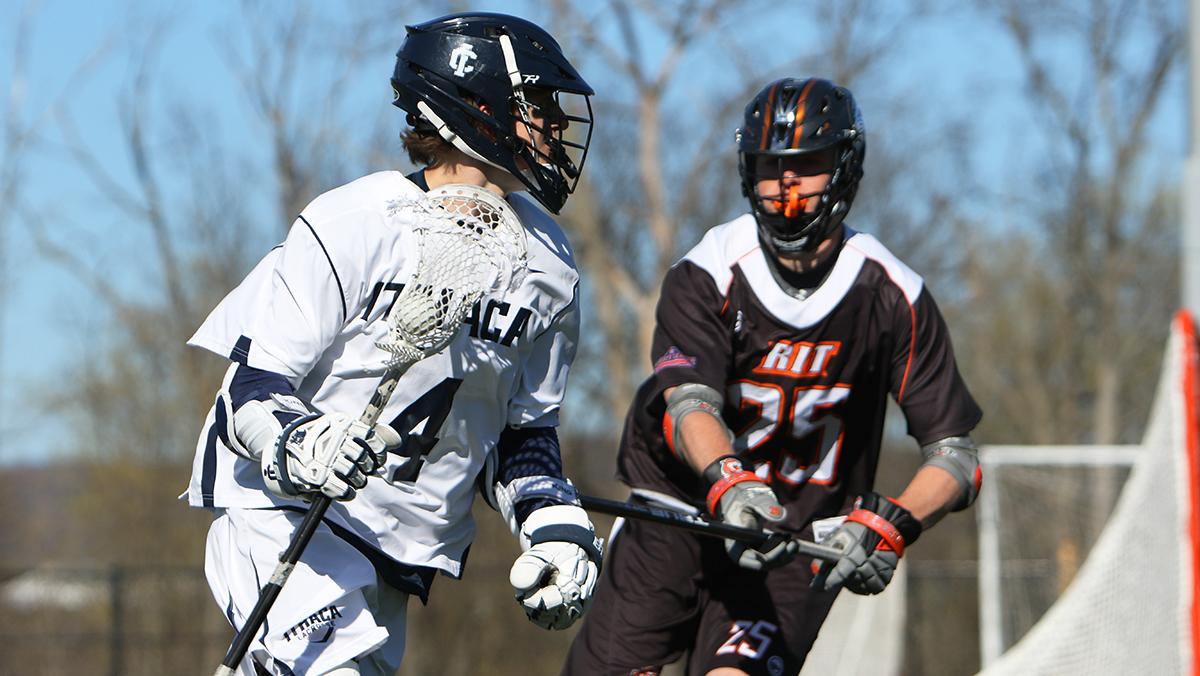 SAMANTHA CAVALLI/THE ITHACAN
Sophomore attacker Will Witter running with the ball and being guarded by freshman defender Patrick Shoeway of the Tigers. The Bombers lost a tough game against the Tigers 16–14.
By Samantha Cavalli — Assistant Sports Editor
Published: April 19, 2017

The Ithaca College men’s lacrosse team lost a tough matchup to No. 4 Rochester Institute of Technology 16–14 April 18. The loss comes after the Bombers defeated the Tigers last season in an overtime thriller winning 18–16.

The Tigers got out to a strong start in the beginning of the first quarter scoring five goals. In the final minutes of the quarter, the Bombers pulled through with two goals from senior attacker Jack Shumway and a goal from sophomore attacker Will Witter.

In the second quarter, the Blue and Gold outscored the Tigers 4–3 with goals from Shumway, Witter, sophomore midfielder Owen Smith and senior attacker John Januszkiewicz. The Tigers were up by two goals going into halftime by the score of 9–7.

Throughout the second half, the Tigers would continue to capitalize on their lead over the Bombers. The South Hill squad would never take the lead over the Tigers, resulting in a final score of 16–14.

The Bombers’ next game will be played against Alfred University at noon April 22 at Higgins Stadium.