IC volleyball picks up two wins against Utica and Houghton 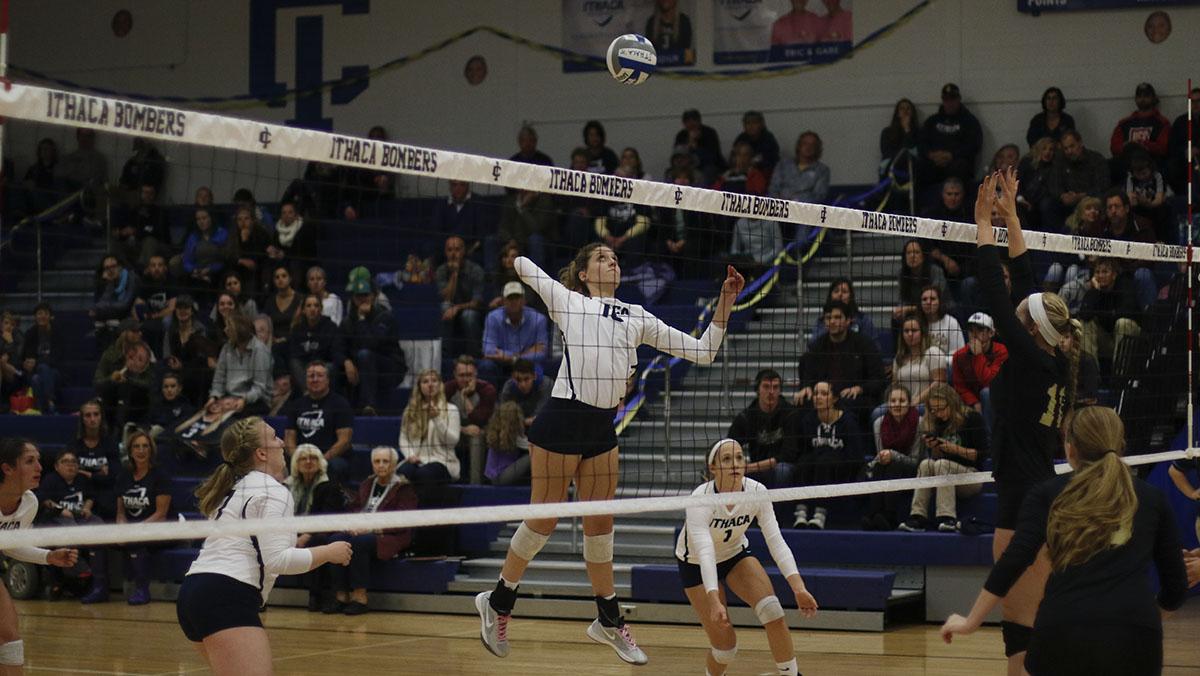 The Ithaca College volleyball team won both games of a doubleheader against Utica College and Houghton College on Oct. 22 in Ben Light Gymnasium. The Bombers are now 22–4 overall and 7–1 in the Empire 8 Conference.

The Bombers defeated the Utica Pioneers in three sets. In the first set, the Bombers won 25–14. In the second and third sets, the Bombers marched to victory, winning both sets 25–8.

In the Bombers’ second matchup, the Houghton Highlanders came out as a stronger contender. The first set ended a 25–19 victory for the Bombers. The second set was the toughest competition the Bombers saw all day, but they still came out on top, winning 25–22. The Blue and Gold sealed a final win with a 25–14 victory in the third set.

The Blue and Gold will take to the court again for the Skidmore Invitational at 5 p.m. Oct. 28–29 in Saratoga Springs, New York. They will be up against SUNY New Paltz, SUNY Potsdam and SUNY Geneseo.

Despite a whole new coaching staff, the Ithaca College volleyball team, led by new head coach Johan Dulfer, has not missed a step.