The women’s basketball team is currently in the middle of a 11-game winning streak, which began Jan. 19 when it defeated Houghton College 67–53. The Bombers are now 21–3 on the season, their best record since the 2012–13 season.

Junior guard Jordan Beers, senior guard Ali Ricchiuti and senior forward Erin Ferguson have led the team this season. Beers is currently the top scorer, as she averages 11.2 points a game and has 258 total points. Ricchiuti is averaging 10.4 points per game, and Ferguson is right behind her with 10.3 points.

The Bombers are currently tied for first place in the Empire 8 Conference with Stevens Institute of Technology. The Empire 8 Championships will begin Feb. 24. 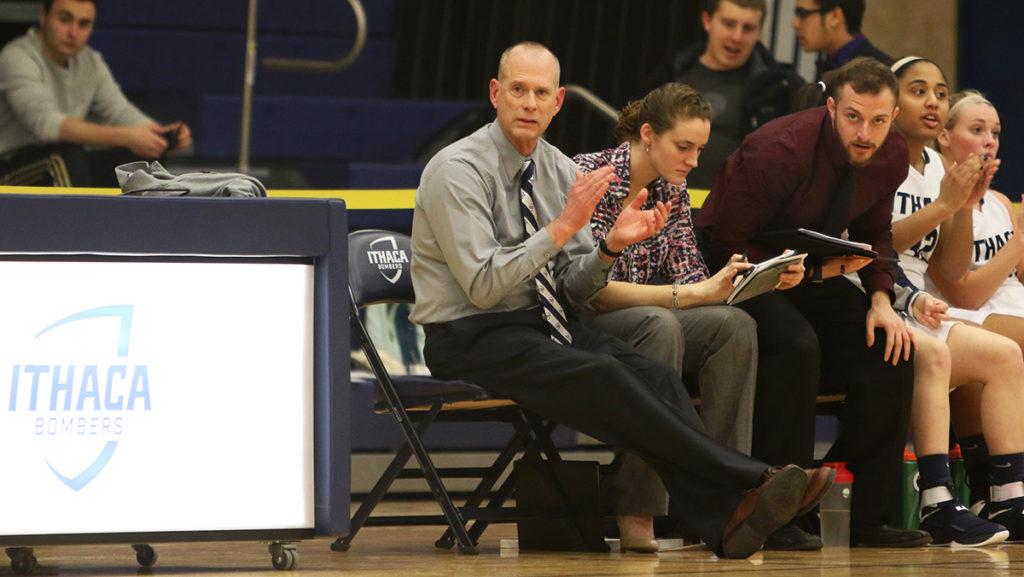 Assistant Multimedia Editor Matt Maloney spoke with head coach Dan Raymond about the strengths of the team, Raymond’s favorite moments from the winning streak and the team’s preparation for the upcoming Empire 8 Championships.

Matt Maloney: What do you think is special about this group?

Dan Raymond: Their commitment to each other. They are a really tight-knit group that has committed to playing for the person next to them, in front of them, wherever. They care for each other.

MM: What do you think are the strengths and weaknesses of this team?

DR: Depth is obviously one [strength]. We feel like we can go 13– or 14–deep. Not a lot of the teams we play will have that ability, so that’s obviously a strength. Especially the style we play with the up-tempo. A weakness is consistently. No matter what coach you talk to, any sport, that’s always going to be a weakness. There are games where we play way up here, and then there are games where we don’t reach that level.

MM: Do you have a favorite moment from the winning streak?

DR: I can’t identify one. I think it’s whenever our players celebrate with each other. That is what is meaningful for me.

MM: Heading into Empire 8 Championships, what do you think the team needs to do to continue winning?

DR: At the end of the year, our defense has really picked up, especially our half–court defense — I’m really pleased with that. Continue with that. Whenever we do our scouting reports, we compile as a team their strengths, their weakness and also their individual strengths and weaknesses. That’s something that we always emphasize: Understand the person you are matched up with. What do they like to do? What do they not like to do? And make sure you are forcing them to do the things that they are not comfortable doing.

MM: Who do you think the biggest competition will be in the Empire 8 tournament, and what do you think you are going to need to do to beat them?

DR: The next game. That’s all I’m ever going to say; it’s always going to be the next game. … We have some time off before our next game. Whether it’s St. John Fisher or whether it’s Hartwick, whoever we see in the semifinal, that’s our toughest game.