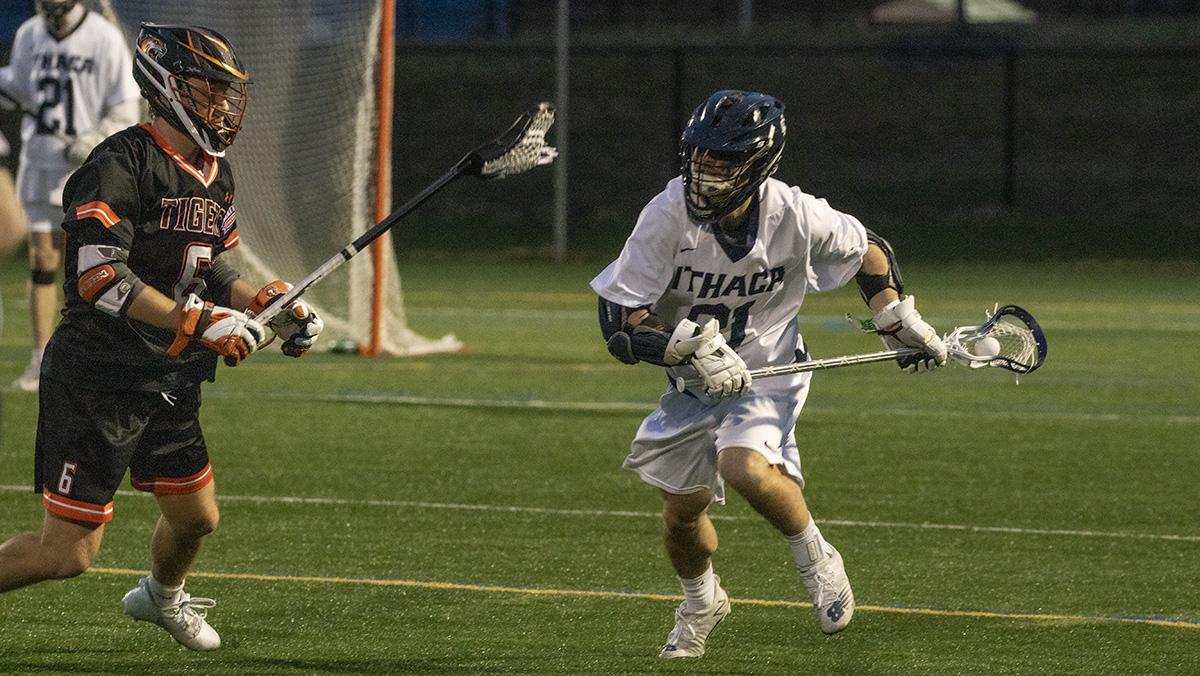 The Ithaca College men’s lacrosse team fell 19–6 to Rochester Institute of Technology (RIT), on April 13 at Higgins Stadium. With the loss, the Bombers dropped to 9–3 on the season while the Tigers improved to 11–1.

The Tigers jumped out to an early lead in the first quarter and never gave it up. The Bombers’ eight turnovers in the first quarter gave the Tigers opportunities to score early. The squad scored nine unanswered goals to start the game and it wasn’t outscored in any of the four quarters. Junior attacker and midfielder Luke Pilcher and senior attackman Conor Bollin led RIT in scoring with four goals each on the day. Senior attackman Spencer Bell, senior attackman Quinn Commandant and senior midfielder Marley Angus each scored two goals as well.

The Bombers’ first goal was scored by sophomore attackman Charlie Niebuhr and was assisted by graduate student midfielder Connor Brumfield with 8:01 left in the second frame. The Tigers scored six more goals before the Bombers scored again late in the third quarter. Junior attackman Jake Erickson led the team in scoring with back-to-back goals in the third quarter, making it a 15–3 game. In the frame, the Bombers matched the Tigers in scoring, with each team scoring three goals.

In the final quarter, the Bombers were outscored 3–2, making the score 19–6 and drawing the game to a close. Senior midfielder Cameron Macnicol, junior midfielder Andrew Tinnesz and sophomore midfielder Derek Stout scored the Bombers’ other three goals.

The Bombers will stay on South Hill to face the 5–5 Skidmore College Thoroughbreds, beginning at 1 p.m. on April 16 at Higgins Stadium.