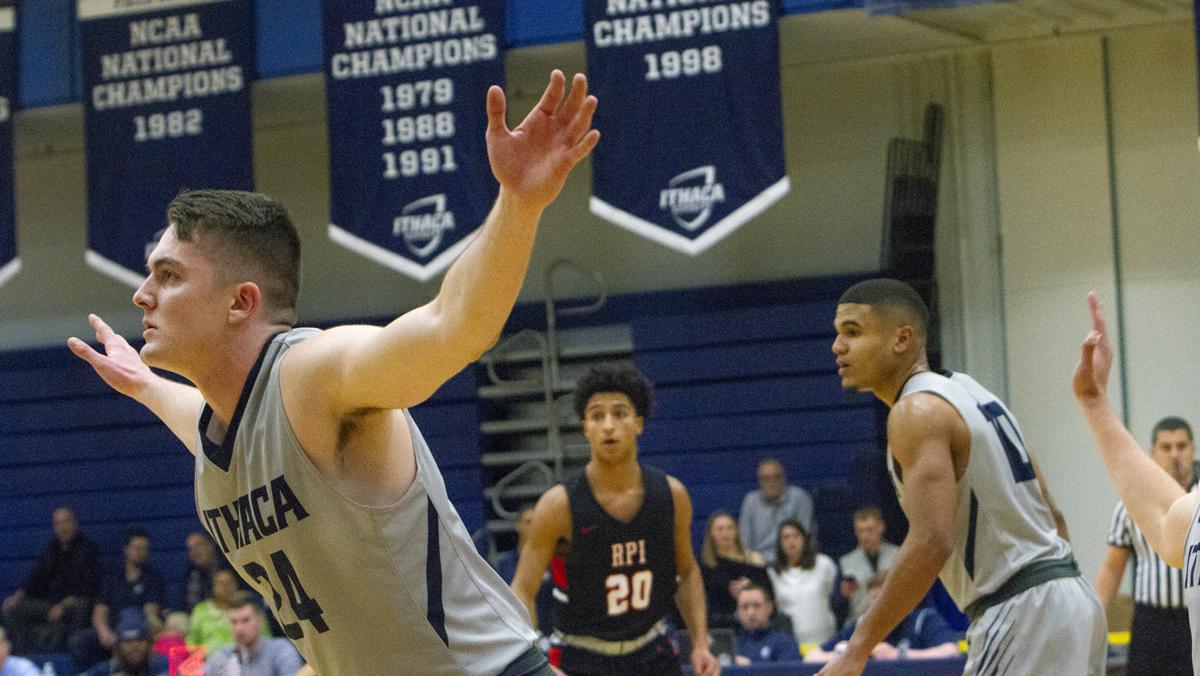 The Ithaca College men’s basketball team defeated the Rensselaer Polytechnic Institute Engineers 89–85 on senior day in overtime at Ben Light Gymnasium. With the win, the Blue and Gold improves to 11-9 overall and 7-6 in Liberty League play and are now on a three game winning streak.  With the loss, the RPI Engineers fall to 11-10 and 6-8 in conference play.

“Sometimes, my teammates get me going, they remind me of who you are,” Ezema said “At the same time I had a lot of people come down from New York City, come down to watch me play, so I had to give them a show.”

The team has struggled in the Liberty League but have recovered recently, as this game marked their third win in a row. Thompson said that the rough patch has given them motivation to keep fighting.

“I mean, toughness, honestly, when you’re 4-6, it was tough on us, especially with how quickly these league games accumulate,” he said. “It would’ve been easy to pack it in, but we have a tough team.”

The South Hill squad returns to action against the Rochester Institute of Technology at 7 p.m Feb. 5 in Ben Light Gymnasium.