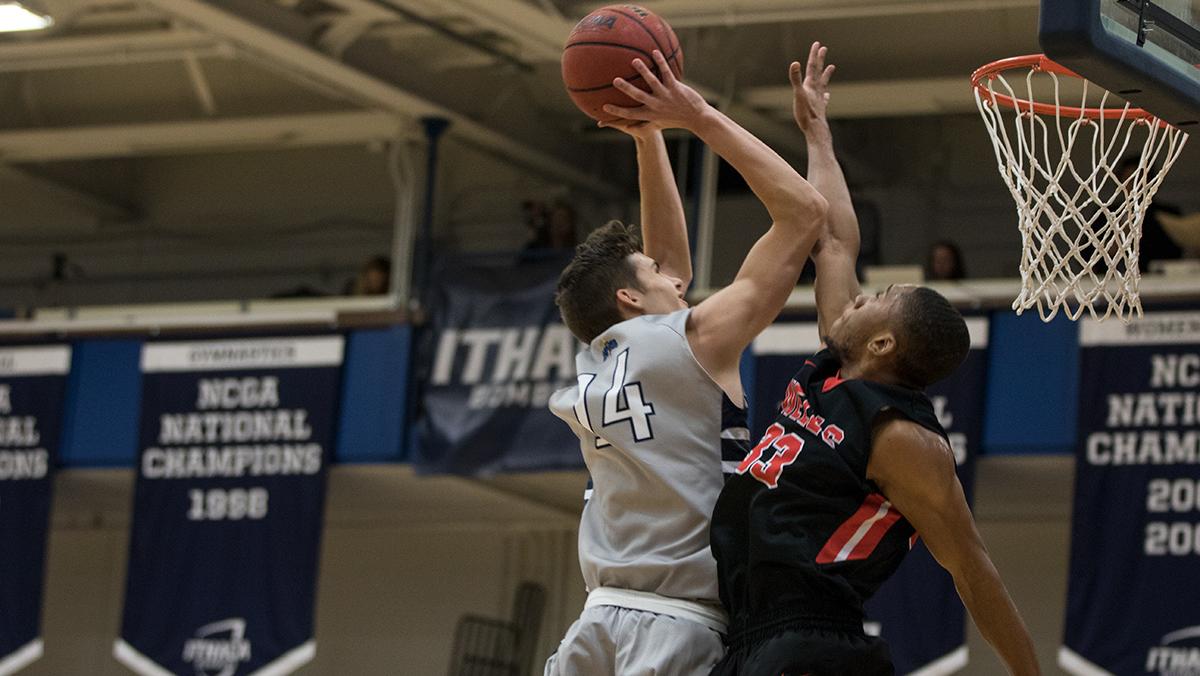 The Blue and Gold took an early lead, starting the game on a 10–1 run. By the end of the first half, the Bombers led Wells 45–28. During the first half, the Express shot 26.7 percent from the field, to go with a 0–9 start from 3-point range. The South Hill squad made 40.5 percent of its field goal attempts and made five 3-pointers.

Chasin said great teamwork attributed to his success from the field tonight.

“My teammates just know where to find me,” Chasin said. “We ran the offense the way we were supposed to, and everything was about trusting the process.”

Chasin said the the South Hill squad’s focus on defense was key to the win.

“We’ve played pretty poorly on defense the past few games,” he said. “So we’ve really focused in on defense at practice and were sure to make it an emphasis tonight.”

Head coach Jim Mullins said the improvement in the team’s defensive effort in contributed to the win.

“Our defensive effort against both Saint St. Lawrence and Cortland was just awful,” Mullins said. “We’ve seen in practice that we are capable of playing good defense and that’s really all we focused on.”

The Bombers next contest is at 7 p.m. Dec. 8 at Union College in Schenectady, New York.