Men’s basketball gets out of conference win against Wells 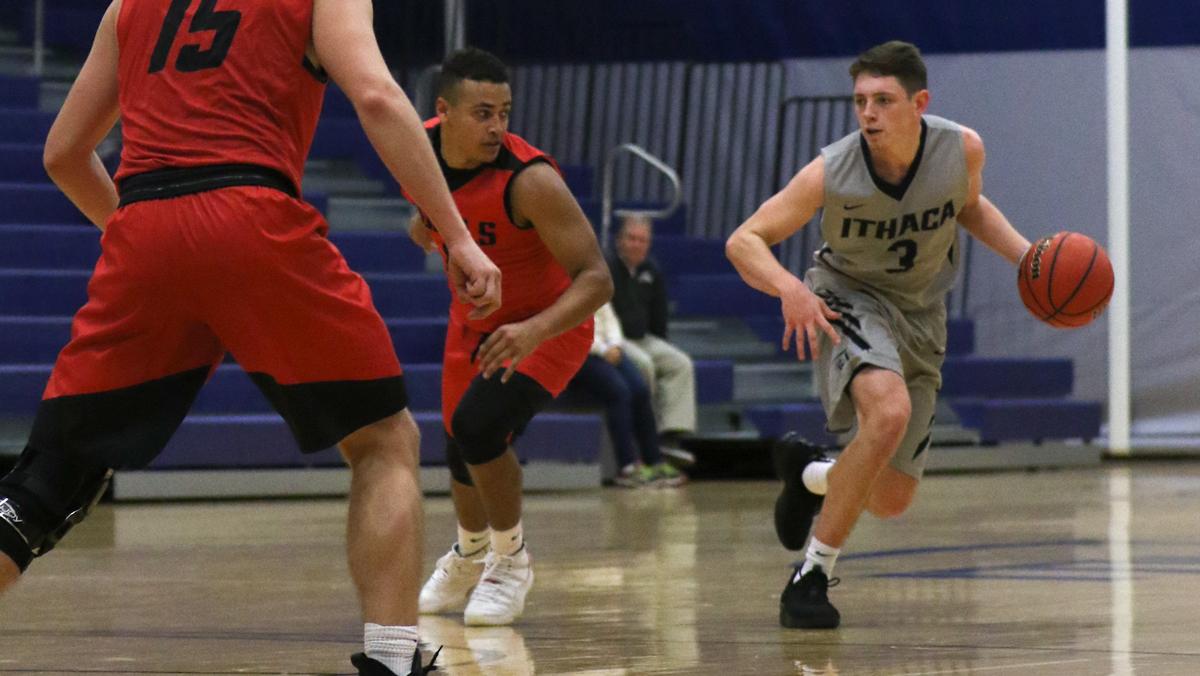 The Ithaca College men’s basketball team bounced back from a two-point loss against Bard College on Dec. 1 and defeated the Wells College Express 82–73 Dec. 4. The Bombers were able to penetrate the Express defense and scored 46 points down low in the victory.

The Bombers scored in bulk early on the first half, and it looked as if they were going to run away with the game. In the first 12 minutes, the Blue and Gold raced out to a 15-point lead with help from junior guard Riley Thompson, who had 11 points in the first half.

The Wells Express had a answer almost every time the Bombers jumped out to a substantial lead. They kept the game relatively close with hot 3-point shooting, as Wells shot 50 percent from beyond arc. The South Hill squad only made 8–31 3-point attempts.

The Bombers started the second half with a 10-point lead and never gave the lead up. The South Hill squad’s ability to stretch the floor out and drive inside were key factors in the win. The Blue and Gold were also able to distribute points among many players as four of the five starters scored in double digits.

Thompson lead the way with 21 points for the Bombers. Senior forward Peter Ezema was able to help Thompson out down low as he went for 17 points and 14 rebounds, which was his first double-double of the season. Junior guard Sebastian Alderete and senior guard Matt Flood contributed 15 and 13 points, respectively.

Wells was led by senior guard Rich Ross who went 56 percent from the 3-point line to keep the Express in the game with 23 points. Sophomore forward Jalen Tribble also had 15 points for Wells.

With the win, the Bombers improve to 3–3 on the season. The Blue and Gold’s next game will be at 8 p.m. Dec. 11 at Ben Light Gymnasium, to host to the No. 17 University of Rochester Yellowjackets.