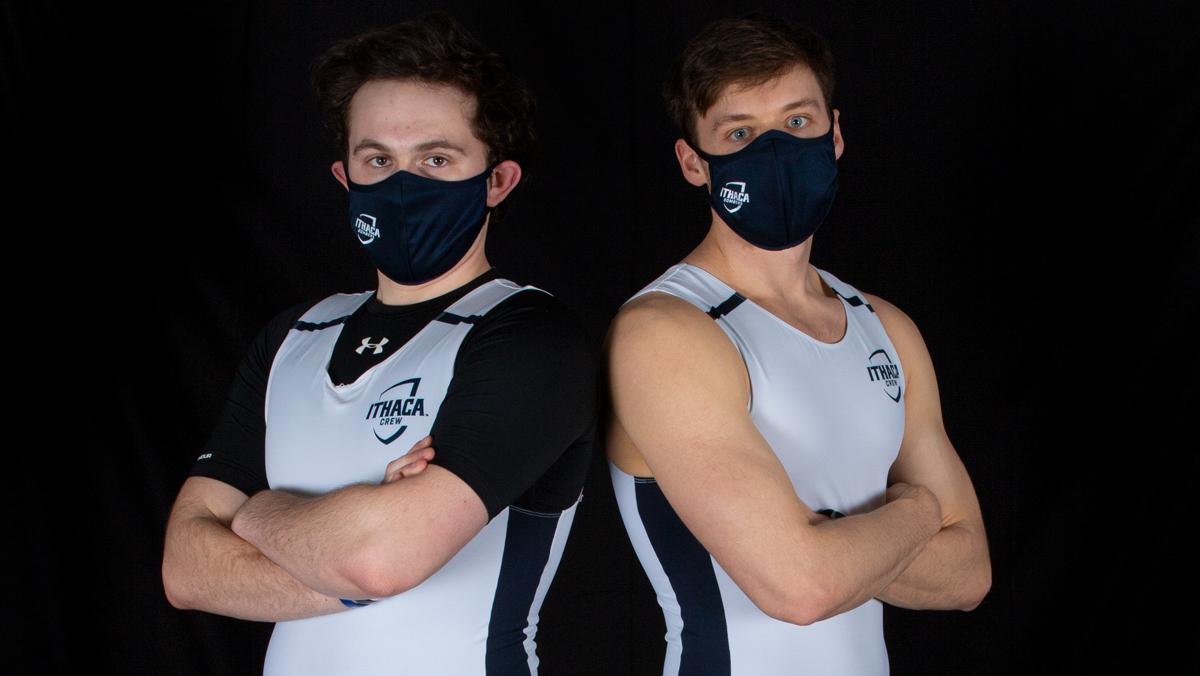 After over a year of not being in a boat together, the Ithaca College men’s crew team is ready to get back on the water once again.

“The Liberty League Championships is never a big deal for the men’s crew, but it will be a big deal this year,” men’s team head coach Dan Robinson said. “It will be the only multi-boat race that we will have. The guys are just excited to have races.”

In the Spring 2019 season, the Bombers Varsity Four boat qualified for the Grand Final at the National Invitational Rowing Championships, and it finished sixth overall. The Varsity Eight took sixth in the Petite Final, and the Second Varsity Eight finished in second place in the Petite Final. The Bombers also had a strong Fall 2019 practice season, competing in four races and sweeping one of them.

Senior Evan Ormbsy, one of the team’s co-captains, said he believes the team has great roster depth this year in comparison to the last couple of seasons. He said that having three equally competitive boats will push each group to improve throughout the season.

“This year we have guys who really know what they’re doing in the first couple of boats,” Ormbsy said. “Our one and two are almost evenly matched. The third boat is almost all beginners, but seeing how competitive the first two boats are, I believe it will make them pick up the pace, improve quicker than in past years.”

The projected first boat consists of Ormsby; his twin brother, senior Seth Ormsby; senior Steven Van Hoof; junior Colin McCarthy; and sophomore Jake Lentz. There are two open seats left on the boat for Robinson to decide who should fill them.

Due to the pandemic, the crew team was not able to have its usual fall competitions nor its annual spring break trip to Georgia. The team will have to get back into rhythm, but Robinson said he does not think they will be at a disadvantage.

“The guys are going to be a little rusty, to say the least,” Robinson said. “Some schools were able to row in the fall. We didn’t row a stroke. It’ll be okay because a lot of the other schools are in the same situation.”

Most of the other schools in the Liberty League were also not able to practice in the water during the lockdown. All of them are in the same boat. During the 10-month offseason, athletes found different ways to stay in shape. Senior Ethan Maines, one of the team’s other co-captains, said the team had to think outside the box to stay in shape and ready to row.

“All of us were in different situations,” Maines said. “I was lucky to have an erg at home. Some of the guys were able to get out on the water, but a lot of us had to do runs. We had to really get creative.”

Evan Ormbsy said that with all the time off, the team will push to assert themselves as a top team in the Liberty League.

Due to the small freshman class this year, there are only two freshman athletes who have rowed before: Ethan Burk and Anthony De Lapi. Robinson said that because the sophomore rowers didn’t have spring competitions last year, fall competitions or a spring break trip this year, it is like there are two freshman classes. Ormbsy said the freshmen have already made themselves better rowers and are becoming a part of the team with every practice.

Robinson said his goals for this season are to play a full season and bring home some wins. He usually uses the state championships to see how the team has improved, but without that competition, winning at least one race has become even more important to him this season.

Robinson considers Rochester Institute of Technology (RIT) to be the biggest rivals in the Liberty League for the Bombers, as all of their races are usually decided within two seconds. Maines agreed and said that RIT has done a good job staying competitive with the program. For Maines, beating RIT is his biggest goal of the season.

The Bombers will kick off their spring season April 3 against RIT and the University of Rochester.