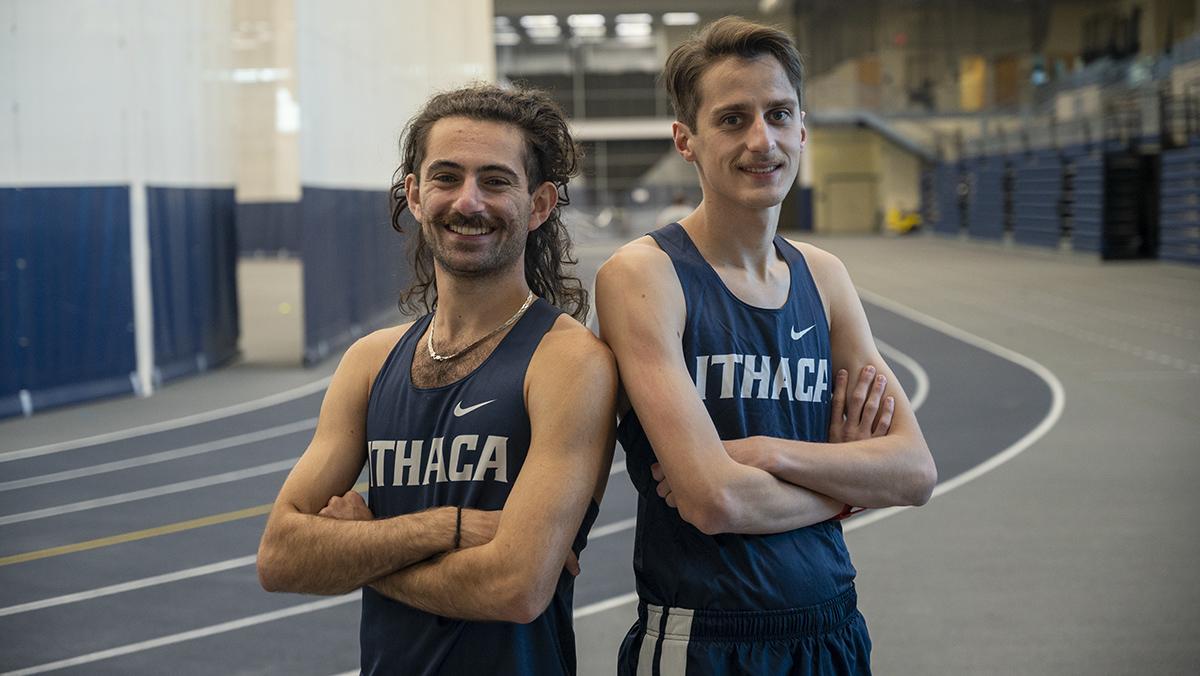 Jagoe finished 208th and Tiber 205th out of the 289 best Division III runners in the country. Jagoe raced in the championship during his sophomore season and said he knew what to expect for the long day ahead.

“It was really great to just be able to go back to a course that I knew really well,” Jagoe said. “It’s been in the back of my mind forever.”

On the other hand, Tiber made his first championship appearance since this was his first complete season on the team. He was on the team last year, but missed a large portion of the season because of an injury. Tiber also studied abroad in the previous season.

“I was very excited to have reached my goal to make it to Kentucky,” Tiber said. “The experience of competing at this level was definitely a once-in-a-lifetime experience.”

Jagoe and Tiber woke up early Saturday morning, ate breakfast and got to the course by 9:30 a.m. Coming off his fifth-place finish at regionals at SUNY Geneseo, Tiber was locked in and confident before the biggest race of his life. He knew that he put in the effort all season long to help him get to the position he was in now.

“For me, it kind of felt like just another day,” Tiber said. “The race itself, I mean. It was no different than anything else.”

Jagoe, who finished in ninth place at regionals, was feeling very appreciative for the ability to be competing in the championship. Jagoe said he reflected on his road to this event in the moments prior to competition.

“I’m grateful that I’m here,” Jagoe said. “I thought about the fact that I’ve done what I’ve done and there was a lot to get here.”

It was 11 a.m. and the stage was set. Jagoe, Tiber and the 287 other participants were all ready. Jim Nichols, the men’s cross-country team’s head coach, said he strategized with his runners to help give them a game plan for the race.

“We talked from day one to get out fast and early to get a good position,” Nichols said.

However, it was not easy, especially since the field was so crowded. Because of the crowded field, Tiber and Jagoe had a difficult time making a fast push to the finish line.

“There was a point in the race when they were only five feet from another,” Nichols said. “Wall to wall with people. A wall of bodies in front of you. They got into the middle but never got rolling again.”

Even after their second-best career time, 25:33.3 for Tiber and 25:36.5 for Jagoe, the two runners felt like they could have done better.

Tiber said he knows that it is not healthy, though, to dwell too much on the past. He also understands the importance of learning from the race and not taking the experience for granted.

“I could have decided to keep being upset about it or to dwell on it, but there’s no point in that and you don’t learn anything from doing that,” Tiber said. “The experience of being there was the highlight.”

Jagoe and Tiber were not just leaders on the grass running, but were also leaders for every other teammate around them during the season. Junior Alex Whatley, teammate and roommate of Jagoe, has seen the leadership roles Jagoe and Tiber filled all year long and is honored to be around them.

“They’re amazing teammates, and they’re always there for us,” Whatley said. “I’m so proud of them for what they did this postseason.”

A big reason for their strong leadership is the remarkable bond they have with one another. Both Tiber and Jagoe looked back on the incredible time they had together during the week and with Nichols. They know that shared experiences, like traveling to the national championships, do not occur on a regular basis.

“Having a one-two punch… it’s really cool to be able to have that one person who you always finish with,” Jagoe said. “I don’t think I wouldn’t have had the chance to be at nationals if it wasn’t for Ben.”

After the race, Tiber and Jagoe had dinner with Nichols and a few other coaches from the event.

As much as Tiber and Jagoe appreciate having Nichols by their sides, the respect is mutual. Nichols said he feels incredibly lucky to coach Tiber and Jagoe and sees how important they were for the team’s success.

“It was a pleasure coaching them all year long,” Nichols said. “They were two leaders that grew as the season went on.”

Now that the cross–country season has drawn to a close, Jagoe and Tiber are prepared for what’s next: the track and field season.

“Our track team is going to be really good, and we have a lot to look forward to,” said Jagoe.