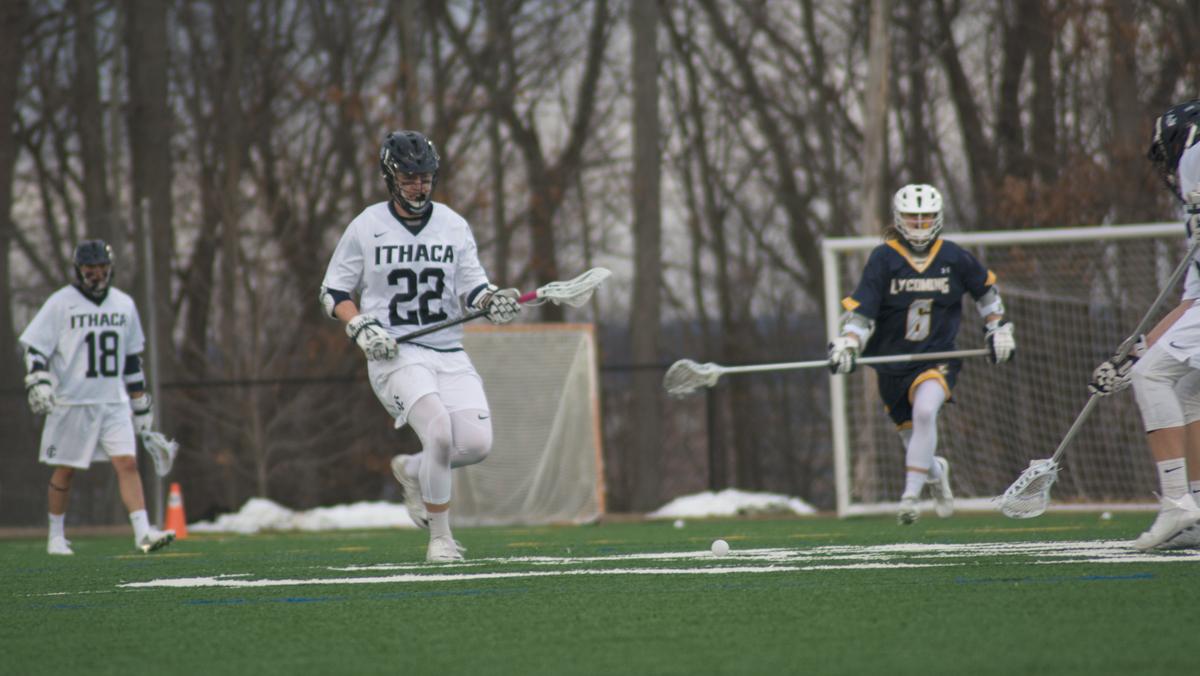 The Ithaca College men’s lacrosse team defeated Lycoming College 17–8 in the Bombers’ first game of the season. The college is now 1–0 on the season while Lycoming drops to 2–1.

The Blue and Gold came out of the gates flying as they went up 4–0 at the 7:43 mark of the first quarter. The opening goal of the 2018 campaign was scored by sophomore attacker Ryan Ozsvath. Two out of the first four goals were scored by junior midfielder Josh Della Puca.

The college went into the half leading the Warriors 11–3. In the first half of the match, the South Hill squad’s offense put up 26 shots on net compared to Lycoming’s eight. Sophomore goaltender Robby Atwood only had to make two saves for the Bombers in the first half, while Lycoming’s goaltender was forced to make nine saves.

The Blue and Gold did not slow down in the second half as the college scored four goals in the third quarter making the score 15–5 heading into the fourth.

Senior attacker Jake Cotton completed a hat-trick of his own at the 12:32 mark of the fourth quarter making the score 16–6. Lycoming would score two more goals this quarter, but it was not enough to make a comeback.

The Bombers finished the game with 48 shots, while Lycoming finished with 31 shots. One of the keys to the college’s victory was the 20 faceoffs the team won compared to the Warriors nine.

The college is back in action at 4 p.m. March 7, as the Bombers welcome Oswego State to Higgins Stadium.