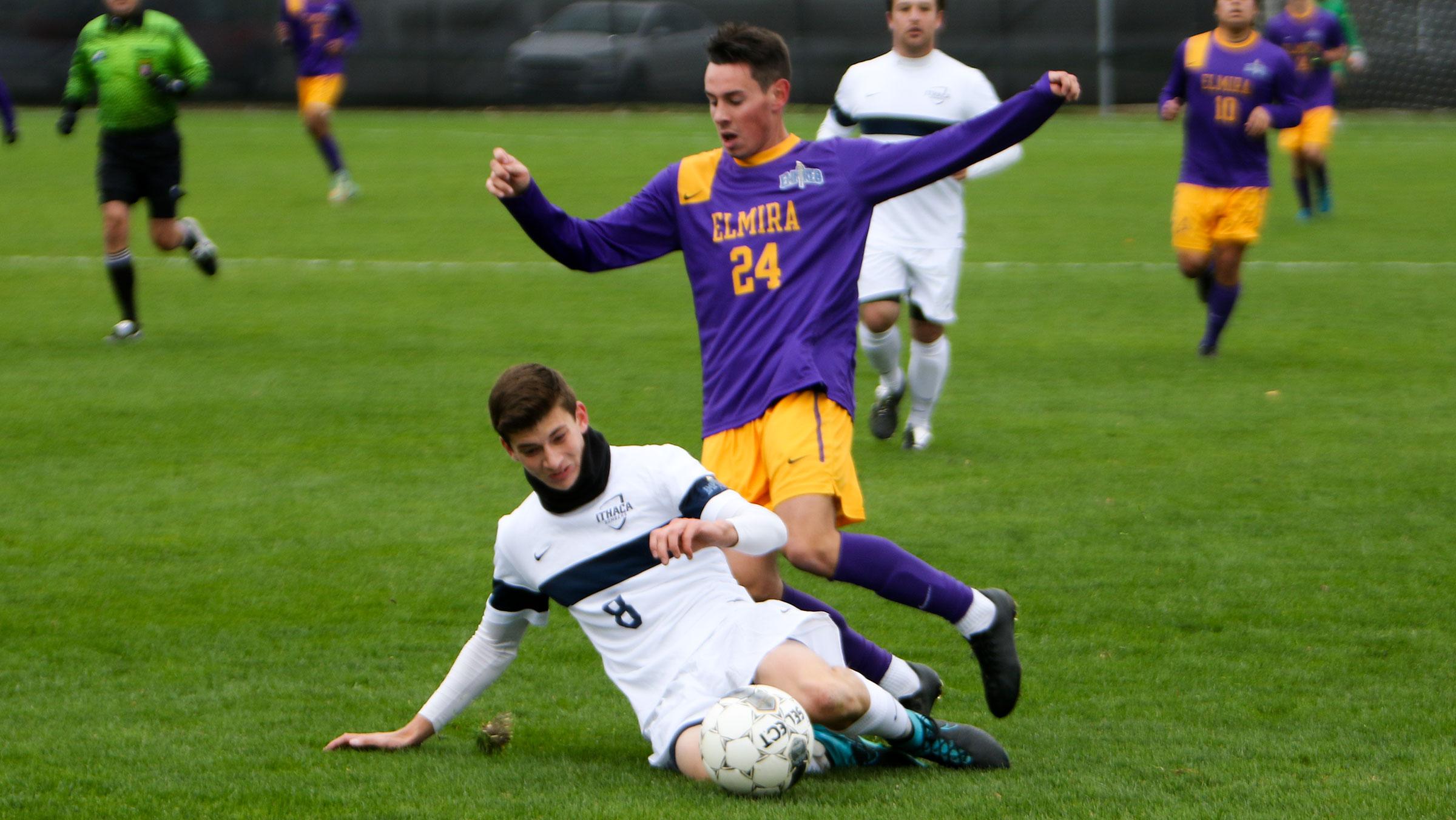 The men’s soccer team traveled to face Rochester Institute of Technology on Oct. 28 in Rochester, New York, to win its second game in a row since its tie with Skidmore College on Oct. 18. The Bombers ended up defeating the RIT Tigers by a score of 1–0 and have now won four of their last five games.

The Bombers got on the board quickly in this contest. Sophomore midfielder Eric Hepler made a pass to senior midfielder Blair Carney on the right side that Carney blasted into the net just 39 seconds into the game.

That would be all the South Hill squad would need, as the Bombers played a defensive-heavy game. Junior goalie Zach Jacobsen had an easy day behind the net as he picked up his fourth shutout of the season.

The RIT offense never seemed to get going, as it was only able to manage one shot on net while missing seven other shot attempts. Despite the Bombers’ lone goal in the first half, the Blue and Gold weren’t able to get much offense either, getting five shots on goal in the defensive-minded contest.

With this win, the Bombers improve to 6–7–2 on the season and are an inevitable lock for a spot in the 2015 Empire 8 playoffs.

The Bombers play their final regular-season game against the Alfred University Saxons at noon Oct. 31 in Alfred, New York. If the South Hill squad gets the win against the Saxons, the Bombers will host the Empire 8 playoffs and be the No. 1 seed.