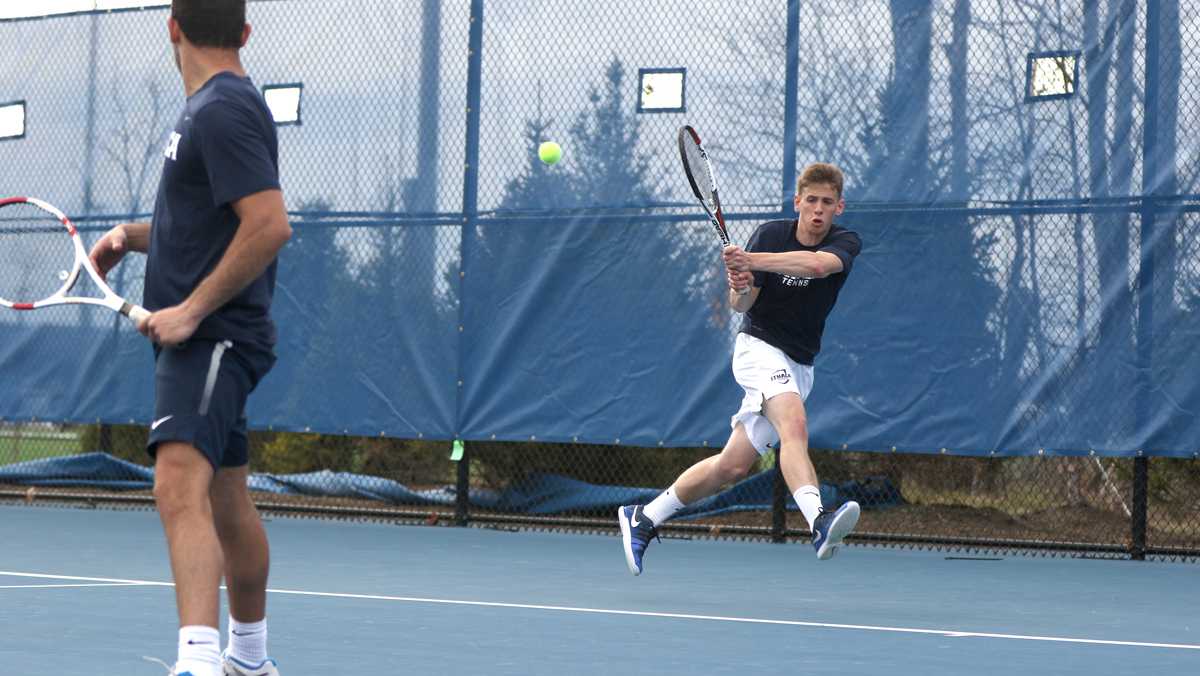 The Ithaca College men’s tennis team defeated Hamilton College 5–4 in a non-league match at Wheeler Tennis Courts on April 24. The win brings the Bombers’ record to 6–8 on the year.

The Blue and Gold fell in the doubles portion of the match 2–1, The first doubles pair of sophomores Minos Stavrakas and Colten Lavery had a chance to close out the match when they took a 5–4 lead, but were unable to finish and ultimately fell 8–5. The second doubles pair of junior Sam McGrath and senior Lorenzo Viguie-Ramos took their match 8–3. This was the duos’ third win this season. The third doubles pairing of junior Garrett Boleslav and sophomore Liam Spiegel dropped their match 8–2.

The singles matches had a rocky start when sophomore netter Max Prestwich took a bad step chasing down a lob shot in his fourth singles match and had to retire from the match due to injury. The third-singles match was also a loss for the South Hill squad, as Lavery was defeated 6–1, 6–4 by Hamilton freshman Max Zimmerman. The deficit was 4–1 in favor of the Continentals after this match.

The comeback started for the Bombers in the fifth singles match when sophomore Sam Fried defeated Hamilton senior Eyad Nagori 6–4, 6–2. The victory brought Fried’s record to 6–6 on the year.

Viguie-Ramos fell 5–7 in his opening set, but persevered to take a 9–7 win. He then won 7–5 in the final set to seal the win for the Bombers.

The Blue and Gold are back in action against Trinity College at 2 p.m. April 28 at Wheeler Tennis Courts.