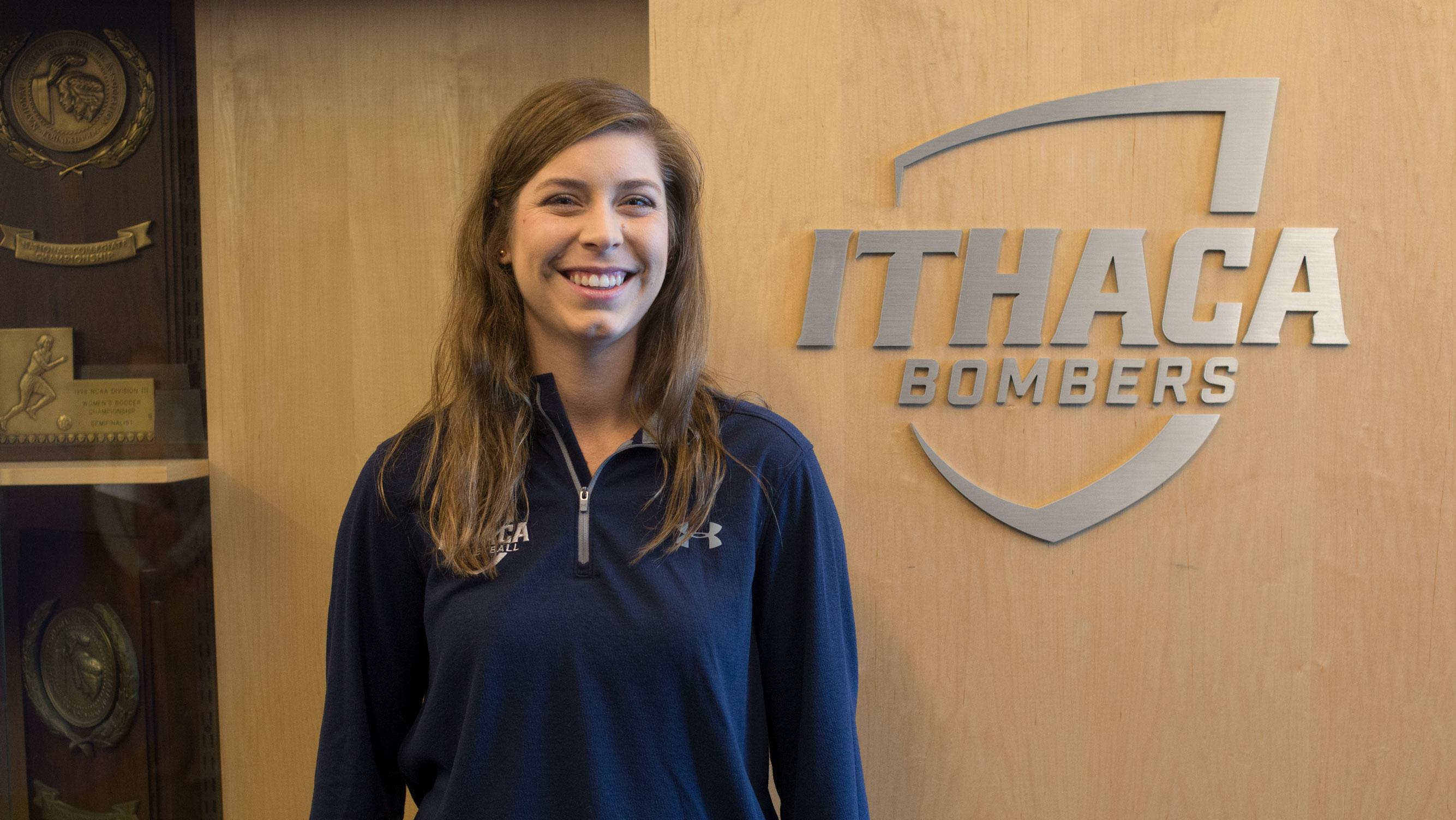 Viola grew up in an athletic family — her father, Frank Viola, was the 1987 World Series MVP for the Minnesota Twins, winner of the 1988 American League Cy Young Award and a three-time All-Star. Her sister, Brittany, was an NCAA diving champion for Miami University and competed at the 2012 Olympic games while her brother, Frank III, played for both the White Sox and Blue Jays organizations before retiring.

Sports Editor Danielle Allentuck spoke with Viola to discuss her past playing experience, what it was like growing up, and the team’s goals for the upcoming season.

Danielle Allentuck: You come from a very athletic family. What was it like growing up?

Kaley Viola: It was a little hectic. We moved a lot. Luckily, I was the youngest, and I didn’t have to move as much as my older siblings. For the most part, we lived in Florida in the offseason, and we traveled for a bit with my dad during his season. It was really cool. When I was younger, I didn’t understand what my dad was doing, I just knew he played baseball. But as I’ve gotten older, I’ve learned to appreciate it more and more and understand the sacrifices he made for us. It was definitely an interesting lifestyle, but very cool to be able to say we experienced that. Getting to say my dad was a Major League Baseball player is really neat. I went to London to watch my sister, and we were there for two weeks and got to see some cool events. We saw table tennis, swimming — I got to see Michael Phelps. I went and saw beach volleyball and got to see when Brazil and the U.S. played in indoor women’s volleyball. Obviously, watching my sister dive was the most amazing experience.

DA: Why did you decide to apply for this job?

KV: I knew I wanted to move up to this area. My fiance is in medical school in Pennsylvania, and he’s doing his rotation up here in the Guthrie system … so when I saw the position open up, I jumped on it. I saw that Johan had gotten the head position, and that made me really excited because looking at his past and his accolades, I knew I really wanted to learn from a coach with his experience. I really wanted to continue coaching. It wasn’t an option for me to move and not continue my passion for coaching. Learning more about this school, I’m really excited, and I love what the school stands for and the athletic department in general.

DA: What is something special you bring to the team?

KV: I think my experience. I think that being able to say I played at a high level and all of the coaches I have played for have taught me a lot of things, and being able to take what I learned from those coaches and being able to apply that here and teach these girls not only technique but the overall game of volleyball … My biggest enjoyment out of coaching is not always on course training but being able to be a mentor and role model for the players, and that’s what I hope to bring. I hope I can have a good bond with the girls and be that rock the girls can come to and learn and grow and become awesome young women.

DA: What are the team’s goals for this season?