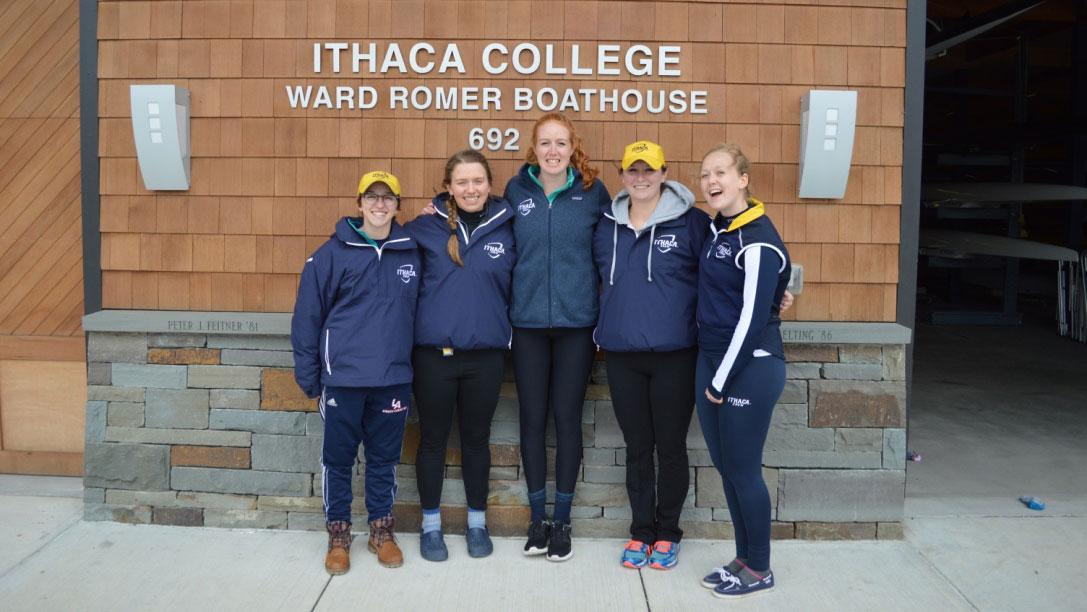 Four members of the Ithaca College women’s crew are creating a documentary chronicling the Olympic journey of Emily Morley ’16, who represented the Bahamas in the women’s single sculling event at the Rio de Janeiro Olympic games this summer.

Juniors Julia Williamson and Bailey Doran and seniors Rebecca Veninsky and Maeve Berry began making the documentary, called “2000 Meters Out,” in December 2015 and premiered a seven-minute version at the Women in Media Day Challenge on March 8 in Roy H. Park Hall. Williamson and Doran are television-radio majors, while Veninsky is a documentary field studies and production major and Berry is a cinema and photography major with a production concentration.

Williamson got the opportunity to attend the qualification regatta in Chile in March, and the four are planning on expanding the documentary in the future. They are taking a break from filming right now, but they have booked their tickets to Bahamas for winter break to do post-Olympics interviews with Morley and her family.

Sports Editor Danielle Allentuck spoke with Williamson about the inspiration for the documentary, the challenges of making it and their plans.

Danielle Allentuck: When did you get the idea to make this documentary?

Julia Williamson: It was pretty much the moment after Emily announced to the team she was going to train for the Olympics. I believe it was early December, right before we left for winter break, and she said to the team that she was going to start training, and Becky [Robinson], our coach, said we were going to have extra training groups, so we were going to have physical and mental training groups, and I thought, “What could I do to help Emily but also make it fun for her?” So I thought of the idea of making a video about it, and it kind of just took off from there.

DA: What was the reaction of the team?

JW: I think everyone just loved the idea. They had to get used to the camera being in their face, and I had to remind them to pretend like I’m not here because I was all in their face when they were working out. But they thought it was a really cool idea that they were going to get to be a part of this video and be physically recognized as a part of it because they all knew they were a part of it, but to be in a video that was going to be shown to a lot of people, they knew their efforts were being recognized.

DA: Did you encounter any complications while filming?

JW: Occasionally, there would be times that I would be filming and people would be like, “No, no, this is not the time, get away.” As a coxswain, I know that moment as well because there are times when people on the team are doing an erg piece, and they just don’t want to hear my voice. I have to know not to take it to heart; it’s just that they are in a lot of pain, and they don’t want to hear my voice, so I just take it a step back, and it’s kind of the same with having a camera in their face when they are in a lot of pain and probably not looking too great. There are some pieces where Emily would shake her head at me, and I knew that was a sign to back away. 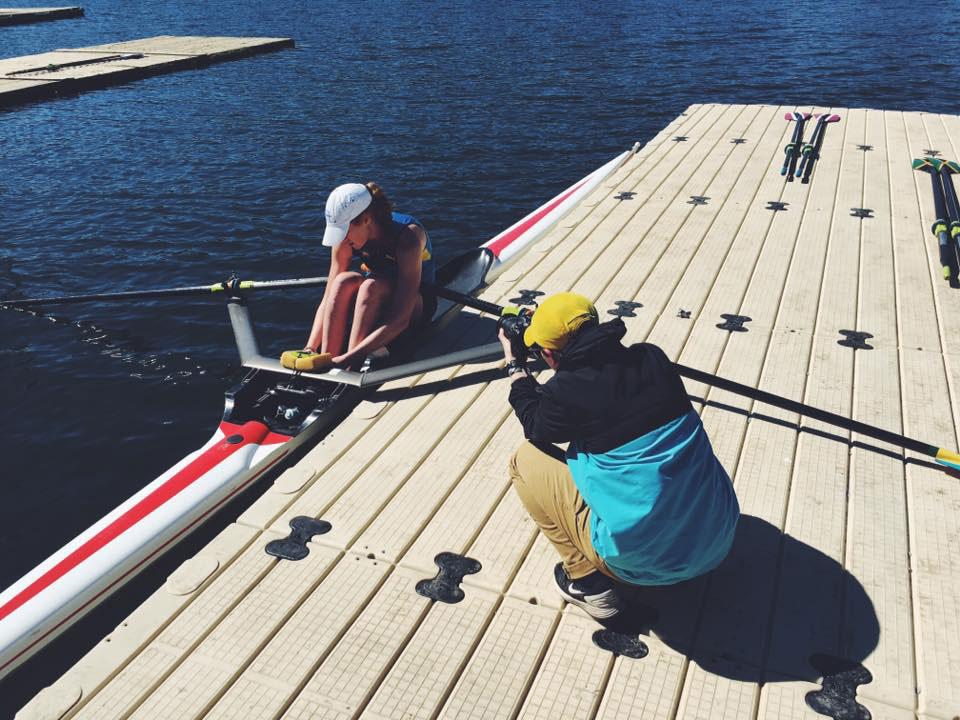 Williamson films Morley during the qualification regatta in Chile in March. PHOTO COURTESY OF JULIA WILLIAMSON.

DA: How did you get to go to Chile with Morley and head crew coach Becky Robinson?

JW: We premiered the seven-minute version of the documentary at the Women in Media Day Challenge, and after, we started talking about it in front of the audience, saying we were trying to figure out a way to get some video of the qualification regatta, and we thought about sending someone else or having her do video diaries. … Carol [Jennings] sent us an email two days later, saying we should apply for this grant so we can send a student videographer. I got the email when I was sitting with Emily and Becky, and Becky said, “Why wouldn’t you just come with us? You know the sport and Emily.” I had thought that it wasn’t possible for me to go because I would have to leave spring training early, and I didn’t want to put eight girls on land because they didn’t have a coxswain. But because we had an extra coxswain, Becky said it would be feasible. This was on Wednesday, and we were leaving on Friday for spring training to go to Georgia. … They fast-forwarded the whole thing, and by Friday, the grant was approved, I had booked my flight, and I was going to be heading out to Chile with Emily and Becky from Georgia, and I didn’t even have my passport with me at the time, so my parents had to ship my passport to the hotel in Georgia. It came together very quickly.

DA: What are your plans for the documentary?

JW: When we were making the seven-minute version, we had trouble fitting it into that timeline. We knew we had so much of a story to tell; there’s so much depth to Emily. She is very humble, and you wouldn’t know most of her story within the first five minutes of meeting her because she doesn’t want to brag about her accomplishments. We discovered this whole story behind it as we were creating this, and it was two or three interviews in that we really started getting into the good stuff. We’re seeing how strong of a person she really is because of the hardships she has had to go through. … There is so much about her family and herself we didn’t get to cover in the seven-minute film. From the start, we knew we wanted to make it longer, and we are thinking of making a feature-length documentary, maybe two versions. … We haven’t really started the editing process, putting it together, but we started going through footage, and we definitely have enough footage to make it that long, and there’s that much of a story to tell. Right now, where we are at is going over footage and taking a little bit of a break because the Olympics just happened, but we just booked our flights to head down to the Bahamas in January. We are going to do some follow-up interviews with her and learn about where she grew up and get some footage there.