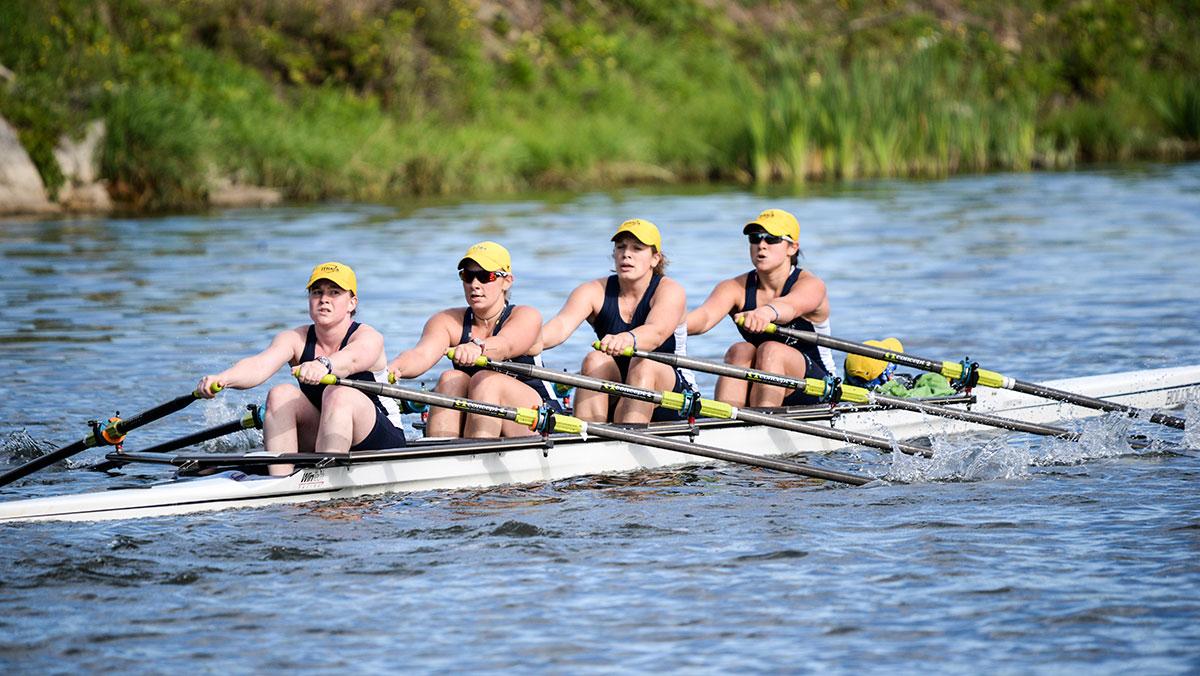 The sculling team competed in the Collegiate Small Boat Challenge for its last race of the season in Mercer, New Jersey, on Oct. 30–31. The Bombers were the only Division III program at the event, yet they still had top-10 finishes in races.

Graduate student Jennie Peterson had the third-best time in her heat of singles, posting 7:18.22. In another heat, senior Katie Ely posted 8:26.86, which ended up being the ninth-best time. These times were posted against top programs in the region, and they set up head-to-head competitions for the next day.

The team of senior Krista Syracuse and junior Maddie Peterson had the fastest double in the water posting a time of 8:13.90. The second double for the Bombers placed third on the competition with a time of 8:22.65.

As for the singles, senior Chloe Lewis placed second in the open singles race with a time of 9:29.18. Sophomore Karina Feitner was right behind her in third with a time of 9:40.37. In a different singles event, junior Rebecca Veninsky finished third in her heat posting a time of 8:55.65.

It was a strong season for the Blue and Gold. The team dominated competition racking up over 10 medals throughout their five-regatta season. For three weeks straight, they posted the fastest quad in their all senior quad which consisted of Syracuse, Lewis, Ely and senior Jennifer Brashears. They were coxed by sophomore Julia Williamson through the season.

The South Hill squad finished its season in the regatta.