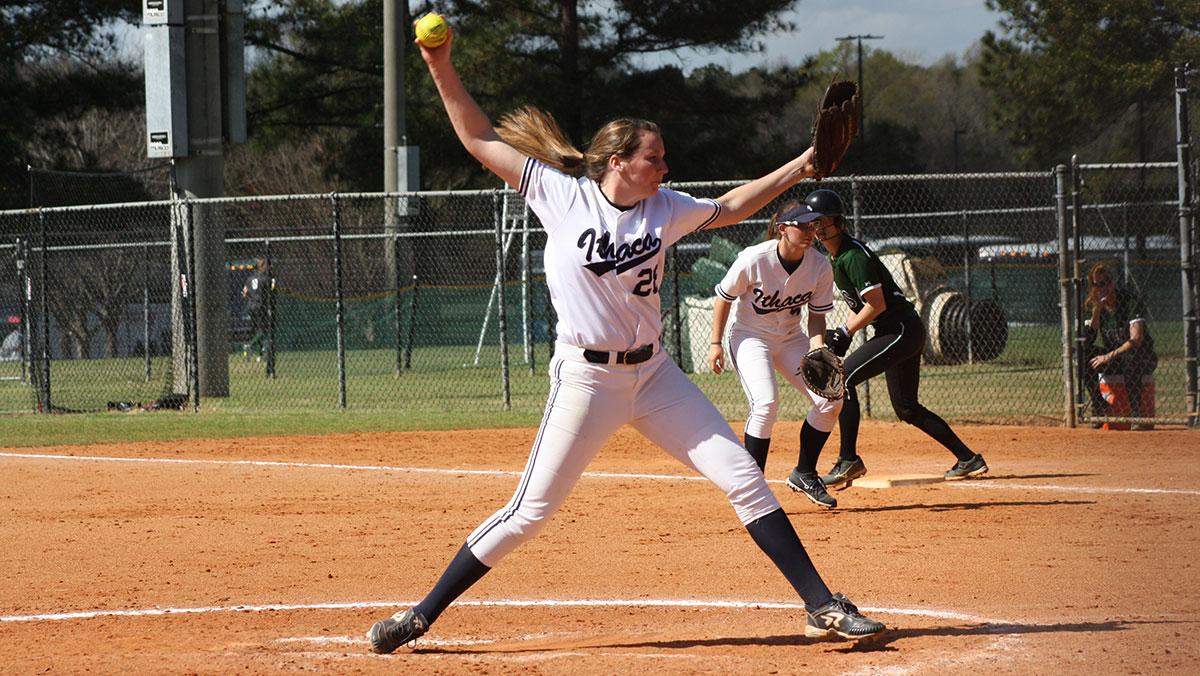 Over the past 14 years, the Ithaca College softball team has been invited to the Division III Leadoff Classic tournament in Georgia. The tournament is played every three years, and the Bombers have played in all six since 2001.

This year, the Bombers opened their season at the tournament, which was held from March 11–13, and won three out of their six games.

The tournament consists of the top 24 Division III teams in the country, and it allows them to get an idea of where the team is in the beginning of the season compared to other top Division III schools.

Head coach Deb Pallozzi said the Bombers have always been one of the teams asked to participate in the tournament.

“It used to be just a Division I tournament, and then they expanded it to Division II and us as well,” Pallozzi said. “And we’ve been invited every year. So we’ve been fortunate to be considered as one of the top 25 teams in the country.”

Senior pitcher Laura Quicker said participating in the tournament was a cool and unique opportunity for the team.

“I think the team as a whole this time around is a lot more confident going into that and having that being our first game, our first time outside pretty much,” Quicker said. “Freshman year, I remember being a little tentative. A lot of our players were a little hesitant and a little like, ‘We’re not going to go out there and give it our all.’ And this year, I think we just exuded more confidence as a team.”

Pallozzi said the competition is tough but that this season, the team can rise to the challenge.

“I feel the teams in Division III are getting better and better. The first year we went, we competed very well, I think even the first couple of years,” Pallozzi said. “The last time we went, we really struggled, so it’s a real good determinate to where you are in relationships to the rest of the teams in the country that are being looked at at the national level.”

Quicker said the team’s experiences on the field let it know what it will take to be successful for the rest of the season.

“I think that going there first, it opens your eyes, and for the freshman we were like, ‘Hey this is postseason. This is what we’re going to face,’” Quicker said. “It kind of shows them the level that we need to play at.”

This year, the Bombers did very well, splitting the series and even defeating Fontbonne University, a team that made it to the regional finals of the NCAA tournament last year, 10–0.

Quicker said the win came from a balanced effort from the team.

“We know that we’re going to see them in Supers, so being able to come out and kind of put them away quickly was something that really helped the hitters and helped our defense too,” Quicker said.

Pallozzi said going against Fontbonne allowed them to play against a tough team early.

“We played well,” Pallozzi said. “Fontbonne was a little off. They have historically been a regional-caliber team. They were at regionals last year. It’s nice to know we can handle our business well. That was a good indicator for me.”

Freshman Vanessa Brown, who led the Bombers with three at bats and two hits in the blowout against Fontbonne, said the reason her hitting is so consistent is because she has the support of her teammates.

“Our captains always enforce that we can beat anybody; we just have to put our minds to it, and that’s the mentality we’ve kind of grown to have,” Brown said. “We can take on anyone. I know that my team always has my back, and they’re always going to pick me up.”

Brown said the team builds on each other and when one player is doing well, the rest of the team is motivated to follow.

“Whenever we have a lot of energy — we get really fired up — we just get excited. It’s like hitting is contagious. I feed off what my team gives me,” Brown said.

Pallozzi said she came away from the tournament with a positive impression on how the season will go.

“If we keep improving the way I feel that we can improve and making the adjustments both at Leadoff and down in Clermont, then I think we have a real positive future ahead,” Pallozzi said.