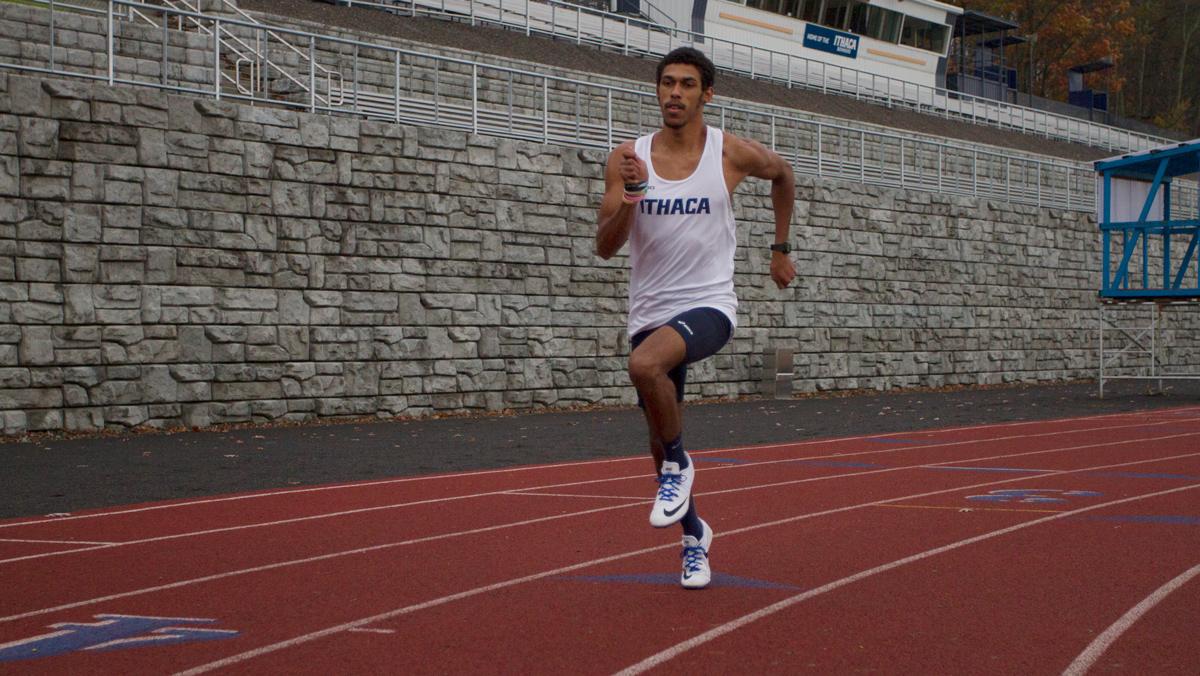 When sophomore Daniel Harden-Marshall finished the 400-meter dash Feb. 3, he had no idea he would be starting a stretch of three broken school records in two weeks.

“I didn’t think I actually ran the time I did when I finished,” Harden-Marshall said. “I was very surprised when I saw the time flash on the scoreboard.”

Harden-Marshall had been slowly approaching the 400-meter dash record all season. He said his main priority is improving his national time, which is what will determine his placement in the national tournament. Still, breaking the record was in the back of his mind, especially after he almost broke it at the Towson International at the New York City Armory on Jan. 13.

“I knew at that point that the record was obtainable,” Harden-Marshall said. “In the weeks leading up, I started training to improve my national time, and this ended up helping me break the record.”

After breaking the record, Harden-Marshall received accolades for his performance, including Eastern College Athletic Conference Track Athlete of the Week and Liberty League Track Performer of the Week.

“It didn’t feel realistic to break two records,” Harden-Marshall said. “When I ran the 200-meter, I wasn’t sure if I had broken the record because we ran on a banked track, which sometimes leads to the times being increased. I didn’t know until 10 minutes later when my coach confirmed that I had broken the record.”

During his freshman year for the Bombers, Harden-Marshall received many postseason honors, including Empire 8 First-Team All-Conference, Empire 8 Second-Team Indoor All-Conference, and United States Track and Field and Cross Country Coaches Association All-Academic. Assistant coach Matt Wiehe said that Harden-Marshall has improved on his freshman year and that he has been impressed with his performance this season.

“Daniel has made a big jump from his freshman year to this year,” Wiehe said. “He has started to adjust to the training and has developed the strength and speed necessary to become one of the top runners in the country in both the 400- and 200-meter races.”

The hype of breaking records is waning for Harden-Marshall, and he said it is time to work on improving his times for the NCAA championships in March and break more records in the process.

“I did not come into the year expecting to break any records,” Harden-Marshall said. “I am at the point now where I am wondering, ‘How many can I break?’ and that is my new incentive. I believe I can have really strong national times in all my events, but I am now eyeing the long jump record.”

Despite his success in the 200- and 400-meter dashes, he said his favorite event to compete in is the long jump because it brings out the true competitor in him.

Harden-Marshall has not been competing in the long jump this winter due to a minor lower-back injury that affects his landing but said he plans on being a full participant once the outdoor season starts.

While the year has already been historic for Harden-Marshall, his teammate, junior Derek Howes, said that Harden-Marshall’s energy levels have a strong impact on the team.

“Daniel is an incredible teammate,” Howes said. “I think the attitude that he brings to the team is very special, and has a large impact because of how he can perform. He goes out there to have a great time and do whatever he can for the overall success and happiness of the team.”

Harden-Marshall said being perceived as a good teammate is of equal importance to winning races and breaking records and said he hopes that he can grasp more leadership opportunities in the coming years.

“I feel like now I am someone that guys on the team can look up to,” Harden-Marshall said. “I hope to motivate others to run their fastest times, in practice or in a meet.”