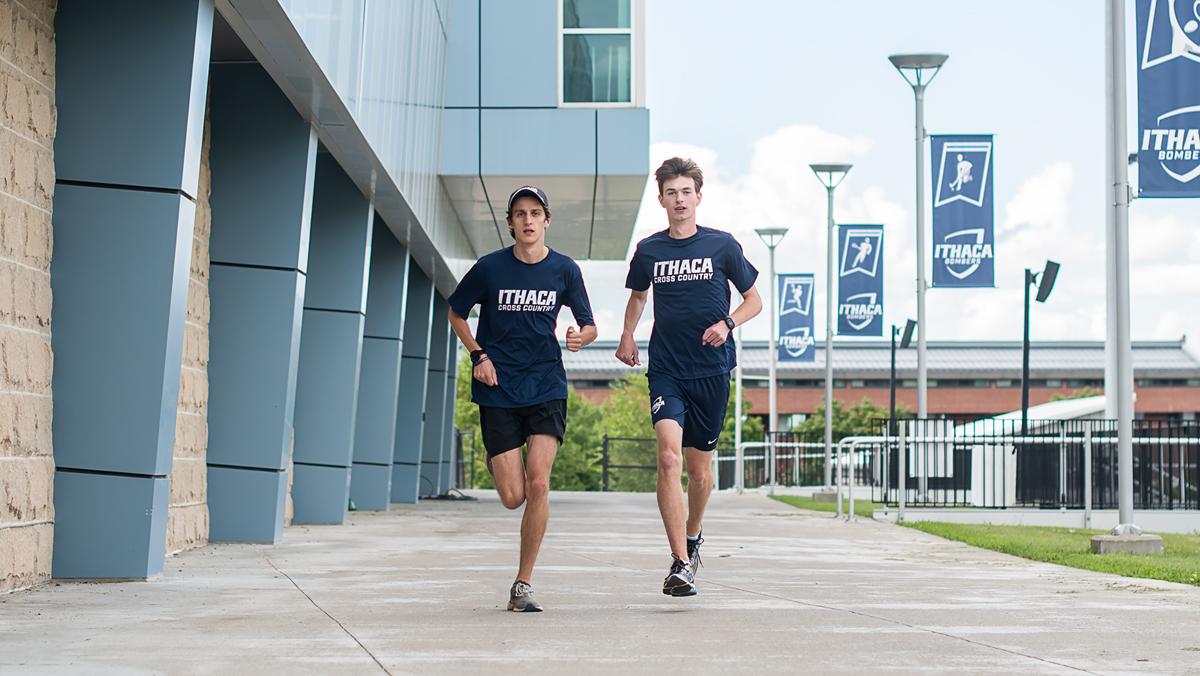 After a fourth–place finish at the Liberty League Championship in 2018, the Ithaca College men’s cross-country team’s large returning roster is primed for a new and improved season.

All five of the Bombers’ top finishers from NCAA Regional Championship will be back on the squad this year. Junior Sam Shapiro said the returners will be a major advantage for the Bombers. 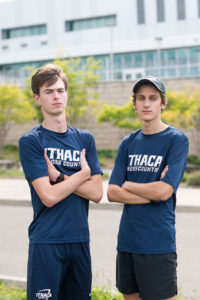 “The teams in front of us lost All-American talent this season,” Shapiro said, “Since Rensselaer Polytechnic Institute and Rochester Institute of Technology both lost top pieces, I really feel like we have a shot to make the top three or top two in the conference for this season.”

Head coach Jim Nichols said that while the team suffered a few losses to graduation, the incoming class will more than compensate.

“Losing our senior captain Daniel Hart was tough, but we added transfer Zach Wachs from the University of Kentucky, who is a top addition for the team,” Nichols said. “We also added freshman Alex Whatley, who ran an impressive 4:28 mile in high school.”

Nichols said that the team struggled with injuries last season, and he has high expectations for the athletes who will be back this season.

“We return two seniors in John Blake and Jeff Montgomery,” Nichols said. “Blake is one of our top runners and will make a big impact on our team. Montgomery, who was out with an injury last season, will also be a big addition to the team, providing strong senior leadership.”

Blake took a leave of absence from the college due to an injury last fall. During the 2019 outdoor track season, Blake qualified for the NCAA Track and Field Championships in the 3000-meter steeplechase and also broke the school record in the event.

“Blake coming back is really big for us,” Shapiro said. “His performances in the spring were the best of the season for our team, and we all feel he’s going to be one of our top performers this fall season.” 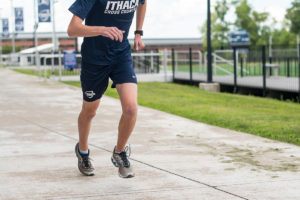 The Bombers return all 5 of their top runners from last season’s Liberty League Championship.

Sophomore Danny Jagoe will also be on the course for the South Hill squad. Jagoe was the fifth finisher for the squad at the Liberty League Championship and was awarded 2018 Liberty League Cross-Country Rookie of the Year. Jagoe said he expects the team to continue improving with experience

“I was honored to receive an award for my freshman season, and I was lucky to be able to stay healthy and have some good races at the right time,” Jagoe said. “However, there were other strong freshmen. I know we’ll all be pushing each other and improving as a team as our sophomore year rolls around.”

Shapiro said unity among the squad will be crucial to the team’s success and also keeps morale high throughout the grueling season.

“Our team has always had great chemistry,” Shapiro said. “Last year we all got wristbands that said ICXC on them, which was another cool way of how we are all one big family. Our goal is obviously to improve and win, but we really have a great time along the way.”

The team opens its season at the Jannette Bonrouhi-Zakiam Memorial Alumni Run at 11:15 a.m. Aug. 31 in Ithaca.