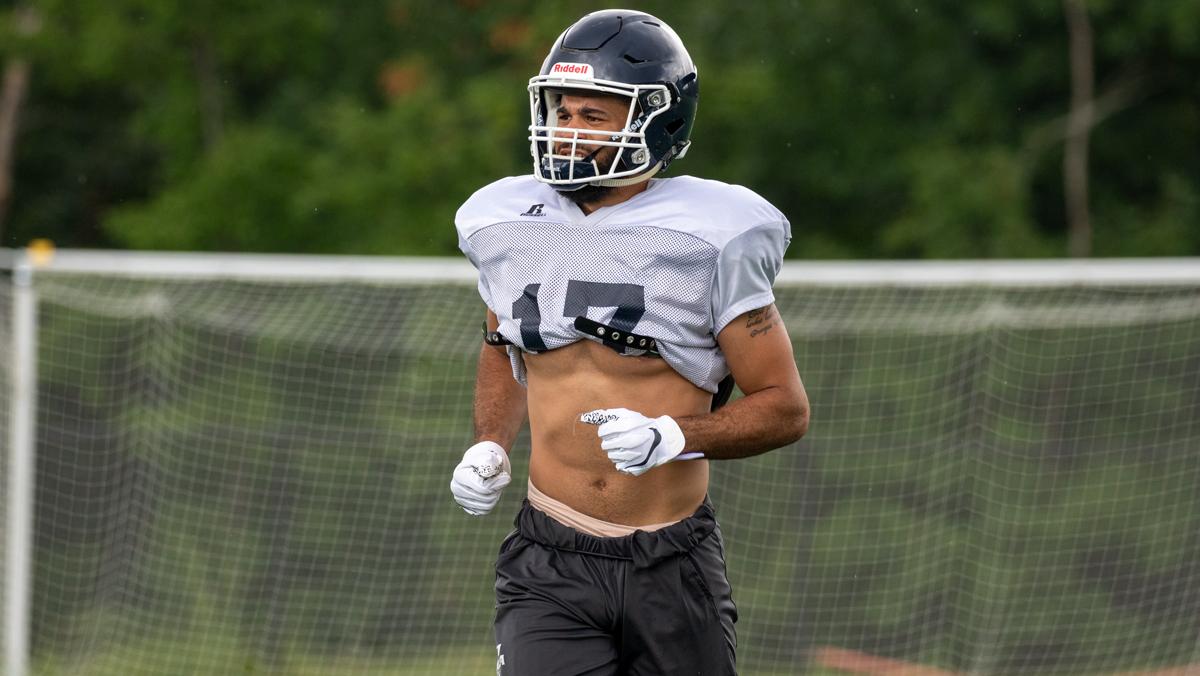 When junior defensive back Daniel Hutchinson first heard about the passing of new name, image and likeness (NIL) laws in July of this year, his reaction was short and simple.

“Finally,” Hutchinson said. “It was finally time we could make some money and make something happen off of our own names.”

Until July 1, 2021, when the first round of new NCAA regulations and state laws went into effect, student athletes were prohibited from profiting off their NIL. If they did, they would be subject to losing their athletic eligibility. That meant no endorsement deals, selling memorabilia, local business partnerships or anything similar. The legal battle has been occurring since late 2019 when California State Senator Nancy Skinner had her legislation passed that would bar schools from reprimanding student athletes who benefitted from their NIL starting in 2023.

The NCAA Board of Governors approved an interim NIL policy June 30, 2021, which allowed student athletes to profit off their NIL. The policy also included rules regarding communication that must occur between student athletes and their institutions, and restrictions on schools promoting an athlete’s business deals from their NIL.

Hutchinson went viral in 2019 after posting a video of his personalized handshake with his mother as he was moving in on campus. Hutchinson’s Instagram account reached approximately 33,000 followers after the video, which attracted companies to reach out to him. In the past, he had to turn down deals offered to him. However, after keeping a large following and with the recent rule change, he is able to take advantage of his own NIL.

“Now with these new rules that have been passed, I’m reaching out to all of these companies saying ‘Hey look, I can make some money, I can promote a product, or I can give you guys a shoutout,’” Hutchinson said. “[Social media] definitely opened up so many doors, especially having the fan base and following that I have.”

So far, Hutchinson said he has multiple deals in the works, but has agreements with four companies: PSD Underwear, Breylee skin care, Hear Me Out (a new music streaming service) and Peer Pop (a new social media platform). Hutchinson has received products to use and promote and profits off other people purchasing products using his referral code. While Hutchinson said he has not made much money so far, he is still happy to be able to benefit from his following on social media.

Barstool is a company that mainly produces digital content like podcasts, blogs and livestreams about sports and current events. The company has received a lot of publicity, both positive and negative. On Dec. 17, 2020, Portnoy and Barstool created the Barstool Fund, which supported 443 local businesses with the financial hardships that resulted from the COVID-19 pandemic. However, Portnoy and other Barstool employees have faced controversies in the past surrounding accusations of homophobia, racism and misogyny.

As collegiate sports begin to wade into the uncharted waters of athletes profiting from NIL, one concern is the lack of information student athletes have regarding their new situation. Educating them about all facets of NIL agreements has been something Erienne Roberts, Associate Director of Athletics and Senior Woman Administrator, made a priority once the new NIL rules were put in place.

“I think the whole purpose of NIL was to ensure that student athletes, in any capacity, wouldn’t be exploited for their athletic abilities, and would be able to tap into their whole self, market who they are as athletes and other aspects in ventures that they might have,” Roberts said. “My hope is that corporations, and these organizations that student athletes partner with, really understand that exploitation can happen even if they’re getting paid.”

Another Bomber who has begun to benefit off her NIL is junior field hockey player Amberly Christiansen. Christiansen, like Hutchinson, is a Barstool Athlete. Christiansen said she reached out in early July and was told she was one of the first Division III athletes to apply and be accepted. She added that her love for the company and Portnoy helped make her decision easy.

“I think they do great work with athletes and really take care of us,” Christiansen said. “I read into [what Barstool does with athletes] and asked a few of my friends that play at University of North Carolina who are Barstool Athletes, and they were actually in touch with Portnoy. I got my information from them.”

The common theme in both Christiansen’s and Hutchinson’s NIL agreements is that they have reached out to companies and sought out opportunities. Hutchinson said the best thing that others interested in NIL deals can do is find companies and introduce themselves.

“All my teammates and even my friends back home just want to understand how to reach out to all these companies and what steps they need to take just to start off,” Hutchinson said. “For me, it was sending emails and direct messaging. It’s all just outreach.”

The current interim NIL policy applies to athletes in all three divisions of competition, but since New York does not have NIL laws, Roberts said the college will follow the lead of the NCAA, Division I and Division II institutions that are further ahead in writing their NIL policies. Although the college would be working off state NIL laws if there were laws already in place, Roberts said she and other members of the athletic department have been working on a policy that would benefit all students and is awaiting legal approval.

“I think initially, for a liberal arts school like ourselves, we would be able to collaborate and work with academic departments for our students that do creative content, that are entrepreneurs and small business owners,” Roberts said. “We have those types of aspirations for our students that are musically and artistically inclined, being able to tap into their whole selves as athletes and artists. Being able to sell their music and artwork.”

Roberts emphasized that her priorities are ensuring that students have all the information they need in the new era of NIL, as well as the proper guidance and counseling. Roberts said she hopes that since the college cannot be involved in NIL deals, students are adequately set up for success. Hutchinson reiterated Roberts’s comments and said if a student wants to profit off their NIL, they must be careful about how they market themselves.

“With getting yourself out in the media a lot more, you have to pay attention to what you are doing,” Hutchinson said. “So, I feel that as a student athlete, you need to be aware of the things that you’re posting, saying, typing in order to make your likeness positive and you don’t make any negative correlation with the college or university that you are at.