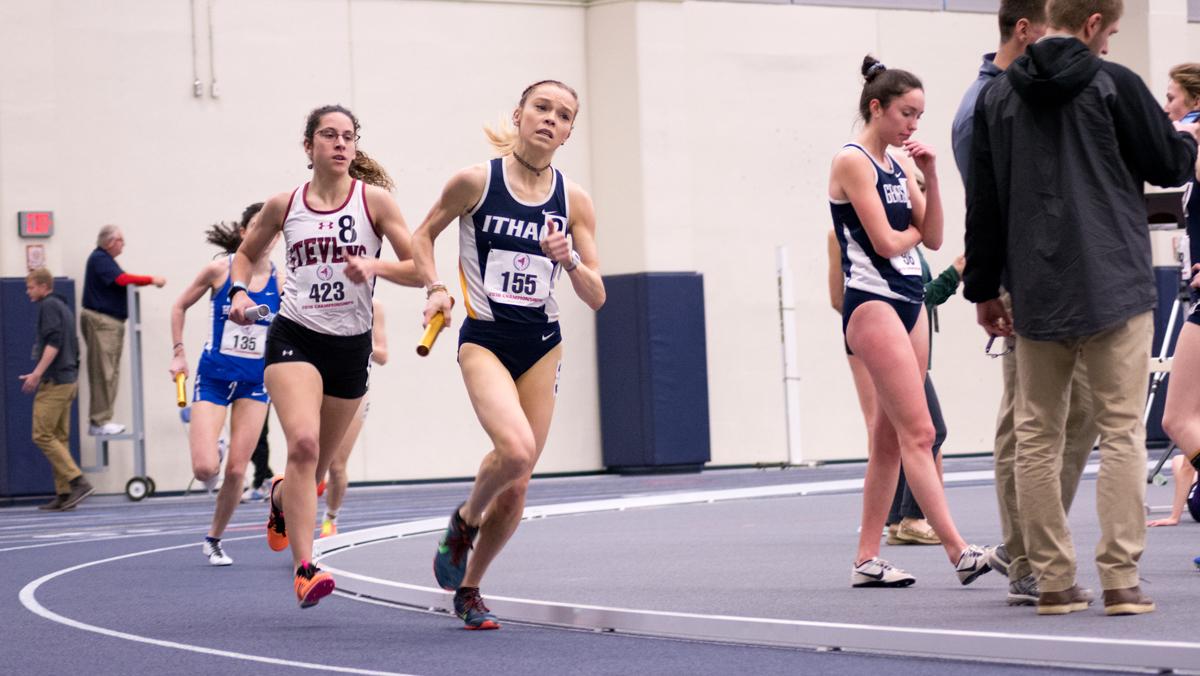 The highlight for the men’s team was junior Martin Desmery setting a new school record in the pole vault with a vault of 4.71 meters, beating the previous record of 4.70 meters set by teammate David Dorsey last February.

For the women, graduate student Katherine Pitman set a new NCAA Division III record in the pole vault with a vault of 4.27 meters, winning the event by almost two feet.

Senior Kassandra Reagan finished in second place in the pentathlon, while senior Amber Edwards beat her own school record in the 60-meter hurdles, finishing in third place overall in the event.

This was the first-ever running of the brand new AARTFCC championships. Junior distance runner Owen Memelo said he was happy with how the weekend turned out.

“It was a pretty cool atmosphere, and we as a team had a lot of good performances,” Memelo said. “It was really cool having it at home. We were able to get fired up every time we saw the ‘Ithaca Bombers’ emblem on the walls.”

The winter season’s concluding meet will take place at the NCAA Championships. The Bomber athletes who participate will be competing at 9 a.m. March 9–10 at the Birmingham Crossplex in Birmingham, Alabama.