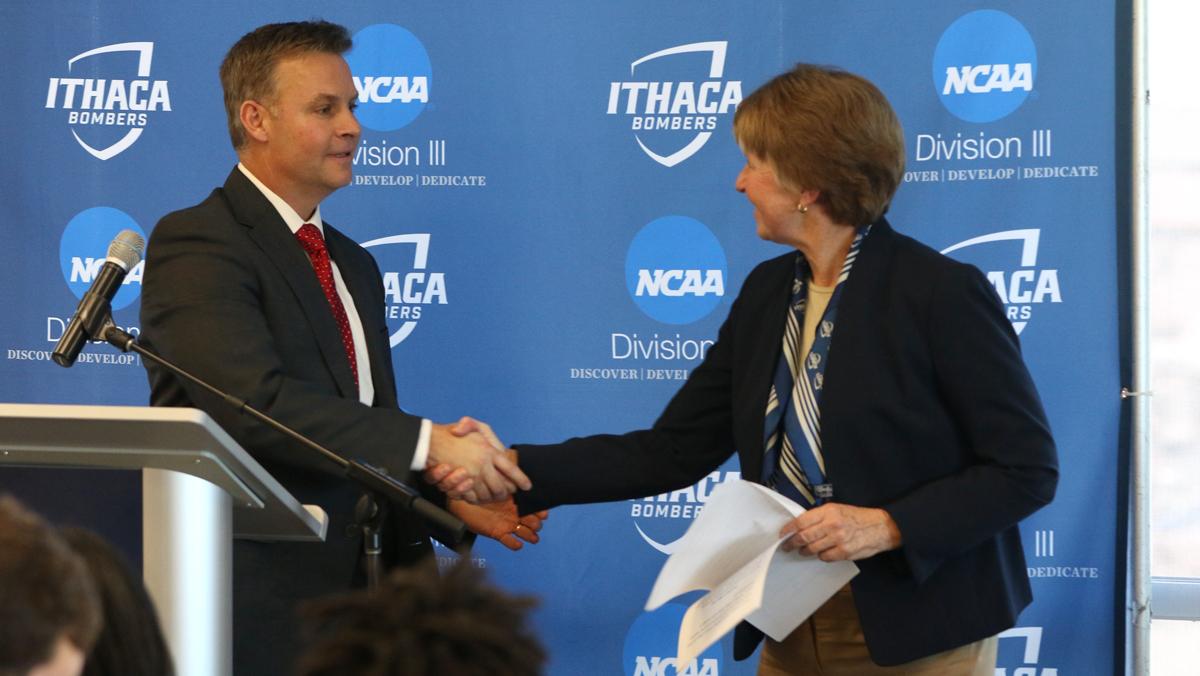 The 2019 Cortaca Jug will be played at MetLife Stadium in East Rutherford, New Jersey, announced Nov. 7.

The 61st annual rivalry game, which is played between Ithaca College and SUNY Cortland, will be played where the National Football League’s New York Giants and the New York Jets play their regular season home games.

Susan Bassett, associate vice president and director of the Office of Intercollegiate Athletics, said a big factor in the decision to move the game to MetLife was an attempt to make the Cortaca Jug the best–attended Division III football game in the country.

Currently, the record attendance at a Division III football game is 37,355 people. The game was played between St. Thomas University and St. John’s University on Sept. 23, 2017.

Bassett said the athletics department is working to get the game televised on ESPN. Along with ESPN, Bassett said, student media will be able to broadcast live from the game. Students in the School of Business and the School of Health Sciences and Human Performance will also have the potential opportunity to participate in and help plan the event.

“We want the [Roy H.] Park School [of Communications], The Ithacan, ICTV and our radio stations to be there and be able to broadcast from MetLife Stadium — that’s the goal,” Bassett said. “Where I think this really captured everybody’s imagination is that this will be a campuswide event.”

Tickets for the general public will be $15, $25 and $35 and will go on sale Dec. 1. Bassett said the funding for the game will come from ticket sales and will also come from the budget allocated for the Cortaca game each year.

Bassett would not disclose how much the total cost of moving the game to MetLife would be. She said she is confident that the ticket sales will be reached to adequately fund the game. She said a minimum of 20,000–25,000 tickets would need to be sold to fund the game.

“What everybody needs to know is that there is absolute confidence that between Cortland and Ithaca, we will cover all costs with attendance,” Bassett said. “I talked about setting the DIII record, which is 37,355. If we get anywhere near that, we will be more than comfortable.”