Volleyball advances to Round of 16 with win over Stevenson 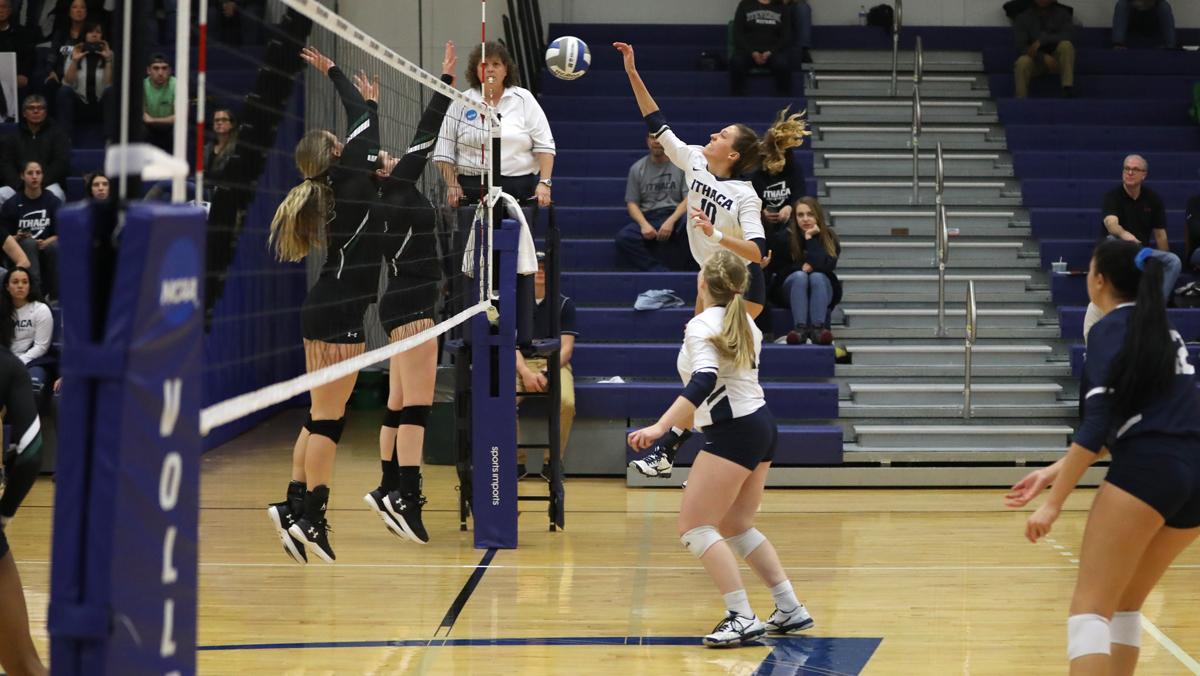 The Ithaca College volleyball team advanced to the Round of 16 after defeating Stevenson University 3–0 Nov. 10.

The Bombers got scoring started in the first set with a kill from sophomore outside hitter Reagan Stone to take a 1–0 lead. In the first set, the score was tied 11 different times. At 23–23, senior middle hitter Katie Evans had a kill to push the Blue and Gold ahead 24–23. With an attack error on Darian Hileman, Stevenson junior outside hitter, the South Hill squad took the set 25–23.

The Mustangs outscored the Bombers in kills 10–9. Stevenson had nine attack errors while the Blue and Gold had eight.

In the second set, the South Hill squad won with a score of 25–21. Hileman had a ball handling error, giving the Bombers a 1–0 lead to start the game. Halfway through the second set, the Blue and Gold found themselves down 12–6 after a service ace by Hileman.

The Bombers began to close the lead with a four-point streak to put themselves down 13–11. Stone delivered a kill to die the game at 21. After that, the Bombers scored four straight points to clinch the victory.

“Stevenson really pushed us defensively,” Evans said. “We had to really focus on getting a good pass and playing every ball more than once — having to be quick and ready to hit at any time.”

“I want to thank them for a great match that I think brought out the best in us,” Johan Dulfer, Ithaca College head coach said. “They are very scrappy, and I mean that in the most respectful way, just an unbelievable defensive intensity and they have this ability to fight.”

The Bombers are back in action against Carnegie Mellon University for the Round of 16 at 2 p.m. Nov. 11 at Ben Light Gymnasium.