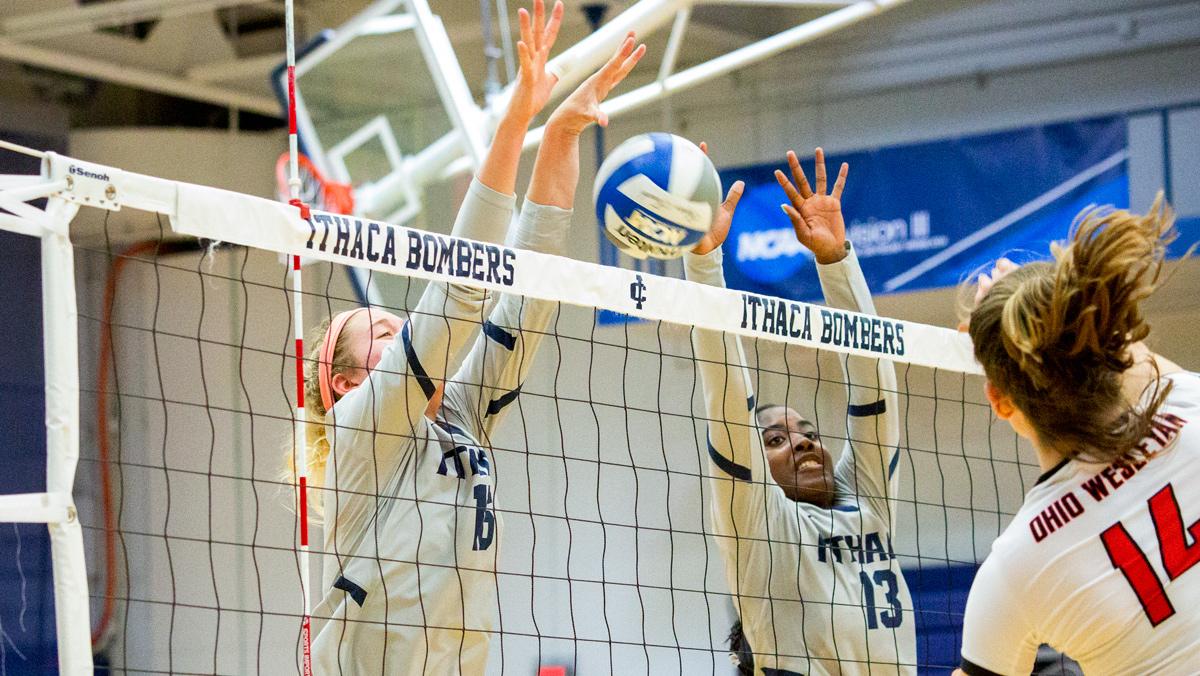 The Ithaca College volleyball team defeated the University of Wisconsin-La Crosse 25–23, 25–22 and 25–18 Aug. 31 in Ben Light Gymnasium. The nonleague win improves the squad to a 2–1 record so far this season.

Despite the Bombers winning all three sets, the game was competitive throughout, and the South Hill squad did not pull away until the final set. The first set saw plenty of lead changes, and it was tied at 23–23 before the Bombers took two straight points to win the set.

The South Hill squad held a lead for the majority of the second set, but the Eagles continuously fought back to tie the score. After a tie at 15 points, the Bombers took the majority of points for the remainder of the set and came out with a 25–22 win.

In the third set, the Bombers jumped out to a 6–0 lead and never looked back. They led the entire set by at least two points.

On defense, Basey led the Bombers in blocks with one solo and two assists, while Floyd added two assists and freshman middle hitter Jennifer Pitts added one assist. Hayashi dominated on digs with 19, while freshmen defensive specialists Grace Isaksen and Hannah Hughes added 10 and nine, respectively.

Stone said the win helped showcase the team’s ability to adapt, especially in response to its loss to No. 19 Berry College on Aug. 30.

“We rebounded from last night really well,” Stone said. “Everybody played well, and we really played Bomber volleyball today. We are hungry for more.”

Head coach Johan Dulfer said the tournament helped him get a better sense of the talent level and ability of this year’s team.

“We didn’t know what the identity of the team was for this season, but I believe we know after this weekend,” Dulfer said. “We are a strong defensive team, and we’re able to win because we came up with big digs at the right time.”

This was the South Hill squad’s third competition of the weekend as a part of the Bomber Invitational. The team posted a 3–1 victory over Ohio Wesleyan University on Aug. 30, dominating the Bishops in sets two and three with scores of 25–11 and 25–14.

The win over Ohio Wesleyan was followed up by a tough 2–3 loss to Berry. The first four sets were close, but Berry came out on top in the deciding fifth set with a score of 15–10.

The South Hill squad is back in action at 7:30 p.m. Sept. 6 against No. 3 Juniata College in Huntingdon, Pennsylvania.