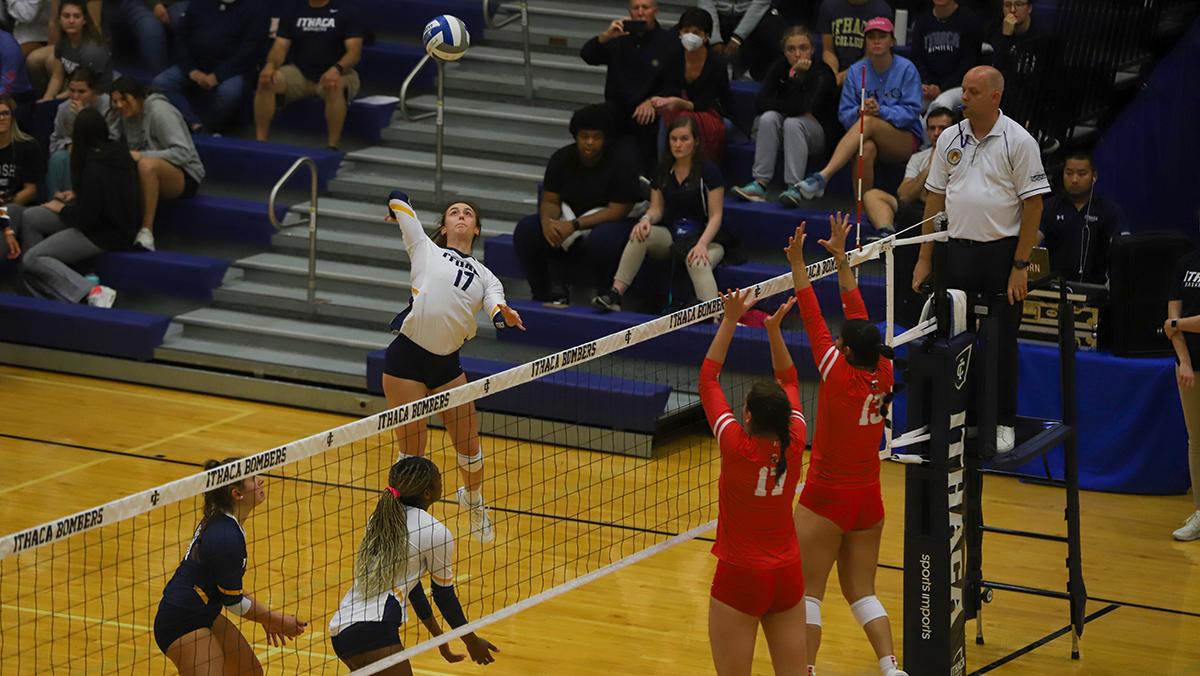 The Ithaca College volleyball team defeated the rival SUNY Cortland Red Dragons 3–1 Oct. 11, continuing its win streak and improving to 15–3 on the year.

The fans in Ben Light Gymnasium brought an extra level of energy to the match. The Bombers started off the first game of the match strong with powerful serves from the team. Both teams played strong blocks against one another, but the Bombers won the first game 25–14.

The pressure was on in the third game as both teams continued to bring a fierce competition to the match. The score was very tight for the majority of the game, but the Bombers took over, thanks to players like sophomore outside hitter Faith Sabatier, who had several kills in the game. The Red Dragons put up a good fight by picking up many of the hits from the Bombers, but it was not enough, and the Bombers took the lead and won the third game 25–17.

Head coach Johan Dulfer said he was proud of the team for not giving up and continuing to work as a team throughout the match. Dulfer shared that playing a difficult match against a strong competitor can show the team where their weaknesses are.

“[The match] wasn’t perfect, but again, [SUNY Cortland is] a very good, very well coached team and it’s hard to find holes, but we served better than they passed,” Dulfer said.

Darko shared similar sentiments to Dulfer, saying that she was proud the Bombers were able to come back to win the match after losing the second game. Darko also shared how their game today can help the team reach their end-of-season goals.

“We’re hoping to be Liberty League champions and make it to the tournament, but I think we have a good chance if we continue to play how we played today and just stick together as a team,” Darko said.

The Bombers play their next match against Marymount University on Oct. 13 when they head down to Arlington, Virginia.