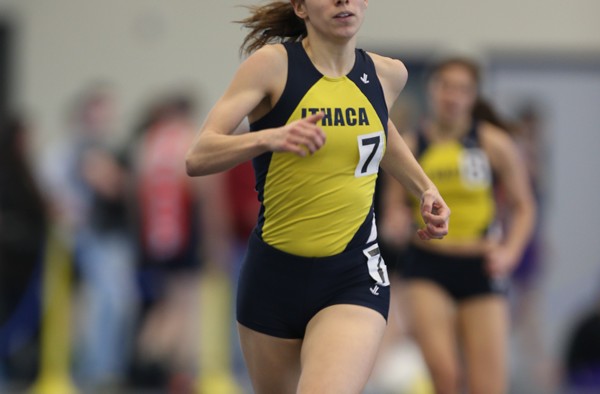 Both the men’s and women’s indoor track teams are continuing to have success this season. The women won their sixth-straight Empire 8 Championship this season. Women’s team members have beat three school records so far this season. Senior Jenn Randall broke the school record in the 500-meter and the 800-meter. The 1,600-meter relay team, consisting of Randall, freshman Eliza Dewart, sophomore Harmony Graves and junior Martyann Chromik, has also set a new school mark.

The men’s team won its sixth-straight Empire 8 title, and senior Alec Svoboda set a Heptathlon school record with 4,418 points Feb. 3. Next up for the Bombers is the New York State Collegiate Track Conference Indoor Championships in Ithaca at the Athletics and Events Center. The events begin at 10 a.m. Friday and will continue at 10 a.m. Saturday. The women’s team is going for its fifth-straight state title, while the men look to improve on their 2nd-place finish from last year.