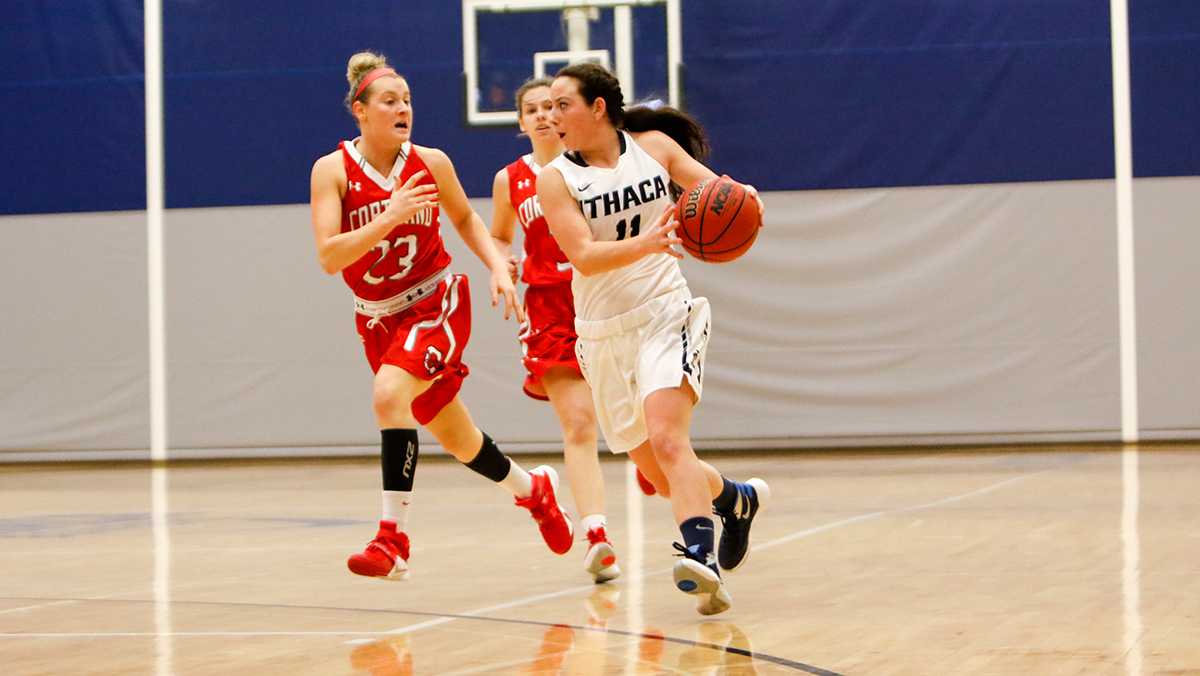 The women’s basketball team extended its win streak to three games and improved its record to 3–2 on the season with its 62–48 win over SUNY Cortland on Dec. 1 at Ben Light Gymnasium.

The first half of the game was a back-and-forth affair with no team ever having a lead greater than four points. The Bombers entered halftime with a 26–23 lead off of 37 percent shooting.  They were once again without junior starting point guard Alex Gilligan, who is injured with a knee injury, so sophomore guard Erin Woop started in her place.

Head coach Dan Raymond said the team’s defense was what allowed it to extend its lead in the second half.

“We played really good defense, which allowed us to get some good shots up,” Raymond said.  “Ali [Ricchiuti] really got us going, but we also wanted to emphasize getting the ball to Erin Ferguson. But it all started with our defense.”

Ricchiuti, a junior guard, said along with the defense, the squad’s rebounding was a key factor in the team’s ability to take over in the second half.

“We did a great job getting defensive rebounds, which prevented them from getting a lot of second chances,” Ricchiuti said.

Ricchiuti logged a double-double for the South Hill squad with 15 points off of 6–13 shooting, including 3–7 from behind the arc and 13 rebounds. She attributed her performance to her teammates’ ability to spread the ball and her desire to stop Cortland’s offense.

“We did a good job of finding the open shooter, and we had a lot people who had a good shot make the extra pass to get a better shot,” Ricchiuti said. “My rebound came from not wanting them to score again, I didn’t want them to get the second chance shot.”

Raymond said Ricchiuti’s game could have been bigger had she not passed up on more good shooting opportunities.

“I don’t understand why I have to tell her to shoot,” Raymond said. “She’s such a talented player that I think she sometimes defers to her teammates too often. I wish she would look for more opportunities sometimes.”

Cortland was led by junior Stephanie Rice with 20 points. However, head coach Jeannette Mosher said her team needed to talk more to be able to bring home the win.

“We didn’t communicate, and communication can solve problems for a team on both ends of the floor,” Mosher said.

The Bombers will look to extend their winning streak to four games when they hit the hardwood again at 4 p.m. Dec. 5 when they take on St. Lawrence University at Ben Light Gymnasium.