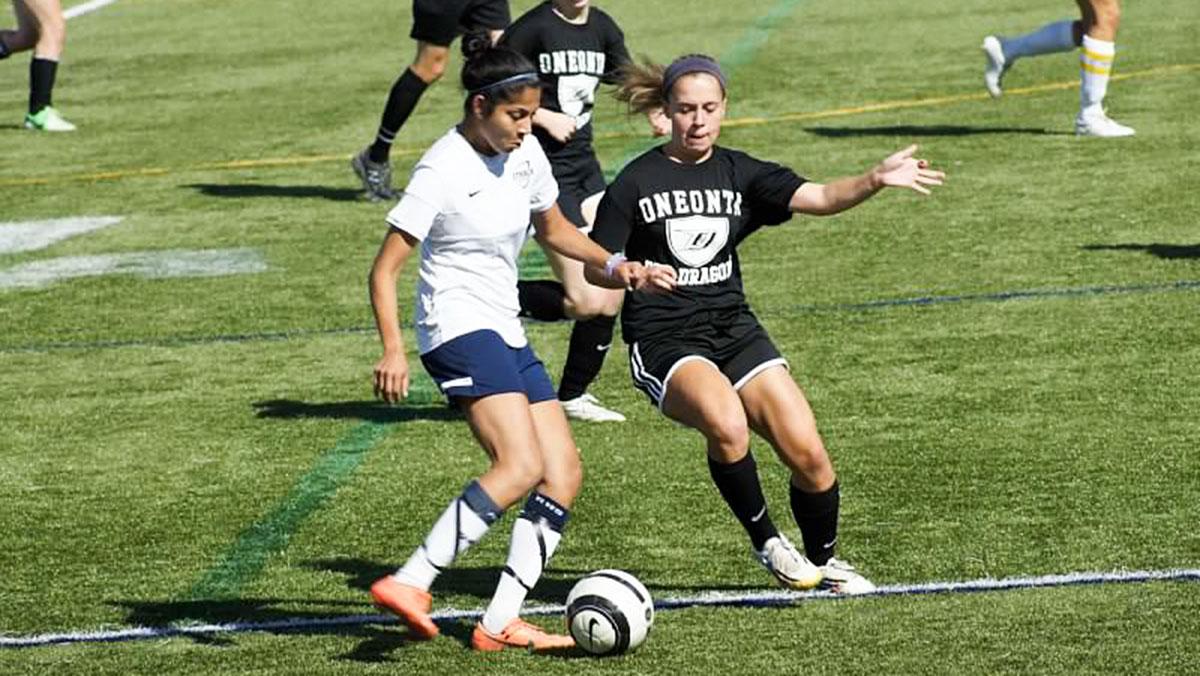 When head coach Andy Baker started the women’s club soccer team with a few of his friends in 2002, he was trying to remain involved in his favorite sport that he could no longer play due to injury. Twelve years later he coached the uniquely nicknamed Wombats to an undefeated regular season record and their first chance to play in the national tournament.

Baker said he knew some women who wanted to play at the club level and they wanted him to help them create the team.

“I was on the men’s club soccer team when I hurt my knee,” Baker said. “Some girls who I had played intramurals with asked me to help them start a women’s club team, and we had our first tryouts and competitive season in 2003.”

The team finished its regular season with a record of 8–0–2 and maintained the No. 1 overall ranked team going into the regional tournament.

Baker said the team should be incredibly proud of how it has performed this season.

“It’s been a banner year for us,” Baker said. “This is the best team we’ve fielded in my 12 years of coaching the team … The girls have worked so hard, and it’s showing in everything they do.”

While the Wombats were the top-ranked team in this year’s regional tournament, they lost all three of their matches in the group stage, thus eliminating their chances of making the
national tournament for the first-time. Senior Marisa Nizzi said losing was difficult but they were aware that everyone was trying to take them down.

“We went into the weekend anticipating to have a target on our back and that people would be after us as the first–place team,” Nizzi said. “It was very disappointing that we weren’t able continue our success.”

Senior Julie Nishi said the team was well aware of what needed to be done to be victorious at regionals but that she is proud of all the success they had this year.

“We knew what we had to do, we just weren’t able to do it,” Nishi said. “Now it’s more important to look back at what we’ve done and all that we have accomplished.”

Nizzi said the team’s bond is incredibly strong no matter how long someone has been on the team.

“We are a family,” Nizzi said. “We are always looking out for each other, whether you are a senior or it’s your first day on the team. It’s very accepting and loving.”

Sophomore Haley Wist said Baker is invested in all of his players both as a team and individually, and with Baker being the only coach the team has ever had, he is able to get the team to work as a unit.

“He cares a lot about each individual player … He wants the best for everybody. He wants everybody to have playing time, and he supports what we want,” Wist said.

Nishi said Baker is passionate about the team, and he wants the team to perform to the best of its abilities.

“He has so much love in his heart for life, for soccer and for each and every one of us on the team,” Nishi said. “I don’t think there is a time of the day when he is not thinking about our team. He could be working and he’ll text us about a play he wants to run the following weekend. He is beyond dedicated, and he wants us to love the game as much as he does.”

Baker said his main motivation is helping the players to become better.

“I’ve been dedicated to this team. I do it every year, and it’s all because of the girls,” Baker said.

Next year’s team will look very different from this year’s team, but Baker said the changed composition of the roster likely will not have a big impact to the team’s future success.

“Every year I pretty much have a brand new team, and it can be a struggle to get that team to mesh,” Baker said. “What has made us successful is the girls’ ability to build relationships and play like a team.”

Even though she is no longer a part of the team, Nizzi said she is excited for what is next to come for the women’s club soccer team.

“These girls will be a force to reckon with in the years to come because they have so much heart, passion and love for this game,” Nizzi said. “They got a taste of what it’s like to be No. 1 and that taste doesn’t just go away.”