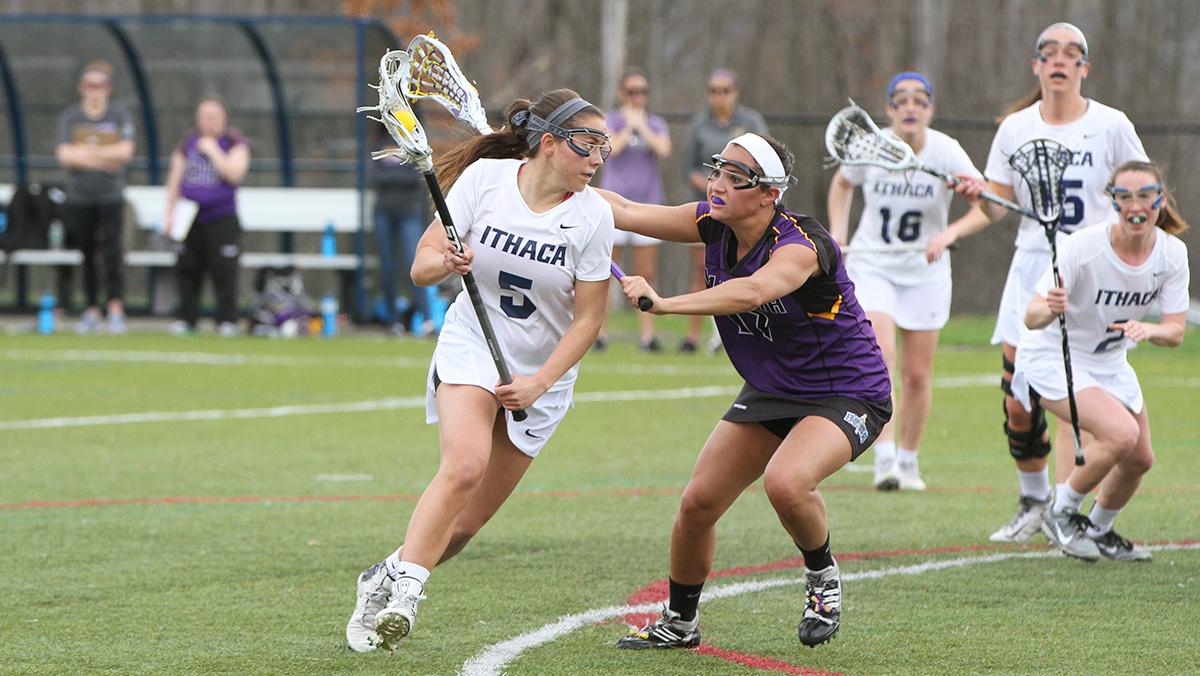 FERNANDO FERRAZ/ THE ITHACAN
Sophomore attacker Allie Panara running with the ball and looking to pass to a teammate in the Bombers win against Nazareth College 18–8.
By Samantha Cavalli — Assistant Sports Editor
Published: April 17, 2017

The Ithaca College women’s lacrosse team defeated Nazareth College 18–8 April 15. The Bombers are now 11–2 on the season with a 6–0 record in conference play.

Within the first opening minutes, the Golden Flyers got on top scoring two goals. After that, the Bombers scored five straight goals to take the lead and kept that lead for the remainder of the game.

In the second half, the South Hill squad outscored the Golden Flyers 9–3. The Bombers went on a five-point run to take the lead over the Golden Flyers 14–6. The Blue and Gold capitalized on four more points later in the half to defeat Nazareth 18–8.

The Bombers next game will be at 5 p.m. April 19 at Higgins Stadium when they take on Hamilton College.