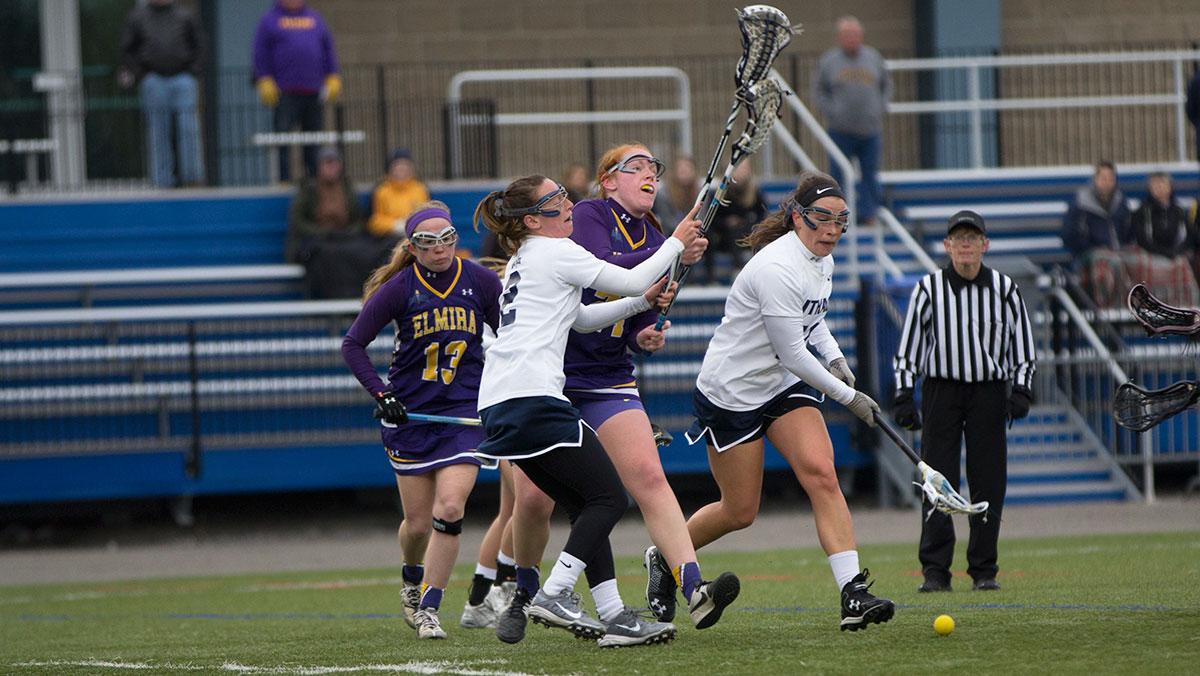 After losing the past three consecutive seasons in the Empire 8 Championship game, the women’s lacrosse team will look to change their postseason luck around as they host the Empire 8 playoffs May 7–8 in Higgins Stadium.

The Bombers will enter the four-team tournament as the No. 1 seed after finishing the 2016 regular season with an undefeated 8–0 conference record. It is the fourth time in five seasons the Bombers have gone undefeated in conference play and the fifth time in seven seasons that the South Hill squad has hosted the Empire 8 tournament. The Bombers have played in the championship game in the past three seasons as well, but lost each time to St. John Fisher.

Senior Riley Marion said the team has been preparing and is ready for the upcoming competition.

“We feel excited and ready,” Marion said. “We have the motivation to bring our team to some new heights that we’ve never been to.”

The team has been able to overcome several preseason obstacles to get to their current position. Their biggest changes have been the implementation of the new defensive system set by first-year head coach Karrie Moore and losing their best scorer, senior attackman Allison Runyon, to a preseason ACL tear. In Runyon’s absence, the Bombers have had to find new scoring threats such as freshman midfielder Allison Panara, who racked up 34 points in her first collegiate season. The Blue and Gold have other key veteran players take control of the team, such as Marion and junior midfielder Morgan Cadwell.

The Bombers will play Nazareth College in the semifinals at 11 a.m. May 7 in Higgins Stadium as they look to end their playoff curse.