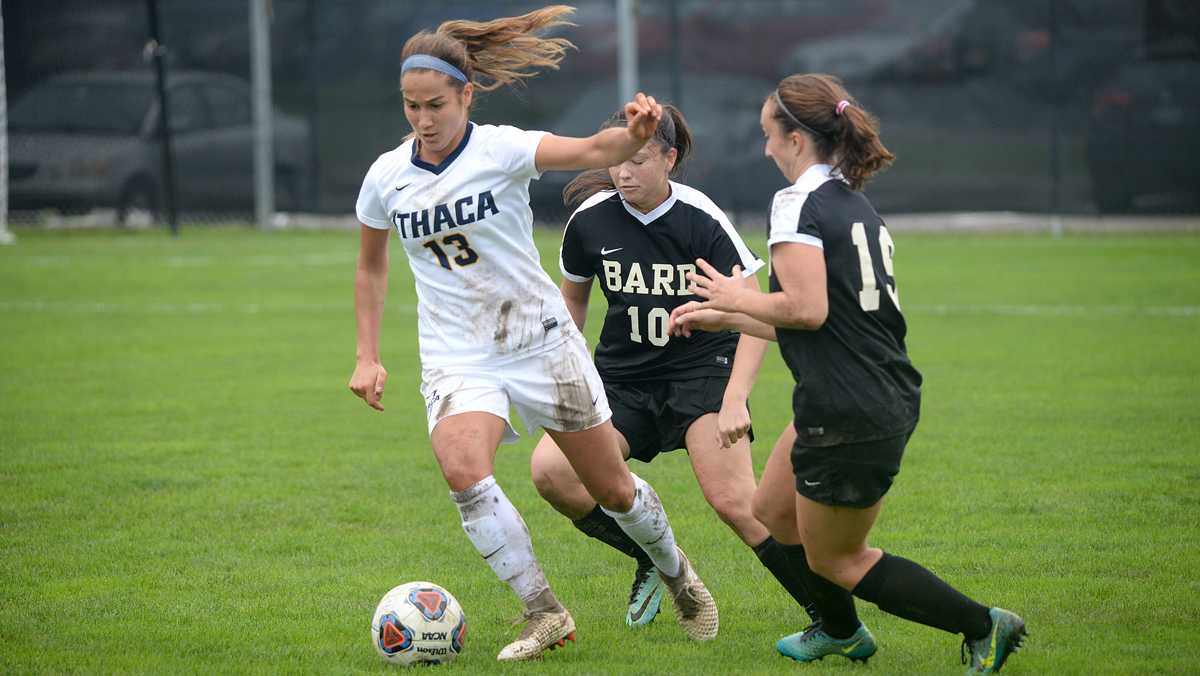 The South Hill squad led the fight in the first half, taking five shots to the Raptors two. Nineteen minutes into the game the Blue and Gold scored their first goal. Senior forward Sarah Pirnie scored off a cross pass from junior midfielder Elise Leavitt.

At the start of the second half, both teams came out with tight defense. This tight defense caused the bombers to commit eight fouls, with the raptors committing five.

The Raptors were only allowed two shots in the second half, with the Bombers attempting nine in the half. A little over halfway through the second half, the Blue and Gold scored again. Pirnie was able to connect again with a breakaway give and go by first year midfielder Megan O’Reilly for her second goal of the game.

At the end of the game, the South Hill squad was able to pull away with the win.

The Bombers moved to 9–1–2 on the season. The Blue and Gold will try to retain their record as they face Skidmore College in a Liberty League Conference matchup at 4 p.m. Oct.12 at Wachenheim Field in Saratoga Springs, New York.